The next great adventure begins. After loading up we were in Napton Top Lock at five past three this afternoon, at ten past four be were leaving the bottom lock to moor just round the bend at the Folly Moorings.

By the time we arrived at the boat the sun was shining and the sky was blue, the best bit was it stayed that way. There was no wind and hardly a ripple on the water. It felt more like April than January. 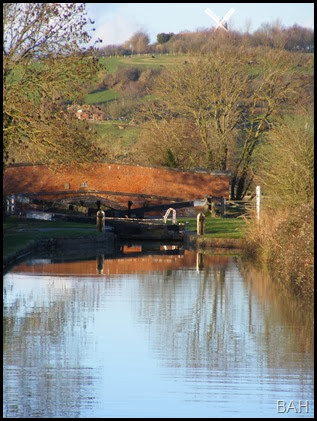 The flight was very busy, not with boats, we didn’t see one and all the locks were against us, but walkers, some with dogs and some just enjoying a Sunday afternoon stroll in the sunshine.

Now the down side, it looks from the voltages as if we have a battery going down, so that will require further investigation, I think they are now 4 years old so not doing bad.