Last night was warm and we went to bed with the engine room doors and back slide open.
This morning was warm but just as muggy, the river had virtually no flow on it this morning unlike when we moored up yesterday afternoon.

We set off at 10-30 and stopped in Prickwillow to fill with water. While we were there I wandered over to the Pumping museum and saw that work has started on there new extension. Interestingly they have had to run the floor over the new pump discharge pipe, to do this they have constructed a metal frame over it to carry the thin joists. 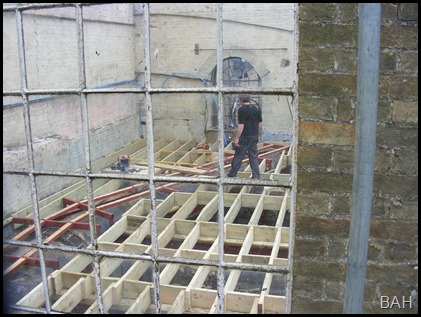 Close by there are a pair of houses that are having what looks like sheets of hard foam about 4” thick screwed to the outside walls, this is then being rendered. I can only think this is to improve the insulation value of the property. 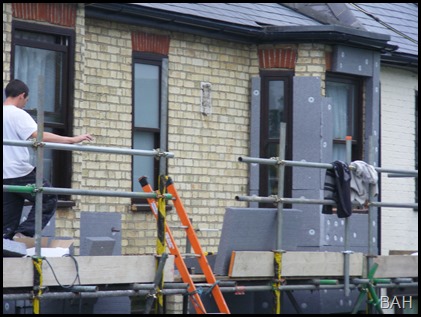 Once full with water we were off again, I am always surprised how much more friendly river fishermen are than canal ones, even the ones concentrating on hook tying lookup and give a nod or other greeting. It wasn’t long before I spotted another Narrowboat catching us up, but after rounding the bend in the river we never saw them again even though the river is dead straight for half a mile.
We saw one or two families of swans today, but we have seen very few signets considering how many swans we saw nesting. 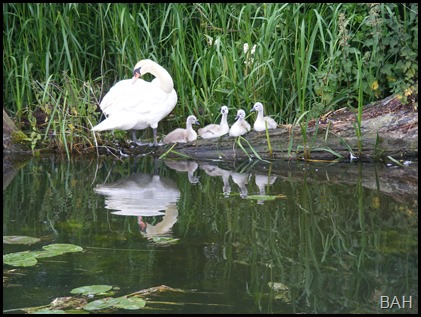 We also saw a family of Egyptian Geese with minute goslings. 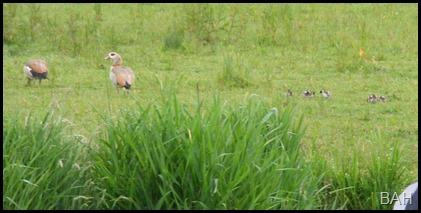 There is an old 8 sided wind pump on the banks of the Lark, it is believe to be the last remains of one in existence. There was a lovely reflection but the murky weather didn’t do the photo any favours. 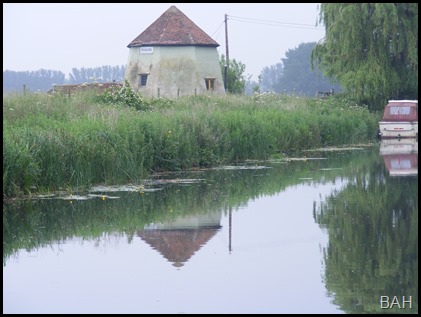 On the far bank the horses were chewing each others backs, a real case of you scratch mine and I’ll scratch yours. As we were about to leave Isleham lock in the rain a Fox’s Narrowboat came into sight behind us, but I think they must have turned round because we didn’t see them again.
At Judes Ferry I winded by backing into the slipway beside the pub garden, the reason I do it this way is then the flow of the stream carries the bow round, if you put your nose in, which is the normal way to turn round you are driving the back round against the flow. 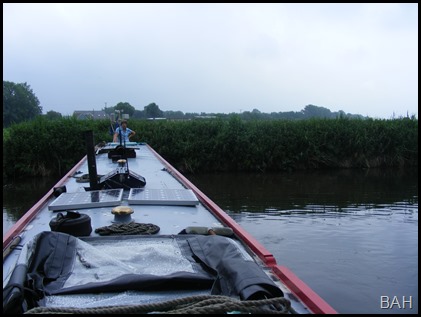 Moored behind me in the slipway there are two small weed cutters belonging to the Environment Agency, there are so many different design of these little craft. 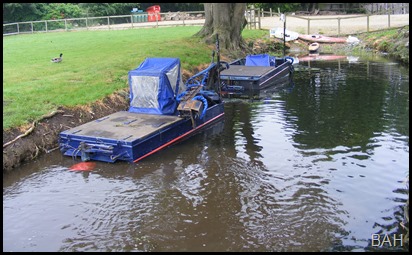 Looking upstream past the pub it looks very inviting but within 200 yards of here you would be hard aground. We backed up and 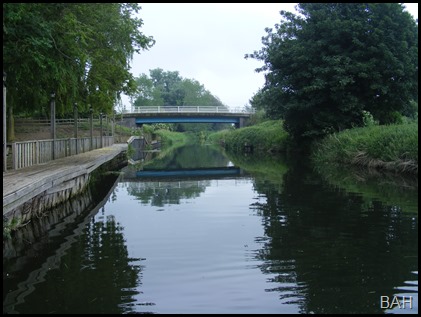 moored at the far end of the moorings deploying two poles to stop us drifting under the overhang,  we went to the back end to leave room for the hire boat to turn and moor, but they never showed up. 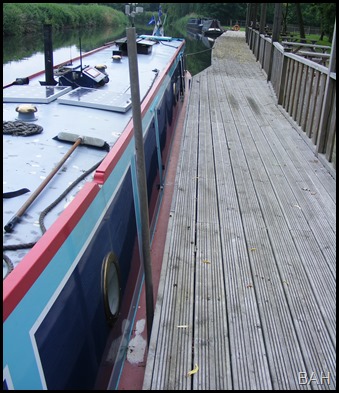 They missed the nicest part of the river in my opinion. It was only just after 2 pm and the sun has come out for a bit, we may draw forward a little later to a straight bit of the quay.

Just read the report on yesterdays accident at Littleport where an 18 year old lad was killed. See Here