Last night we had a Chinese takeaway from Wongs and found it very enjoyable.

First job today was to get a bit of paint onto the rust spots we treated yesterday so that made us a bit late in getting away. 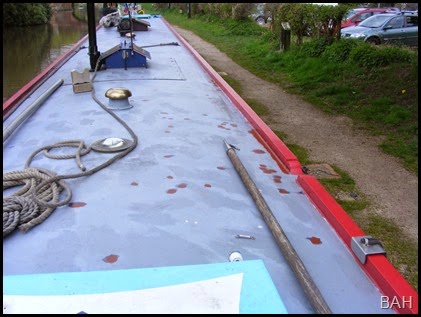 First port of call was to fill with water at the services at the CRT West Midland Office almost opposite. I find it surprising that they don’t offer toilets and showers at this location. Once the rubbish was dumped and the tank filled we moved on to Hopwas where we stopped for lunch and had a walk up to the church, its an unusual building of brick and timber, inside all the woodwork looks like a tithe barn supporting the roof where as all the walls are finished brick work.

While we were moored there one of the other Harnsers sailed by, a Steve Hudson vessel. The latest owner, there have been at least 3  said it was nice to meet the person who people thought he was. 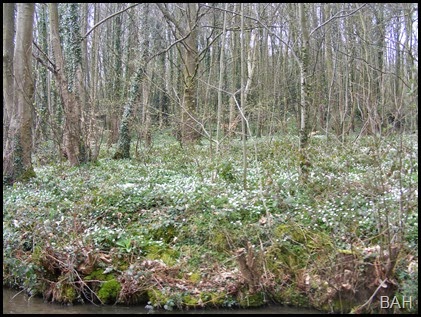 Further along the railway runs parallel to the canal and the

smartest freight train I have ever seen shot by. At Huddlesford Junction the train crosses the canal. Also at the junction is the Litchfield cruising club and in their front garden a swan has set up residence. 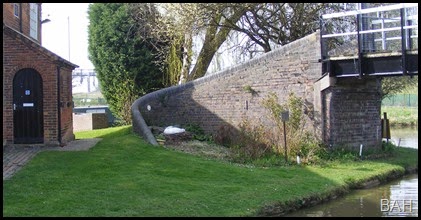 Last time we were this way on the 8th. March The Plough pub was closed and advertising for new management, today it was open again with people sitting out in the garden drinking. We decided to carry on to to Fradley Junction for the night, I wanted to moor on the right to put a bit more paint on top of the primer. In the village we passed the other Harnser moored up so stopped for a few words before continuing on to the junction. As we approached I could not only se a space but also an ex working boat approaching. I thought he had stopped to let me through, but when we got in shouting distance he said his intention to moor in that lovely spot, so I drew back so he could cross the cut and get. Luckily for us there was a gap just passed the next boat about 60 ft long and the owners of the boats each end came and took our lines, so we were pulled sideways to be a nice fit. As it turned out I knew the boater by our stern and also the owner of the ex-working boat that had beaten us to the other mooring. Shortly after arriving all the red oxide blotches have turned grey as have the ones on the side which really should be blue and white, that can be changed another day, for now its protected from the weather. 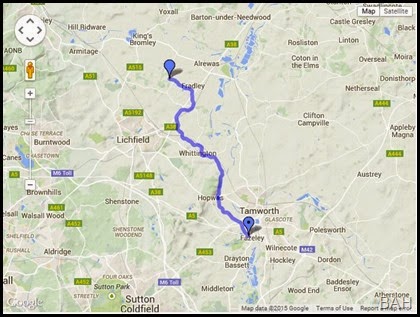