Occasionally the International Space Station is visible for quite a long time, last night was such a night and looking across the canal we had a good view of where it should rise, about 2102 hrs it appeared as expected and we were able to watch until it was overhead, then the trees on the towpath side blanked it out. I still marvel that it just keeps going round and round.

This morning I needed to sort out the Dickinson flue connection, When we argued with bridge 9 up the Caldon canal and knocked the flue off it belled the end of the roof transition part, luckily this is about 3” longer than necessary so I was able to easily trim half an inch off and get rid of the damage, so now the chimney stand up OK again. While doing this we noticed that the boat was about 30 forward of where we moored last night, we had tied to two loops of blue string that someone has conveniently attached to the piling and they both snapped.

We set off a little after 10 30 am and had a 4 mile trip the the winding hole to turn round. Someone has moored this raft in the winding hole and it really concentrates the mind as the ends of 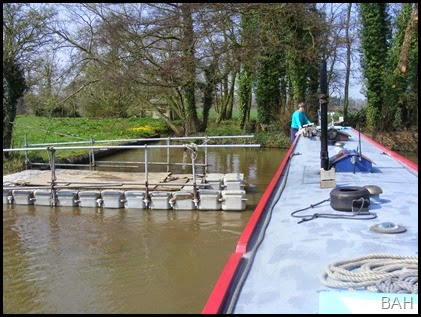 the scaffold hand rail are ideal to do a window in or gouge the cabin side.

At Grendon Dry Dock a duck has decided to nest on the foredeck of an old butty that is awaiting restoration. 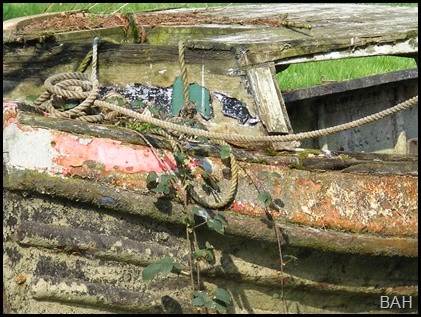 Look closely, her head is just behind the mooring line by the fore stud.

We headed back the way we came stopping in Polesworth for lunch. Before setting off again we had a session with the Kurust on the cabin sides and roof rusty patches. We only got as far as Alvecote Marina where we ended up in The Samuel Barlow for a pint and a good chat with Mike and Krystyna, I am not sure what time we left them but it was gone 6 when we got to Fazeley Junction. On the way we passed a Kingfisher’s nest. 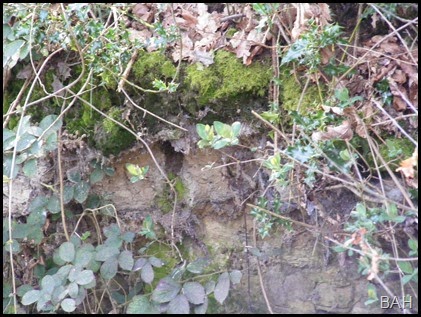 I wont be saying where it was, but its the first I have seen and that was only because the Kingfisher went into and out of it as we approached. The locks at Glascote were with us and no queues so that was a bonus to add to our sunny journey. The buildings right on the junction at Fazeley look finished, 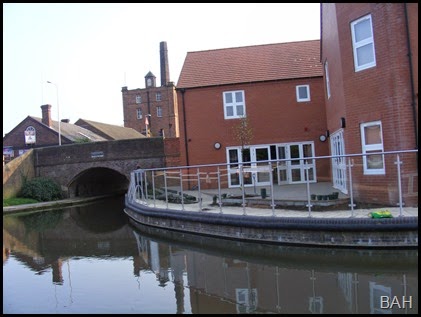 I am not convinced that a glass fence is the best idea along the canal bank in an area that has its share of vandalism but time will tell.

Another  thing we noticed in Tamworth is that the Anchor Pub, canal side at bridge 73 is now a building site which will soon open as a Co-op store, I wonder if they will rename the bridge Co-op Bridge? it doesn’t quite sound the same as Anchor Bridge. 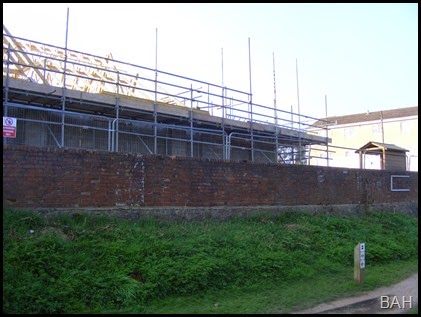 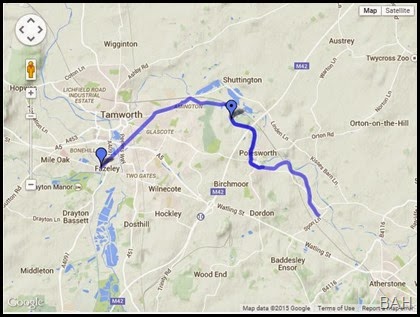