The sayings go “ March, in like a lion and out like a lamb” well that was wrong and “April showers” that one is defiantly right including hail again.

last night the wind was gusting up to 40 MPH but moderated quite a bit today. We left at 1045 hrs just as a working boat was coming out of the bottom lock, the first of many. The farm shop at the top of the flight has reopened and we bought some lamb chops there. April showers came and went, the wind picked up and died down and even a spot of sun and hail to see us on our way.

It wasn’t long after this that we met Spay towing Betelgeuse. 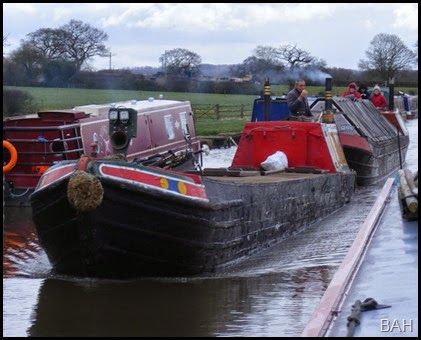 This was not the end of the lovely old boats but the only pair we saw, there was also Sharpness a gem of a boat in my opinion and 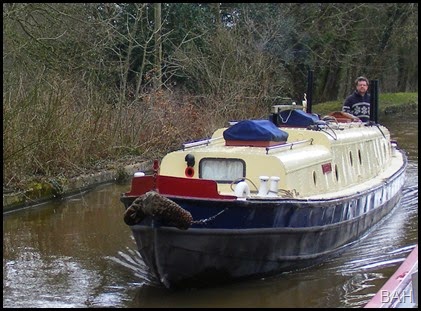 one I failed to remember the name of, but it has a bird plate on the side.  I have since been told it was Dove. 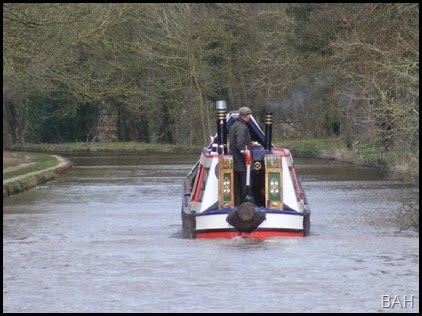 We also passed Governor at bridge 52 a Alfred Matty & Sons Ltd tug who had broken his gear linkage.

We passed through Market Drayton where there are lots of vacant long term moorings which look to be a reasonable price.

A little further along the cut is Talbot Wharf once the home of a thriving hire base. 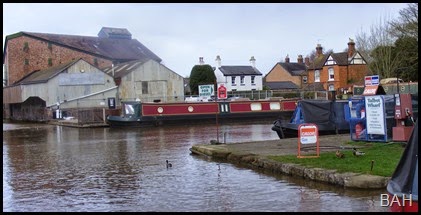 It was here we saw a CaRT man walking the towpath ahead of us windlass in his belt wearing a life jacket, he walked all the way to Tyrley Locks where he helped us up the flight, I think this is the first lock we have turned on our way back as we had caught up with a hire boat, even then it was only two locks before they were coming down again. Just below the locks on the tow path side there is a solid wall of rock with a small hole in it. 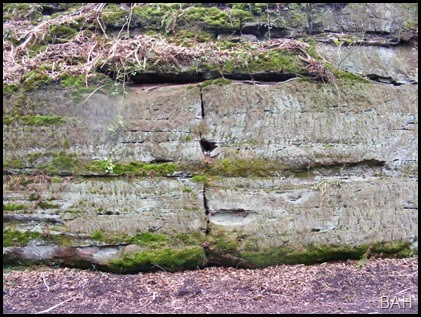 Into this hole someone has inserted a small butterfly shaped mirror and if you look very carefully you can see a selfie of me in that mirror as I photographed it. 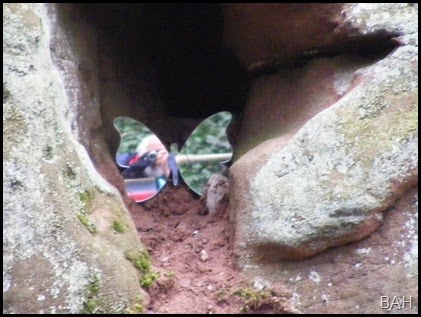 One of the boats we met in the flight, it had just turned 1210 hrs and he said he planned to be at Nantwich that night, so I guess he got there about 10pm with the amount of traffic ahead of him making him turn every lock.
The old wharf at the top of the locks looks quite nice considering 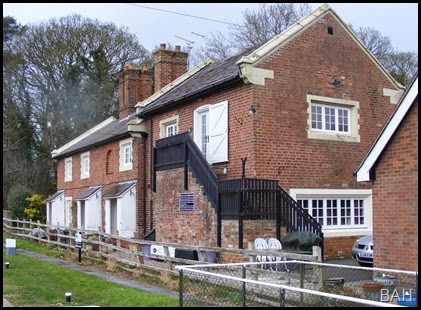 its been turned into a dwelling, the other side of the lock has been cleaned up now the contractors have finished down the cutting. They have installed rock gabions to hold the land back and lade a heavy stone towpath over the mud.

I wouldn’t like to say when they will be back because this is what we saw in the section between where they have been working and the lock. 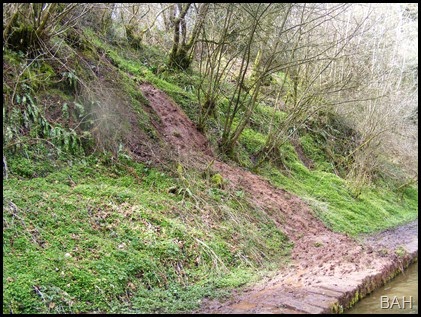 There are so offside moorings just beyond here, it looks almost a hippy encampment in the nicest way, one of the boats moored 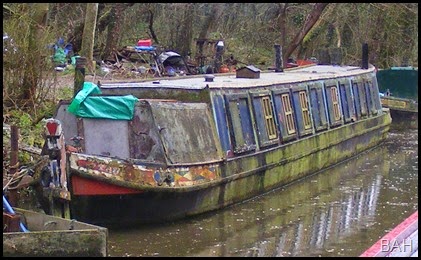 here is the old hotel boat Taurus which use to be towed by the motor Snipe, Both Taurus and Snip have been replaced by reincarnations. Parked just behind her in a rough shelter is what I think is an old Standard or Riley? I have just been informed from Canada that this is a 1949 Daimler DB18. 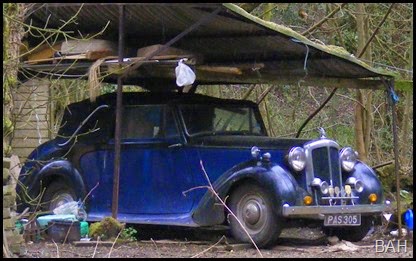 We decided to make for Norbury Junction although the moorings by the Anchor were almost empty, just the same boats as when we came down. Needless to say as soon as I passed the moorings it started to rain again and we tied up at 1715 hrs. 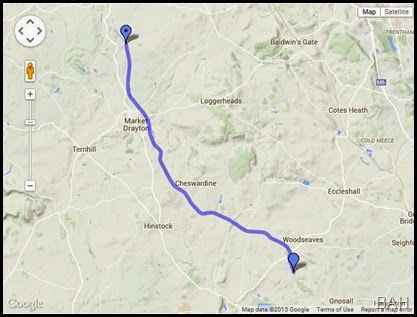 You just missed "Mintball" in your photo of those mooring at Market Drayton. I can't think why there are so many spaces - they are very reasonably priced and have water and electricity, you can wind, and town is not a long walk away.

Perhaps most people either want a full marina or to pay as little as possible, but we find them a very acceptable intermediate.