Much more like spring today, the wind has died away, no rain and the sun has been shining, nothing like the forecast thank goodness. We were away just after 10 AM, my body is still on the old time at each end of the day, the middle seems OK. It wasn’t long before we were passing Norbury Wharf I have to give them a 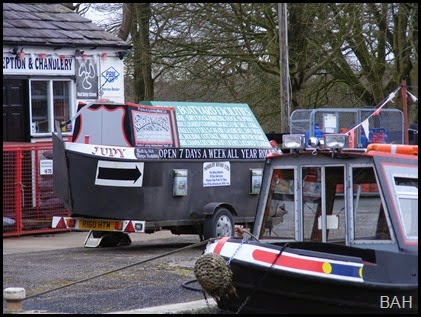 plug as without there free WiFi there would have been no blog last night. They also control the arm opposite which is the beginning of the Shrewsbury and Newport Canal which now terminates with a dry dock. They also sell FLAM free diesel for 59.9p lt self declaration. 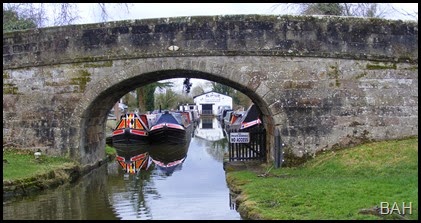 Just beyond the Wharf is the Canal and Rivers Trust Norbury maintenance yard with its historic buildings. 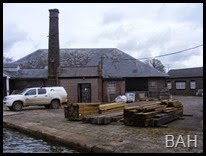 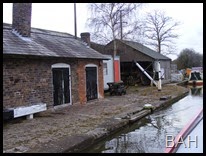 We stopped at Turners of Wheaton Aston as they are one of the cheapest suppliers of diesel on the system and took on 180 lts. and then went a few hundred yards further up the canal to fill with water.

Wheaton Aston Lock was the only lock today and that was with us, add the sun and its a good days boating.

I seems that the RAF have followed us from the Llangollen Canal and are still buzzing us, you can see the RAF markings on this one, even though they look like Police Helicopters. 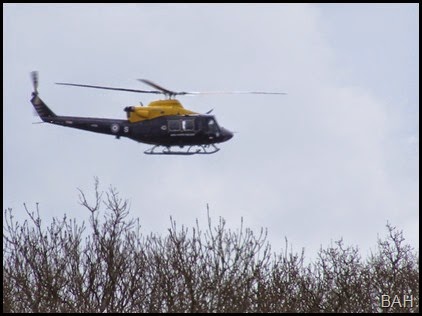 The grass cutting gang were hard at it, I wonder how far they walk in a day, one chap on a ride on doing the bulk and two chaps with strimmers.I watched what he did when he got to a moored boat. He stopped strimming just before the boat and then turned round, working backwards passed the boat so the cuttings flew away from the boat. 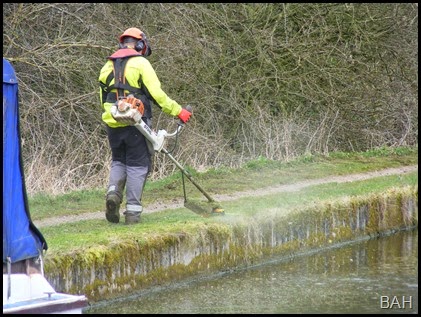 Here he reverted to forward strimming so the grass shoots over the water, he did stop while we passed, so no complaints there. One of the reasons you cant moor just anywhere on this canal is due to its construction, the edge is concrete and just below the water is a ledge, this ledge supports the equivalent of paving slabs laid at a very shallow angle. 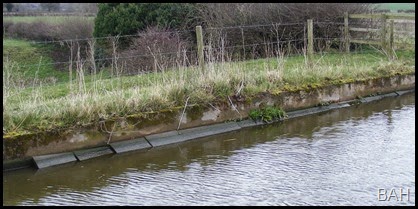 In many places where the canal has been dredged to the edge you still have the ledge to bash up against all night. If we encounter this we float two wheelbarrow wheels between the boat and the edge which holds us off. This canal is a marvel of engineering of its day, at times you are on a long embankment maybe 20 to 30 feet high for hundreds of yards at other times cuttings through solid rock and if the rock was too bad they cut tunnels through it like this 80 yard one at Cowley. 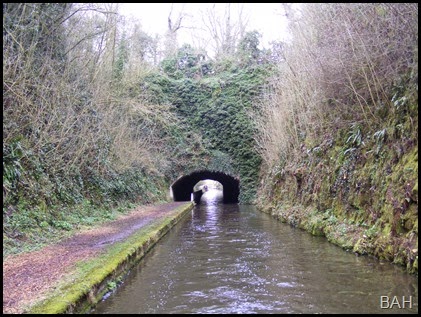 On our way to Brewood we were lucky enough to get a couple of photos of a Kingfisher as it flitted ahead of us and then waiting until we were almost up to him before moving on to a new perch for a few minutes. 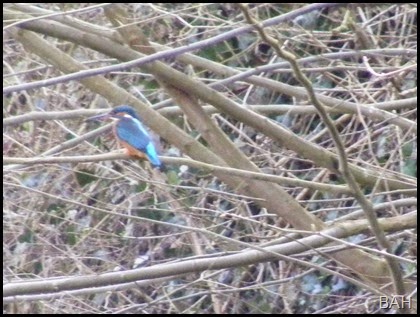 Another interesting sight was this miniature Narrowboat, there is another on the system called Sarnie and I think it was her owner who built this one, its just 6.7 Mt long and 1.6 Mt wide drawing only 0.4 Mt of water. 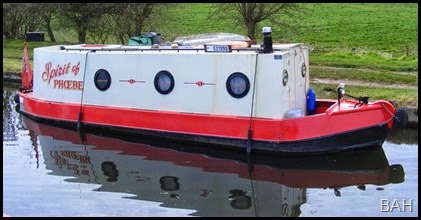 We passed straight through Brewood this time to moor on the SUCS 48 hr moorings at Park Farm between Park Bridge and Huntington Bridge. 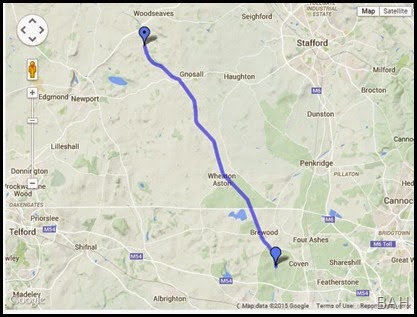