We ate at Carluccio in the Trafford Centre last nigh as they are on the lower floor it was a bit quieter that the establishments on the first floor where you come in. The moorings proved to be peaceful and the first disturbance was the rowers going by at about 8 am.
We pushed off at 1020 and I called in at Stretford marina for a pump out, only to find them closed, this was after turning round and reversing down to their services.
As we approached Sale we were just thinking how quiet it all was, then we met the Sale Cruising Club out for a jolly, we met 30 of them all in convoy. As we passed the flats on the left hand side this pulley and hook had me wondering what the person who put it up was thinking. 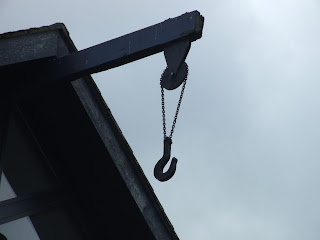 .
The Bridgewater Canal Company (BCCC) are doing some work on the Sale boat club moorings, I expect the club is having to pay for it, cutting away the bank and renewing the fencing between the moorings and the tram way. 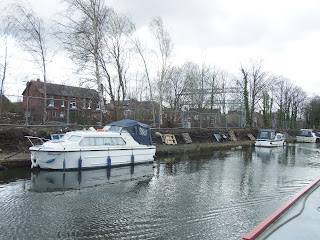 The rowing club was out in force but the ones on the water were going ahead of us and the others were still by the bank when we passed and then went north so no clashes. The Rowing club put staggered barriers across the tow path each side of the club to slow the traffic passing where that are boarding their boats. In the park next to the rowing club the miniature steam train was taking passengers round the loop. 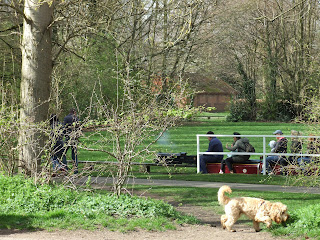 A couple more shots of the old Linotype works, one showing the new houses going up and the other scaffolding round the old listed building still standing on site.

We didn't catch up to the rowers until they had turned round and were just starting to make their way back after a breather, they all came nicely in single file leaving me plenty of space.
We passed one of the BCCC work boats that has recently been painted up and still looking splendid. 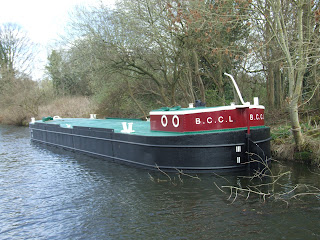 Along this stretch is the old Massy Hall school, now a private dwelling surrounded by private, keep out signs, just to make sure they have a Lion on the lawn and Crocodiles in the pond. 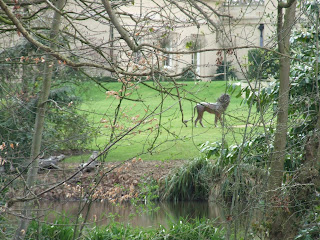 We stopped for a while in Stockton Heath for tea and scones with fellow Cutweb members before setting off again to moor in the middle of nowhere at Higher Walton.
Today's Journey 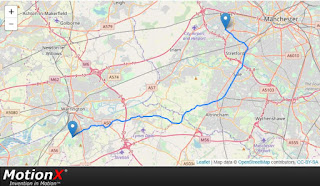