Last nights mooring was even quieter than expected and this morning lock 7 was still full, as we entered the lock I could see a boat on the lock moorings below, but nether came up to give a hand with the lock, both stayed with their boat, at lock 6 we met another boat, this time a Napton hire boat and the lady was more than willing to lend a hand. C&RT have contractors cutting 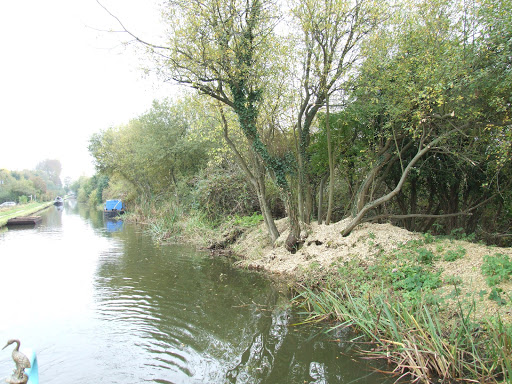 vegetation on the off side bank, its surprising how fast it has grown, It was cut well back 6 years ago and people complained there would be nowhere for the Kingfishers to sit. Along this section of the canal the orange paint blobs on the towpath edge have been joined by some day glow pink ones. 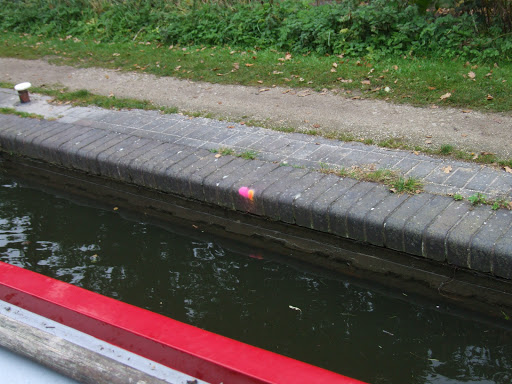 We decided not to stop at Fazeley but to carry on up the Coventry canal for a bit, They are also cutting back the off side along here, I hope when they get to Amington they do something to the very large overhanging willow trees. A boat was just coming out of Glascote bottom lock as I dropped Diana off, but there was a boat already on the lock moorings, after the boat had exited the lock there was still no sign of life on the moored boat, Diana even knocked on the side, so I slid passed them into the lock, When the lock was almost full 2 girls walked down from the top lock having drawn both paddles for some reason, as it turned out they were the girls from the boat below the bottom lock on the lock moorings. We finally ended up mooring for the night almost opposite Alvecote Marina. 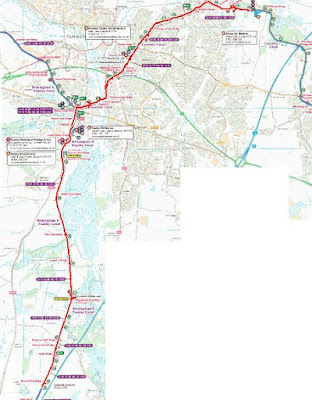 Posted by Brian and Diana on NB Harnser http://nbharnser.blogspot.com at 16:34

I have noticed a sort of deterioration in locking practices this year. It is not now unusual for a boat to pull out in front of you as you approach a lock and even take the lock if I am there and have it ready. Also, boaters seem to be more inclined to " hang back" rather than go to the lock and share the work. It was therefore very enjoyable coming up Adderley today to find all the boaters working in the "old way ".