We went out to a cold but sunny morning, 2°C and the back fenders steaming in the warm sun. 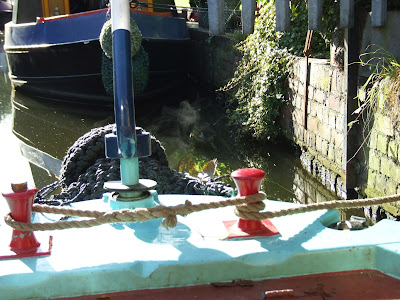 The morning was very pleasant as we made our way back through Gosty Tunnel. 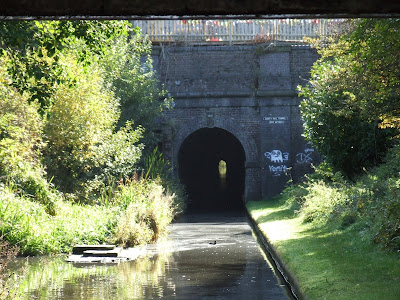 This poor one eared beer didn’t look to happy  with the spike of the fence up his rear end, no wonder he was red in the face. 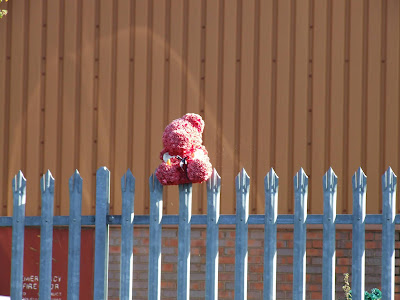 We carried on back through Netherton Tunnel, this is just over 3000 yards long and wide enough for two boats to pass, there is also a towpath on each side so there was no need for a tug as the horses could pull the boats through. As its semicircular in section above the water line this also gives it a very high roof. 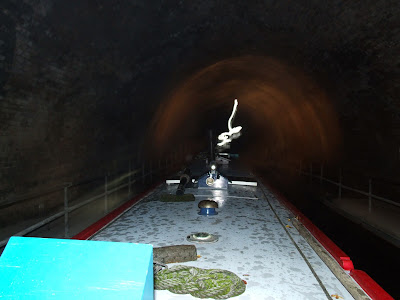 At one time the tunnel was lite with electric lighting, the electricity was generated with a water turbine getting its supply from the Old Main Line where it crossed Tividale Aqueduct, I suspect but I don’t know for sure that this was the generator building as it has cast iron pipes dropping down from the aqueduct above. 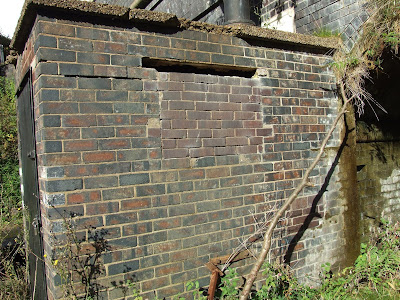 At the end of the branch we turned right along the New Main Line, we could have followed this all the way into Birmingham but we chose to go up Brades to the Old Main Line. As you come out of Brades Top Lock straight ahead of you all these redundant metal working machines are lined up, some covered better than others.

We followed the Old Main Line through the Summit Tunnel, a modern construction with a single towpath running through it, at the entrance is this C&RT sign, I can't say I have ever seen 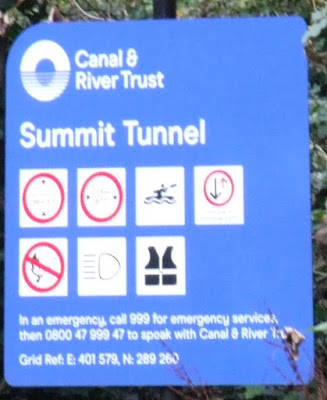 the priority indicated at a tunnel before, the problem is, I think its the same sign both ends, we continued on as far as Smethwick Junction where we rejoined the New Main Line, on the way we dropped down the three new Smethwick locks, new because at one time there was a parallel set of 3 locks to speed up traffic. We kept on the New Main Line as far as Ladywood Junction where we turned right into the Oozells Street Loop hoping to moor before we came back to the Main Line at Old Turn Junction, things didn't look to hopeful but the only gap turned out to be just 4 foot longer than Harnser, so here we are for the night. Last time we visited Birmingham it was virtually empty. 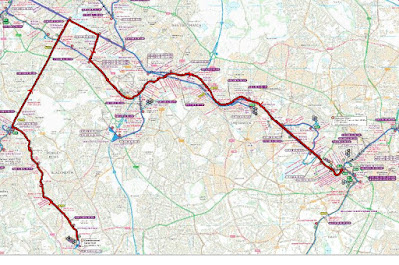 Posted by Brian and Diana on NB Harnser http://nbharnser.blogspot.com at 16:54