When we went to bed last night it was a clear moon light sky, it didn’t last and the rain woke us during the night, this morning it was still raining. We had bit of a late start as first I had to ring the AA about the car insurance, that took quite a time but by the time I had finished it had stopped raining. We had a walk up to Lidl to buy some food etc. bit of a roundabout route as they have locked all the gates to the kiddies playing field and we would normally walk across there. It was almost mid day when we set off, third in the queue for Middlewich bottom lock and 5 boats behind us. Some of the following boaters walked up to assist with the locks so that helped us on our way, we would end up queuing at all of the locks today but everyone mucked in. By the time we reached Kings Lock it was actually quite sunny and warm, but it didn't last and since we went to bed last night we have had 12 mm of rain. To say Middlewich Junction was busy would be an understatement.

When we were here a year ago there was a footbridge across the canal here leading to the demolished works, now its gone. 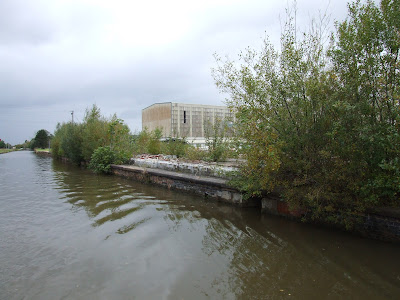 It was about here that the rain started and it hasn’t stopped. Its not so bad when there are no locks to do as you can just stand and let the water run off which is what happened above Booth Lane Top Lock. For those of you that have done this canal you will know where the allotments are just south of Rookery Railway Bridges, well on the field adjacent to the allotments there are a heard of piebald horses who thought it only good manners to walk over to see us pass. 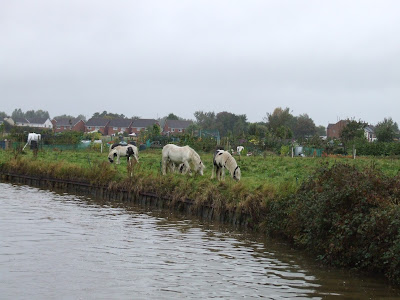 We carried on to Wheelock where we found the first mooring after the water point vacant, only problem is its under trees so every time there is a breeze you get a heavy shower on the roof. 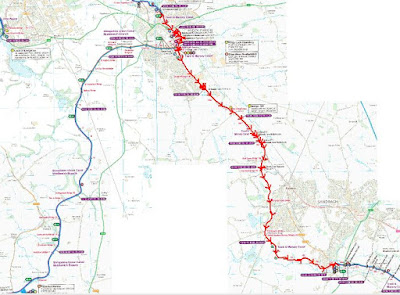