I think Birmingham looks so pretty at night, when the canal is like a mirror and the lights reflect in the water. 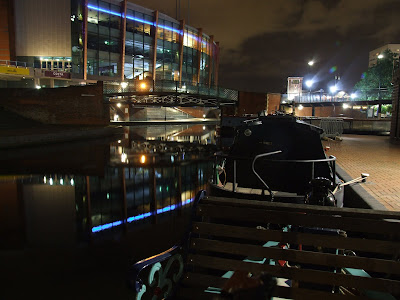 We set off at our normal time heading to the Farmers Bridge flight of 13 locks, Cambrian Basin is just at the top of the locks and again was almost empty. No visiting boats at all. 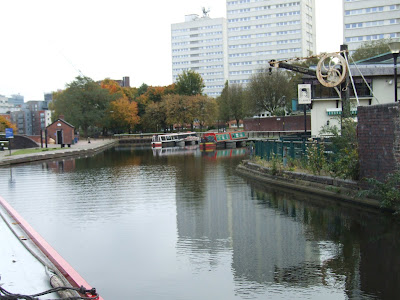 The first 4 locks were with us and as we did the third a Volockie came up the flight and opened the fourth for us. He then ASKED me if we would like assistance down the flight, which I took him up on, as I am still not 100% active with the back to do my full share of the work. Just as I passed under Livery Street Bridge a large lump of very ancient lump of hard soot fell from the roof and landed right in front of me on the slide, maybe I should wear a hardhat. 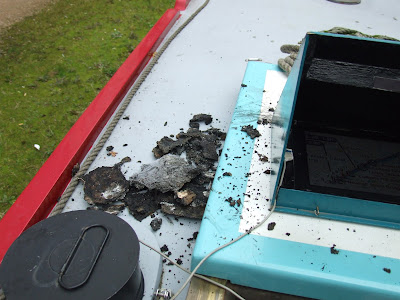 We pulled over just before Aston Junction to wash the roof off, I had already thrown the lumps off. By now our Volockie had left us and walked back up the flight as we tackled the Aston Flight of 11 locks, all of which were against us. There is much more graffiti around Birmingham now, I am not sure how they managed this one. 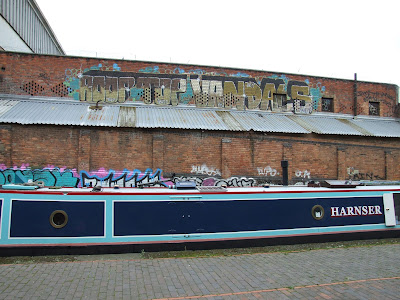 A little further down there is artwork set out in bricks, its good to see that the artists are also mentioned. 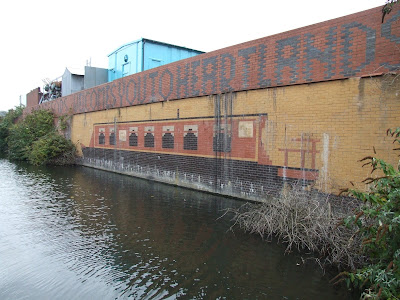 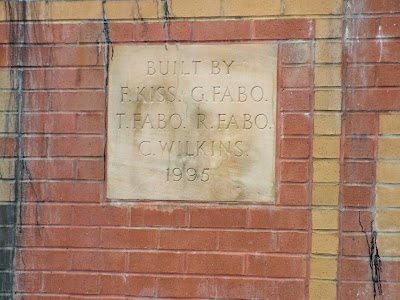 Near the bottom of the flight Highways have a good stock of road salt ready for winter, I bet once they start spreading they will soon work their way through that little lot. 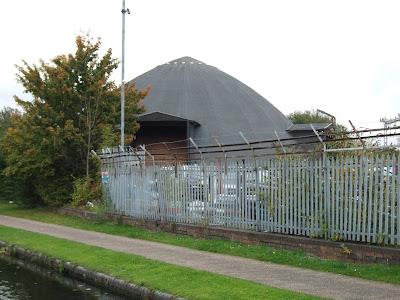 I cant say I have ever noticed this chap on the roof before, a rough guess its a pub probably called the Britania 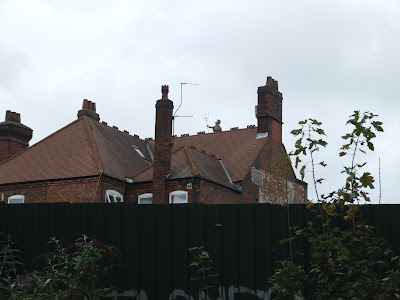 .
If anyone can make head or hails of this notice at Cuckoo Wharf then please let me know, I can't work out where the 14 days moorings are. 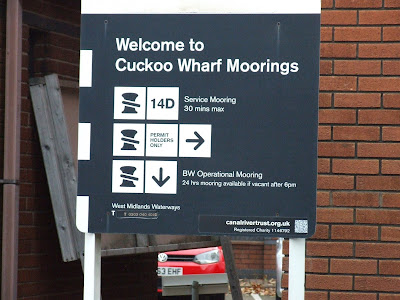 Down at Salford Junction I pushed the bows round as if we were going up the Tame Valley so that I could reverse up the Grand Union to Star City where we planned to moor for the night. Things went well until Nechells Stop lock, I was a few inches off line so gave it a good burst of forward to get us back on track and got a complete blade full, polly bags, heavy duty polythene and some kind of clothing, end result we failed to straighten up in time but still had enough drive to get to the moorings. 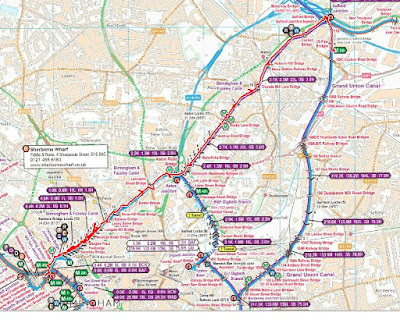