Lovely quiet mooring last night, but we woke to an overcast and chilly day. A few boats went past before we plodded off at our normal time. When we arrived at Booth Pane Top or Fish pools lock we were forth in the queue and another boat turned up behind us. We were told that we were all following a hire boat who was going extra slow because he had got into an argument with the boat behind them. The hire boat had spent all afternoon and night moored at the water point in Wheelock and it seems they didn’t like the following boat telling them it wasn't the done thing, so a slow run down to Middlewich.

On the long term moorings just above Booth Lane Top Lock there is an old wooden ice breaker called Shackleton, she is now in a very sorry state with her back end being supported by a gantry. 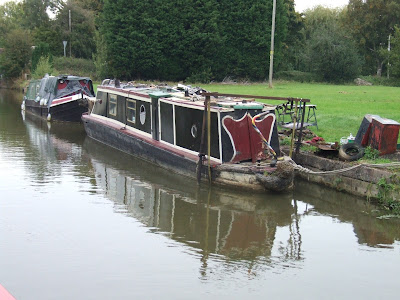 Just above Booth lane middle lock there is a new care home, I thought was going to be affordable flats while it was being built, I suspect the high earth works is to act as a sound barrier against the construction work ongoing next door. 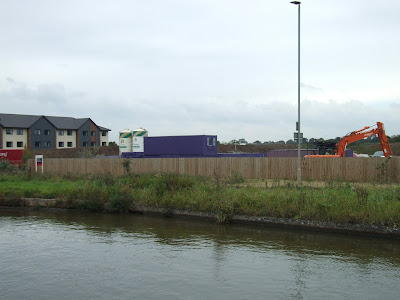 The moorings below the lock are now fenced off with a wooden rail fence and there are three white posts for mooring a bit further down. 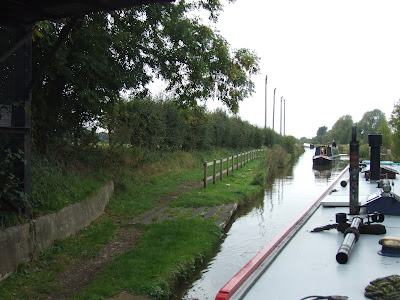 By now we were meeting a few boats coming up so that added interest to the wait. We met one couple from New Zealand who had hired a boat for 13 weeks; they even had a little dog with them, We pulled over below Rumps Lock for a bit of dinner before continuing into the town. There are a few swans back in residence, we counted 15 of them, may be numbers will increase over the winter months. 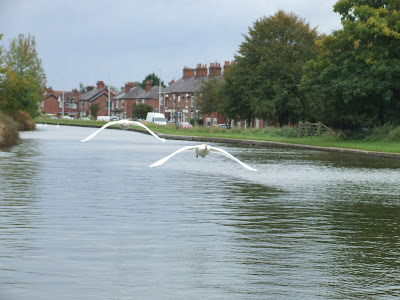 We stopped at Middlewich Narrowboats for a quick chat, when they first took over the wharf they used one of my photos of Harnser in the dry dock. We then took a walk down to the dock to talk to Stephen who is now based there, it’s a world different to when we were in there in 2017 its been totally re-clad, walls, roof the lot, new door as well as the yard being made secure. When we were in there we had people pop in at night. We decided to carry on just a little further mooring between Big Lock and the winding hole, its good to see that the Big Lock pub is open for business again, not only that but the temporary foot bridge has been installed since we were here last year. Until it was installed people were crossing the canal using the top gates carrying children etc. 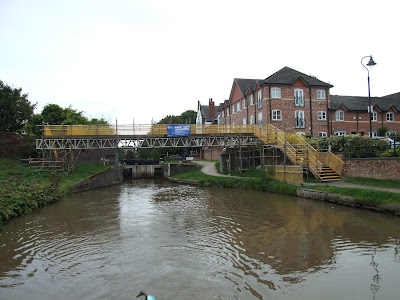 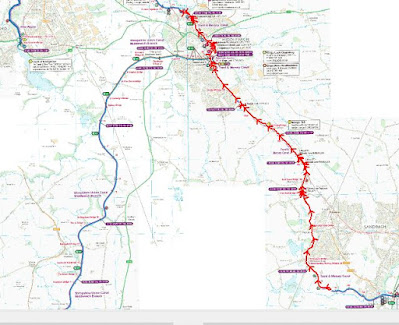 I think Shakleton used to be (many years ag) Pete Harrisons boat. Where are you heading for?

Has the bridge at Big Lock gone off for restoration?