Short sharp showers would probably best describe today, not sure what happened last night but it was raining when we went to bed and raining when we got up it was raining, since then its been on and off. From about half nine they started coming past so we knew we would have a slow journey, I waited a good time after the last one and set off. Passing through Weston they have been removing the solar panels from a bungalow, I wonder if they will take them off all the bungalows, as they all look the same. 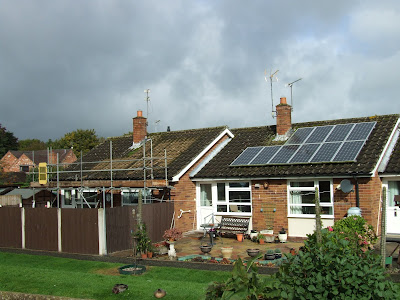 Passing Canal and River Services I was taken by this outside light, its from a pub somewhere owned by the M&B Brewery. 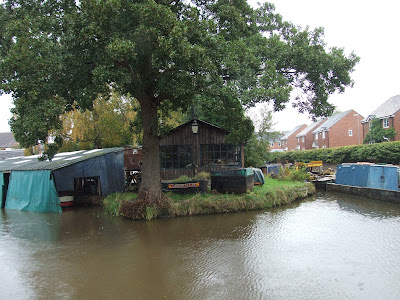 At the lock up we catch up with the last boat to have passed us, I have been travelling slightly over tick over hoping the queue would be gone. The boat that had just left the  lock we had seen several days ago and we knew they were slow, but the one behind them was even slower. There were two chaps onboard, the new owner and the ex owner. The new owner had never been on a boat before and was having problems knowing which way to move the tiller, also it didn’t seem to move forward much without being in gear, he was on his way to London and the ex owner offered to show him the ropes as far as Milton Keynes. I am not sure how much boating the ex-owner had done as he drew the bottom paddles a turn at a time leaving his windlass on the spindle. As soon as the gates opened Diana suggested he went to the tail of the lock and she would close up. We still had to wait while the boat went out in neutral,  A little we passed this kiddies den and tree house, I was rather taken buy the staircase up the tree trunk. 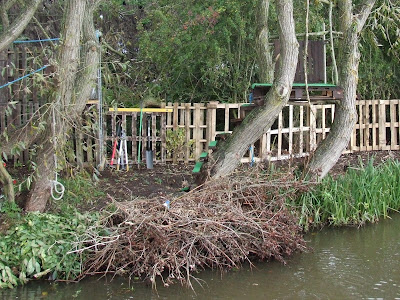 Still carrying on at a slow pace we reached Hoo Mill lock with no queue and from here we had a steady run down to Great Haywood, here we turned right onto the Staffordshire and Worcestershire canal crossing the River Trent, I expected it to be running more than it was. We passed a lady doing up her Narrowboat, as we passed I noticed that she had an electric outboard motor mounted on the rudder of her boat. 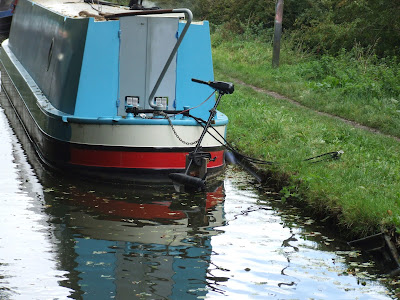 From here it’s a short run to Tixall Wide, a very popular mooring area for some reason, today there were several vacant spots but we wanted somewhere slightly less open so went to the end of the flash where in narrows down back to canal width prior to Tixall Lock. 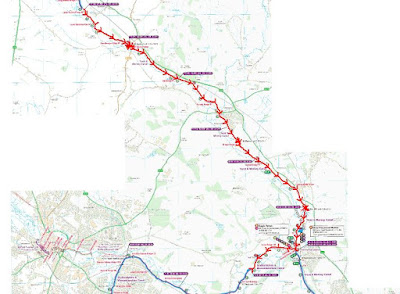