Last night we had dinner at The Plume of Feathers in Barlaston. I must give them the thumbs up for passing the VAT savings straight on to their customers, every food item on the menu was reduced in price, plus the food is very good.
The weather was a bit different today, it was fine until 2 PM then it rained a bit, then it hailed a bit, rained a bit more followed by even more hale then the sky’s really opened and it chucked it down. Aren't brollies wonderful? After the rain it sun and drizzle.

A late start today as I am having a bit of a back problem, jarred it yesterday winding Stoke bottom lock so most of the boats moored at Barlaston had already left and we only met a couple before the top of Meaford locks, so just one with us. The bridge at Meaford locks has been damaged yet again; in all the times I have been this way I have only seen it in one piece once. 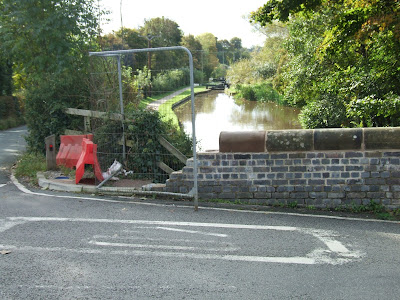 Just below the bridge something dark, it looked black plunged into the water, It almost instantly reappeared and flew into the trees, it was a kingfisher diving for its dinner, it was so fast I couldn't even say if it caught anything. On our way up here last week I commented on the raised bed garden by Meaford Road lock, well since then some has been and gave them bit of a make over. 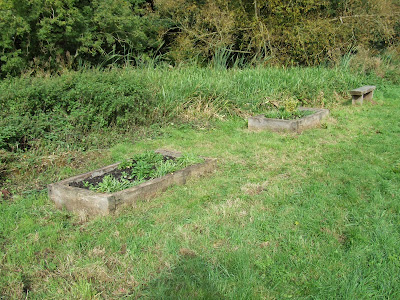 We were to see Frederick II again at Newcastle Road Lock where they invited us to pass them and use the lock first. Cutter another tug from the Fuller stable was moored opposite. 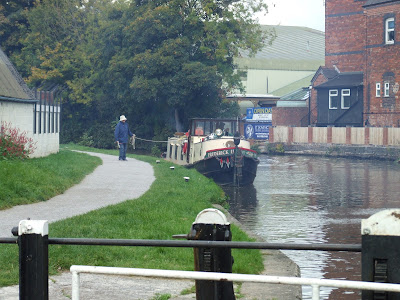 As expected all moorings in Stone were occupied but we did stop below Star Lock to fill with water and eat a bowel of home made soup. That done we continued our journey, as we approached Aston lock we had the weather I described earlier, we waited for it to abate before tackling the lock, after this we pushed on for another mile before mooring for the night just before Upper Burston  Bridge. 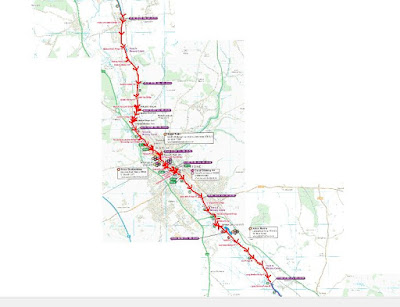