Today we did the Wyrley and Essington Canal, all of it and it was easier going than expected but the day was somewhat longer than planned. We set off after another hot noisy night at 9-30 am. back to Horseley Field Junction and hard left. The weediest part of the trip was only a few hundred yards onto the W&E by the Urban Community Moorings where it was thick blanket weed, after that things just got better, slower than normal but no major problems and I didn't actually look down the weed hatch until we moored for the night. I then spent a fun half hour clearing the prop from strong polly, electrical flex, netting, rag, all wrapped round bramble stalks which made handling difficult, also a fishing spinner but thankfully no hooks. The canal has water Lilies almost end to end, nearly all are white, a couple of pink and one yellow. 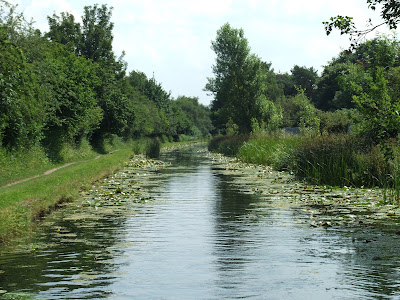 We passed under the shiny (well on one side, the other is green) arch and took a photograph of Harnser's reflection as we passed 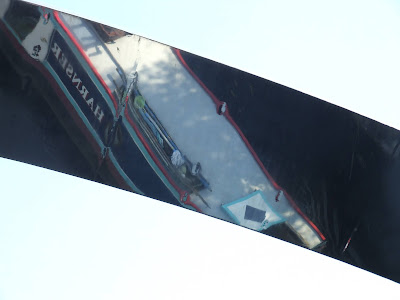 under it. If the other side was cleaned then you would be  able to see the clouds and sky reflected in it.
I can only assume that this bridge is built like this to give full wheelchair access, I don't know what the approach is like on the offside as I couldn't see that. 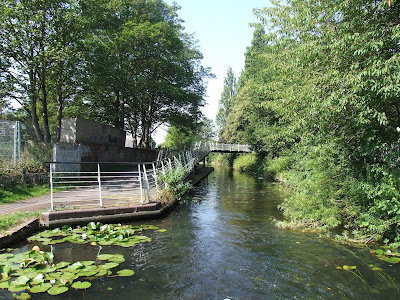 The old Short Heath branch looked very inviting, I wonder how deep it is, maybe next time when we have more time I will see if we can not only get down, but also out again. 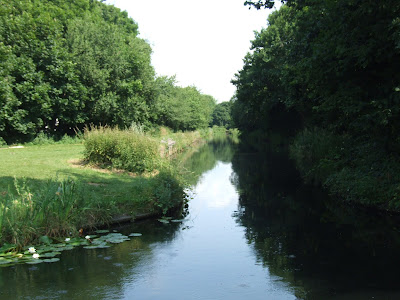 It nice to see what some people do with a bit imagination to the bits of bank at the bottom of their gardens, some just pretend they don't exist. 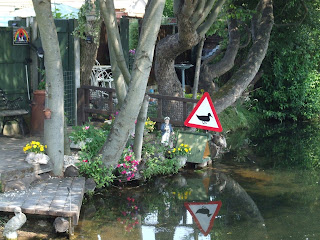 We passed the end of the Walsall canal at Birchills Junction, it's the first time we have passed without turning in or out. I must admit that after you get to Walsall Basin its not my favourite bit of canal. 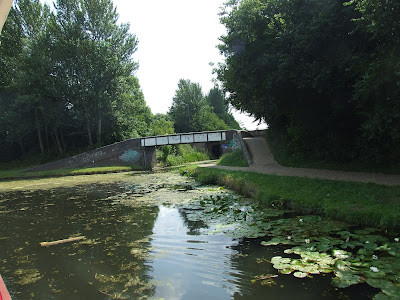 It wasn't long before we were passing a large building site, it looks as if it will be a large housing development. 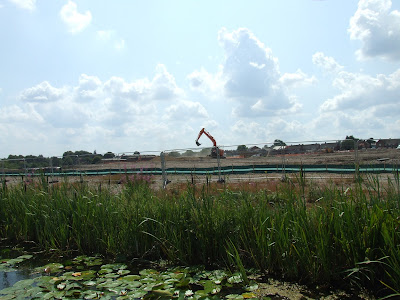 Then suddenly you are out in open country side, nothing but fields on both sides, this I found quite surprising when you consider how close we are to Walsall and other towns. 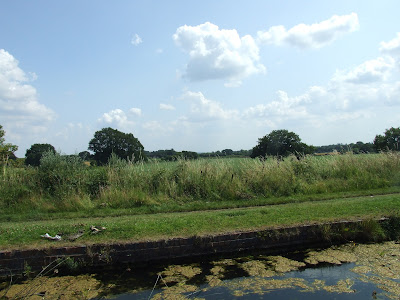 Soon Pelsall Works bridge looms into view looking very splendid with its white paint and black lettering, after this the canal gets much straighter and wider, I even managed to get over 3mph, but it doesn't last for long. 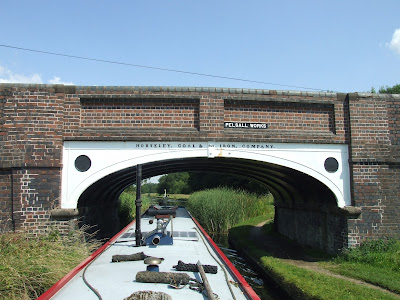 Our planned mooring for the night was at the visitor moorings outside Tesco at Brownhills, but again we not only found the road noisy but also it was in full sun, so after the compulsory shopping we went about half a mile down the Daw End Branch and moored in the shade. We are right opposite an industrial estate which until now almost 10pm has been silent then suddenly there is a lorry and heavy forklift flying about with bleepers and hooters going. 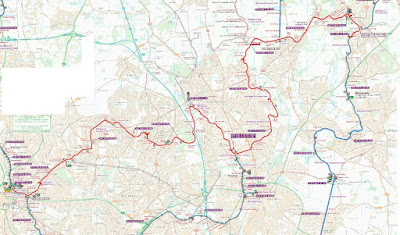