We left home at 9am this morning and decided to go Diss Bury St Edmunds way to the A14 to avoid roadworks on the A47. Bad move and followed two slow lorries nearly  all the way to Bury St Edmunds. Things improved on the A14 but I am not sure that road will ever be clear of road works. It was about 12-30 when we reached the moorings and after unpacking had a bit to eat before setting off. A slow run to  Glascote locks where we were third in the queue. Once clear of the locks it was down to Fazeley Junction, at bridge 76 Diana jumped ship to buy BBQ food for tonight, we would meet again just onto the Birmingham and Fazeley canal. I  just cleared bridge77, Watling St. bridge, slipped into reverse to moor and immediately picked up a car tyre on the prop, luckily as soon as I put it forward thankfully it flicked off, that is when I identified it, but it sunk before I could remove it. Diana was soon back and we were off again. We passed this boat with an interesting tiller arrangement, I have seen it before but this is the first time I have got a photo of it. 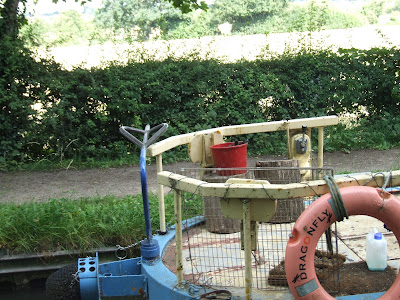 We met a couple of boats on our way to Curdworth Bottom Lock and when we arrived the lock was almost empty, just a bit of draining to do. This was the last lock we were doing today as we planned to moor on the bollards by the entrance to the water park, here we met another boat coming down the flight. These moorings are ideal for a BBQ with bollards, room for two boats and a flat concrete surface to stand the barby on. 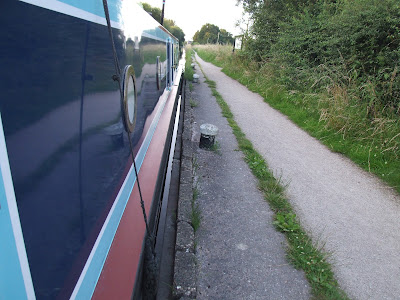 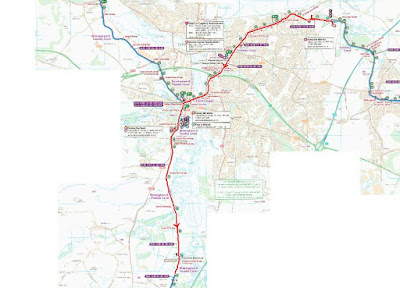