Well last night was more disturbed than the night before with groups of people making a noise as they passed until it was getting light this morning. No problems but with the doors open due to the heat not a good nights sleep. I don't expect tonight will be much better here in Wolverhampton with the traffic rattling by on the ring road system. We slid back this morning and put a bit of water in the tank while eating breakfast and then we were away up the New Main Line. We did meet a couple of boats and when we got to factory Locks discovered a hire boat just leaving the top lock, it was the first we had seen of them and not seen them again. 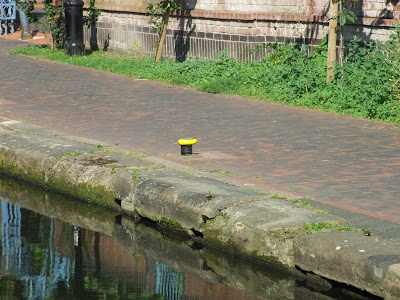 "smiley" on the top. Mind  you there is a big plastic giraffe watch it it, so anything could happen. 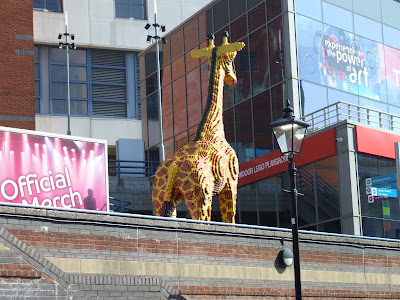 On one of the bridges, I didn't note which one someone has attached this ceramic tile, I have no idea if its an official thing or someone making a statement, or what, its just there. 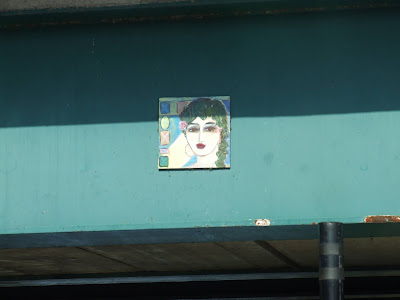 Last night I took my wife out for dinner, well it was our wedding anniversary so I thought I better treat her. Where is this going you say, well we went to eat at Côte Brassiere and they have a "Living wall" one that is planted green with living plants from top to bottom. It seems this is a BCN thing as today we passed a factory like it and also where we are moored at Wolverhampton 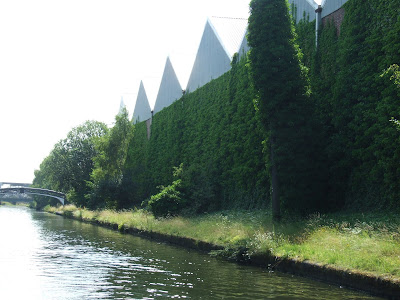 I managed to get all the way to Wolverhampton without a weed hatch visit, I had to slip into reverse a couple of times to throw the weed off but no real problem. I usually pick a load of rubbish up going through these narrows which I think must have been a toll lock. 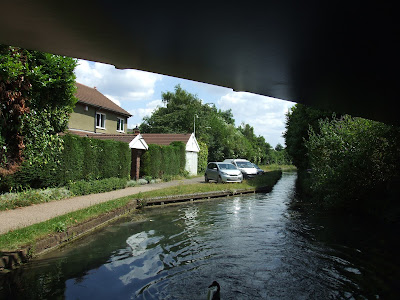 Talking of Toll Locks I hadn't realised how long this toll island is on the New Main Line, there would have been room for 4 boats with two on each side at any one time. 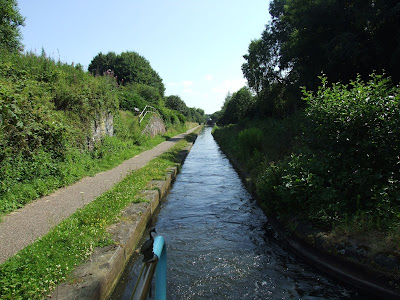 Another feature today was aqueducts, you don't often pass under aqueducts where one canal crosses another but we went under two today, this one is taking boats onto the Engine Arm, the other was where the Old Main Line crosses the New Main Line, but the sun was in my eyes for that one, there is one other I can think of. 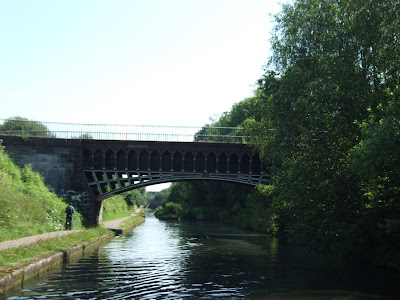 We winded in Broad Street Basin and dropped off some rubbish, we will have to return in the morning to drop off more stuff. The basin is well packed with weed and was probably the most problematic bit we had other than Factory Top Lock, a but of a toss up between the two. We winded in the basin and then moored up on the offside secure moorings. This is where the other bag of rubbish has come from, we cleared up what other boaters had removed from their props and just left laying there, the moorings are only accessible by boat. 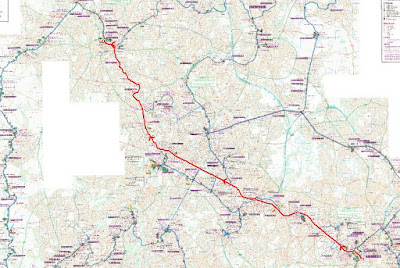 Welcome back Harners ... been missing youse guys ... Stan and Judy