It was a good peaceful night and if anything slightly cooler or I am getting accustom to it. The chap from the Rothen group was here before 7-30am to play with his weed collecting machine, so we set 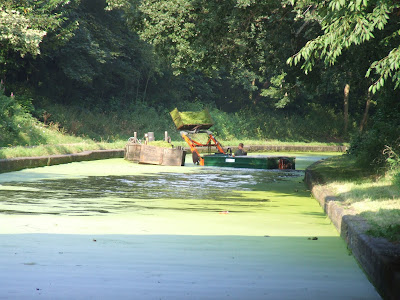 off earlier than normal and were away by 9am.
Work on the stadium is racing ahead, I don't know if this is drainage being laid, underground heating or irrigation, but they were going to a lot of trouble with the narrow trenches, removing 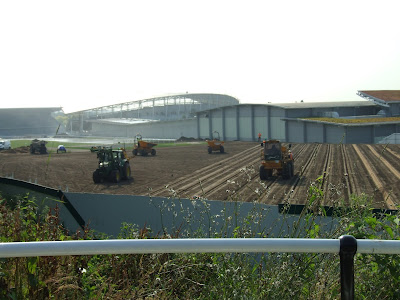 anything that slipped in by hand. On the section that has been sown to grass the lines are quite visible.

As we made our way down the flight we met a CRT chap coming up, he said the pounds were all good except the last( 6 to 7), that was a bit low but with the water we were taking down it would be fine when we got there. He was half right, it was low, but we had to let water down to get across the pond. I had to call CRT about lock 6,  the hinges holding the checker plate around the bottom paddle had failed, when I put my foot on it, it opened like a hangman,s trapdoor, I was lucky not to go down it.
If the last pound was low then below 10 was the opposite with the tow path below the lock under the bridge being awash, when we 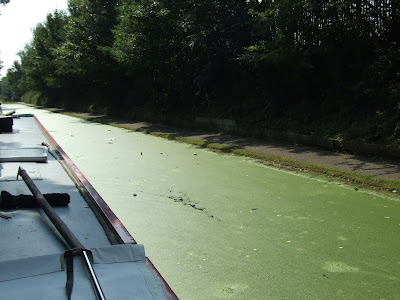 reached lock 11  the water level was being controlled by what could flow over and around the bottom gates. Again we had to let water down, this time to lower the pound as there was so much water coming over the top paddles it was impossible to drain the lock to open the bottom gates.
Down at lock 12 we met our friend on his C5 again,  he rides around collecting drink cans from the towpath and from what he can reach in the canal squashes them and loads them into one of the 3 sacks he has attached rear of his machine.
I pulled over below the bottom lock to clear the prop, I could see the ends of what looked like a long hose trailing behind me and rotating when in gear, that turned out to be about 4 mts. of pvc cable insulation that someone had stripped off, there was also a sack and other rubbish to remove before we could carry on.
As you approach the end of the Tame Valley canal you pass a chimney on your right with a symbol on each face near the top, I think it depicts an electromagnet, can anyone throw any light on it? 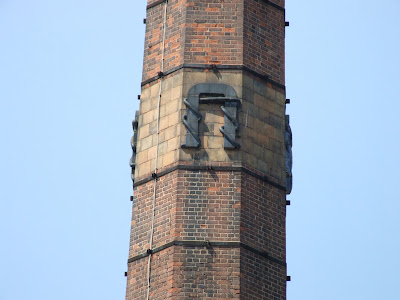 Our farewell to the Tame Valley was this stand of giant hog weed growing on the off side, I dont know if they had been sprayed but they didn't look very health. 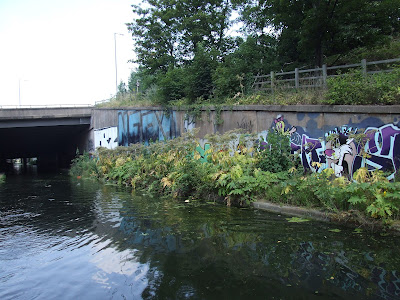 Back on the Birmingham and Fazeley canal things improved greatly and we were able to travel at a reasonable speed until Minworth top lock, where we were number 3 in a queue of 4. The hire boat in front and the one behind were doing the Warwick ring, I don't know how much further they went, but we were pleased to stop for the night a short way before the Cuttle Bridge Inn. 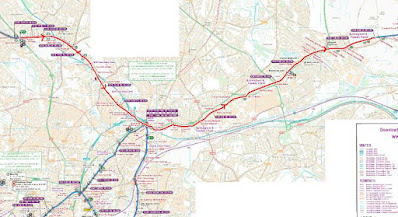 Re the Giant Hogweed, I expect someone had reported it on the Invasive Species reporting app - I did this a few years ago for the ones alongside the railway by the W&B towpath close to Birmingham, and it didn't return the next year, also one on the banks of the Avon. You can also report Japanee Knotweed, Himalayan Baalsam and also the dreaded water weeds (can't remember their names, pennywort maybe) we keep getting round the prop!
Debby