Last night unfortunately my daughter and grand daughter couldn't meet us for dinner so we ended up at the Thai Orchid where we had a very nice meal, it wasn't our first choice but as we had not booked a table we were somewhat limited.

The building work in Banbury didn't start until 7-30am this morning and then it wasn't that noisy even when we left at 9-15am. If anyone is looking for a piece of land with room to moor two, possibly three narrowboats there is a piece on the outskirts of Banbury between the canal and the road, its only £100,000 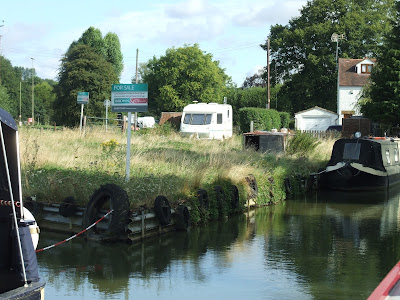 Adjacent to this is the house that Malc and Dink owned, Malc died recently but there was always a friendly greeting to boaters if he was about. They had a large photo of themselves high on the wall of their cottage with a protective covering over it. Looking closely it appeared to be cracked, I wonder if someone hit it with an airgun pellet. 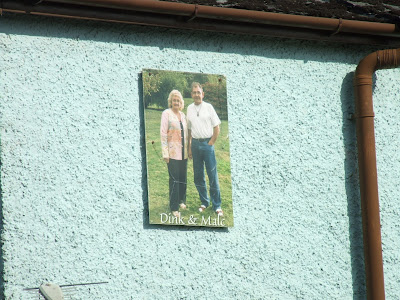 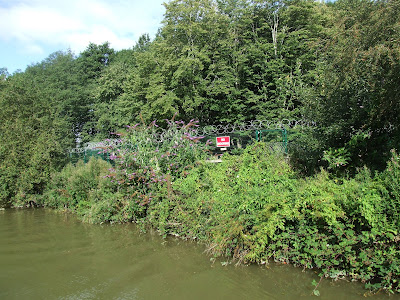 As we approached Hardwick Lock the gates slowly opened for me, a hire boat coming down had obviously taken the trouble to look before turning the lock but I didn't see them. That was our only good lock of the day, most of the rest were against us. Passing through Bourton lock I hope the cottage doesn't end up like the one at Grants Lock, again its remote and un lived in. 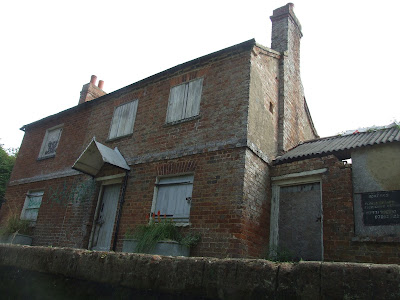 Approaching Cropredy there were some young canoeists in the cut, luckily right by the reed island so they took refuge behind it while we passed and then appeared like young ducks behind us, this is less than half of them. 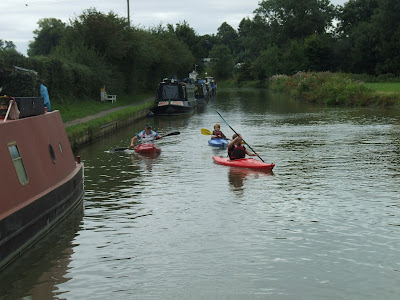 When I saw this water flow I guessed there was a boat entering from above, one we wouldn't need to turn, it was Broadmoor Lock the one with the broken cill bumper. 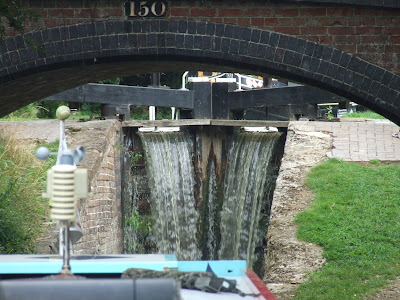 Just above the locks is this very smart travellers van, but can you imagine living in it all year with a family. looks lovely for a weekend for 2 in the summer months, but think of it with 3 kids covered in snow and surrounded by mud in the winter. 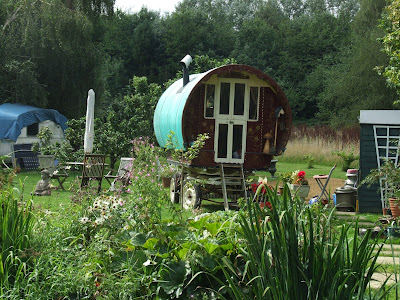 Although we had been meeting boats all the locks were against us and when you consider some are only 300 yards apart I was beginning to think we were following a ghost ship, it wasn't until after the first lock of the Claydon Flight that we spotted them. The bottom lock is unusual as it has cast iron gates, there were a set at Hillmorton locks until about 20 years ago when they cracked and British Waterways decided they were beyond repair and replaced them with wooden gates. 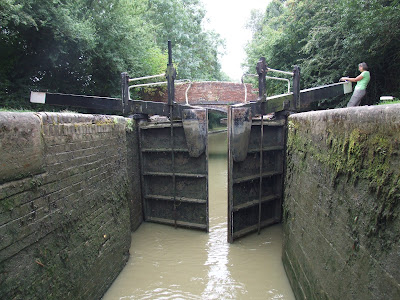 This boat was moored below the flight, I think the flowers look great but how do you see to steer with all that in front of you. Once at  the top of the locks we decided to moor for the night as there are no other decent spots between here and Fenny Compton. 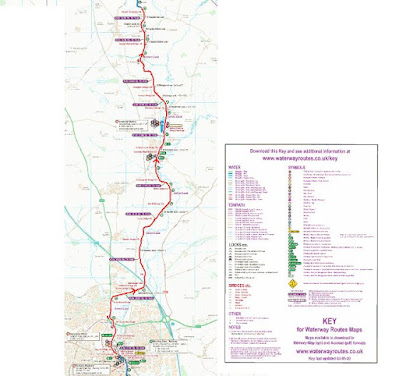