Looked out at 9am this morning and the water point was free so made a move, wrong. There was a boat winding I couldn't see who then dropped onto the first waterpoint and a boat moored on the second. I was lining up to come along side him and the traffic got interesting, The boat moored just outside the waterpoint was leaving so I could slide in there to let him pass, there was the boat that was moored in front of us coming through the bridge hole and in the kafuffle the chap in the boat moored on the water point appeared and pulled his boat back into the space where the boat had just left who was now almost nose to nose with the guy just coming through the bridge.
It was 10am by the time we had filled with water and were on our way. It was 2006 when we were last this way so we are not use to these bridges, I assume the 2 containers are full of water to balance the bridge so it doesn't just pop up by its self. 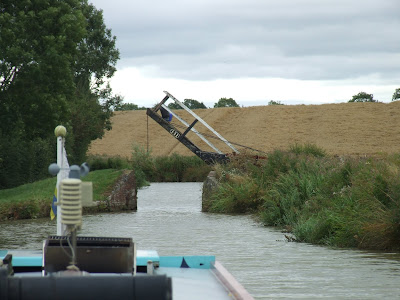 At the Claydon flight there was a steady stream of boats coming up so we not only met a boat in every lock but often there would be a second below the lock when we left, this didn't make it the fastest of passages but it did reduce the workload. There was also a Volockie working on the middle lock of the flight complete with portaloo and tea hut. The long term moorings at Clattercote Wharf were almost empty, far fewer than I have ever seen before. Broadmoor lock looks a bit poorly, well I think it was Broadmoor, I will check on my way back and put a report in to CRT. 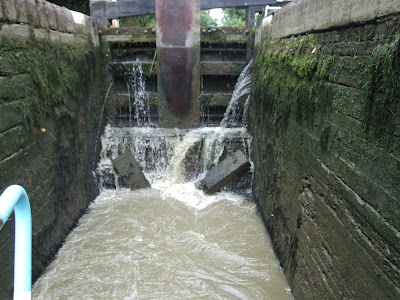 CRT have allowed a mooring to be constructed in the short section below Cropredy Lock and with the towpath also being a designated visitor mooring it doesn't make life easy when the canal is busy. After this we were warned there were long queues at Slat Mill Lock, when we arrived there was one boat going down and 5 waiting their turn, we made it 6. This held us up for over an hour, things did move a bit faster as Diana went straight to the lock to lend a hand. The problem was caused by a single bottom paddle. Once below the lock we called it a night as there are no more reasonable moorings until Banbury. 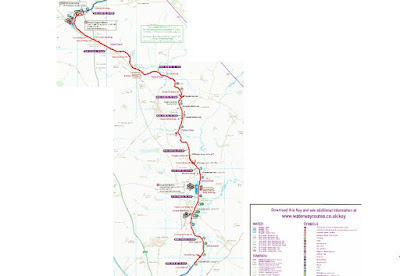 Slat Mill paddle out for at least 8 months. CRT know about it and regularly take their Tea Boats through it. I expect Bourton Cill still leaking like a cliché too.