After yesterdays queues with the help of the trains sounding their horns we were away at 9am this morning, we still ended up queuing for locks but only one boat ahead. Thankfully they stopped just before we entered Banbury. Our plan was to spend the night in Banbury but we needed a bit more than an hours engine running time so we carried on south to wind at Twyford, this wasn't as easy as it may have been as to start with I waited towpath side for a boat coming the other way and was in deep silt. Eventually with the use of the shaft against the bank I got out a bit and got the bows cleanly into the offside winding hole, the wind was from the north helping the stern round until we were 90° across the canal then it all stopped. I hopped off with the stern rope and continued pulling her round until again I came to a dead stop. In the end with Diana having the boat in reverse I was able to pull the stern round, the only minor problem now was I couldn't get back on, so had to walk to the lift bridge and hop back on there.
As you approach Grants lock from the South you pass under a brick bridge right at the mouth of the lock. This bridge supports two numbers, its not unusual for bridges to be renumbered when one has been removed or added but in this case the numbers are 26 adrift. 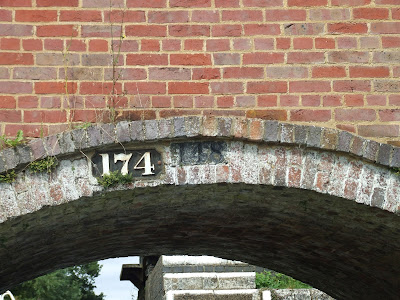 The lock side cottage at Grants Lock is a sorry state, completely gutted by fire taking out the upper floor, roof and stairs including anything else that would burn. The north gable end looks as if its parting company with the back and front walls. I can't see it ever being repaired. 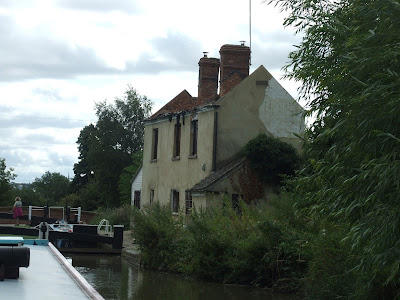 As we came down the canal Diana struggled with lift bridge No 170 which was closed and she didn't have the weight to open it, I had to do it. Thankfully on our return someone had opened it and left it open, so no problem.
Getting closer to Banbury there is now a very large housing estate being built on the offside of the canal, at one time there were 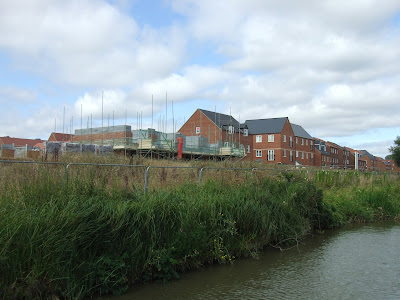 planes to build a marina here as well but they were withdrawn https://planningregister.cherwell.gov.uk/Planning/Display/14/01832/REM .

Back in Banbury we went up Banbury lock and moored for the night outside The GF Club.
This week we are doing very well at bumping into old friends, may it long continue. 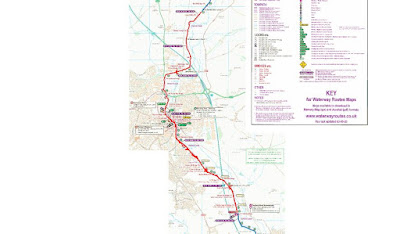