Napton on the Hill

It was somewhat busy this morning and I was very pleased we did Hillmorton locks yesterday evening when it was quiet, I bet there was a queue both ways this morning. We had a good nights sleep with no trains passing so they must be working on the line overnight again, always a bonus, We set off at 10 am and luckily the boat we caught up to by the Hungry Horse pub, now called Water Side, I think it was also the Oak at one time pulled over and let us by, more later.
The white house that stands on the outside of the bend just before the railway crosses at Hillmorton is now all boarded up, I wonder what its fate will be, renovated or demolished as its right on the 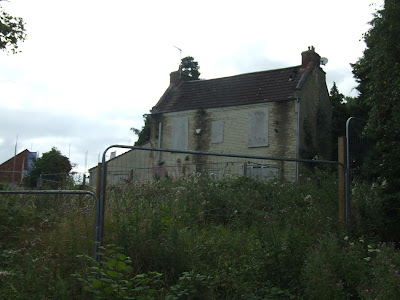 edge of the new housing development. We carried on meeting several boats but a good distance behind the boat ahead of us. Passing Barby Straight these pair were on the bank watching us, I wonder what is in the handbag. 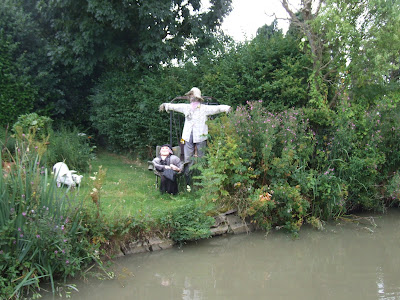 As we were getting a bit low on Diesel we pulled into Dunchurch Pools to top up, a nice marina but a bit windy. Once we left things took a turn for the worse and we immediately joined a traffic jam and convoy, this went on all the way through bridge 85 for well over a mile, we were told in was the boat that let us past at Hillmorton who couldn't steer even with her bow thruster and couldn't overtake any moored boats if anything was coming the other way. Thankfully she pulled over before we reached Branston Turn., like this boat we met.
I must admit a do wonder how some boaters see to steer at all 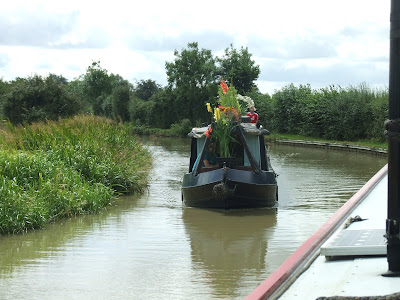 Things weren't too bad at Braunston  Turn, It doesn't really help having a marked visitor mooring almost opposite the water point. We turned right at the junction and headed south along the Grand Union canal, I thought things may be a bit easier but still ended nose to nose with a Navy boat and I was hard against the tow path, it wasn't the only one of the day, but no one lost any paint and we all left with a wave and a smile. We passed a moored wide beam, the owner was busy repinning her but the boat ahead of us had passed them very slowly so I don't think they were to blame. I had to wait at one bridge for a very special boat to come through, not something you see ion the canals every day, a steam powered Narrowboat. 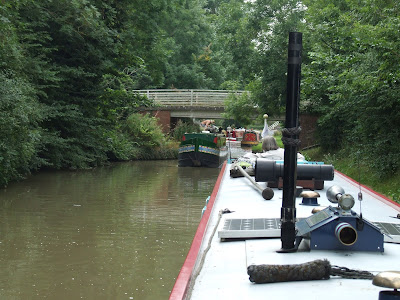 We carried straight on at Napton Junction heading south on the Oxford Canal. A Volockie was assisting a hire boat to moor just before the water point and he had helped another with their hose, not sure why the end needed cutting off. As we arrived there was a boat just exiting the lock so we had a good run up to Atkins lock where we have moored for the night, The Volockie is also a boater with a 70foot and made sure I was aware that he would be putting the padlocks on Marston Doles at 6pm sharp, I had no intention of trying to get there tonight. 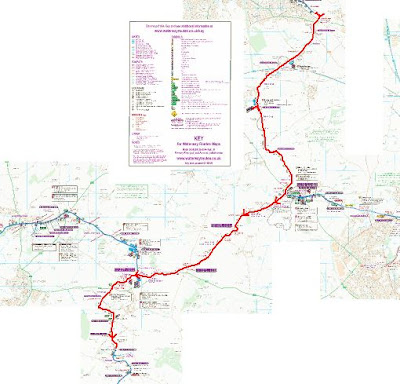