I was lucky enough to see two water voles at last nights moorings, as usual it was a lovely quiet night there. This morning we pushed off at about 10am to a chilly but fine morning, however it didn't stay fine all day and we had a few short, sharp showers. We saw a lot less boats about to day and lots of vacant moorings.
Passing the renewed moorings at Sutton Cherney it looks as if the new work wont be long before it needs some remedial work doing to it, already one facing piece has come adrift. 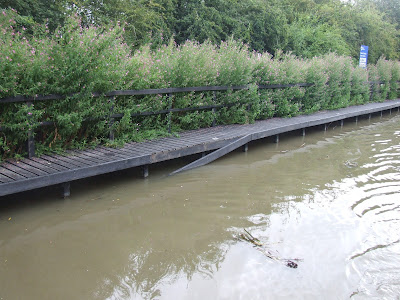 Hopefully we will be able to moor there on our way back.
We needed some provisions so moored at Market Bosworth, the only boat by the water point was just leaving and nothing on the moorings so I moored on the last mooring before the waterpoint and ran the hose to the tap while George and Diana visited the shop, once the tank was full I didn't need to move. This was lucky as before they returned a day boat and another moored behind me. When they returned we stayed and had lunch before setting off again, this time our destination was the terminus at Snarestone on the way I think we only met 2 boats and passed the on in front when they moored up. As we passed a fisherman at Shackerstone he managed to catch a Crayfish on his hook and didn't seem that amused when I said "at least you can eat it", he indicated there were quite a few in there. When we arrived at the terminus there was only one other boat moored here, so loads of room and since we have been here only one other has come down for water and then left. 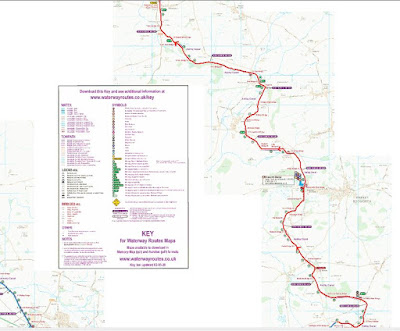 I am a bit surprised that, as you have a young, keen guest on board, you have chosen a lock-free route. Are you about to embark on a more demanding bit of canal?