A bit of rain overnight again but a sunny morning and as the day progressed it has got warmer and warmer , 26°C at the moment.
First thing we wandered down the Ashby Canal Trust Shop to donate a few thing and buy a few things including ice creams and walked to the end of the in water section of the canal finally untying a little after 11am. It has been much busier today and we met a total of 20 boats in just 10 miles.
The Ashby is now a very rural canal unlike when it was build with all the coal mines, 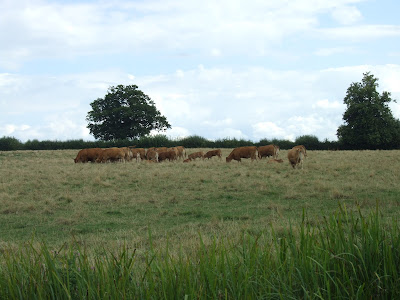 today instead you see fields of cow and even a field of asses . 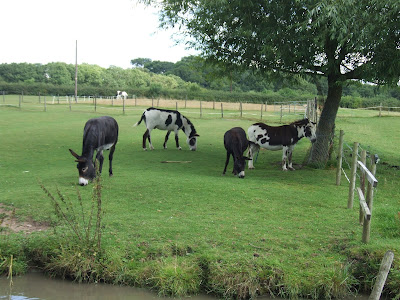 On bridge 37 someone has mounted several  small  statues, 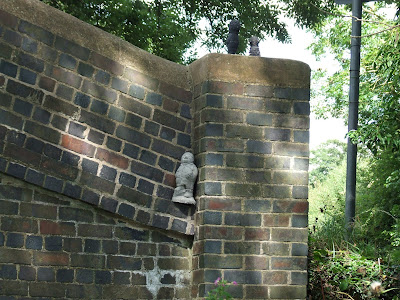 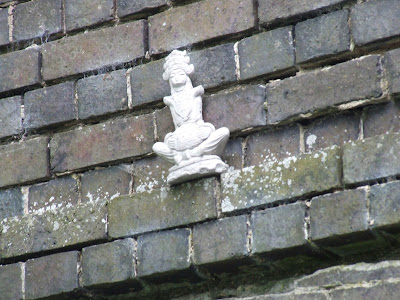 I have no idea who or why but they are on both sides of the bridge as well as the parapets, 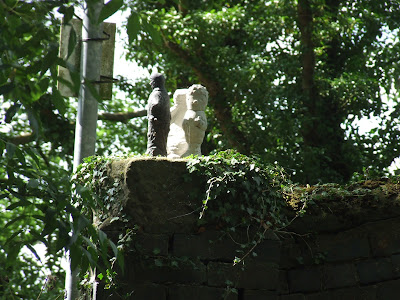 Our destination for the night was Sutton Cheney Wharf but when we arrived it looked pretty full, we had a Dayboat turn in front of us at  Market Bosworth so we were following them and they moored in the only 57 space between the water point and the long term moorings. There was a bit of room on the plastic pontoon so we tucked the back end on there, luckily the nice chap on the boat behind us offered to pull along as far as he could so we can get off ether bow or stern. There had been I hire boat directly ahead of him when he stopped but that had left a little earlier to be replaced by some friends of ours, so a bit more room.Todays Journey 10½ miles, no locks in 4 hours