When I booked our mooring  for area C at Coventry I only booked for one night, as you can't arrive before 1 pm and have to leave before mid day it makes visiting anywhere in Coventry difficult, so I tried to book a second day. You can't book a return mooring within 14 days, so I booked a night in section D that's permitted. So last night we spent our night on C and the D moorings were full, One ex working CRT/School boat and a visiting private boater. When we got up this morning the private boater had left, so I poled Harnser across from one bank in C to the opposite bank in D. That done we went to the café for cooked breakfasts again before having a day in the Transport Museum.
When we returned to the boat there was an event going on in the basin and there was only one boat on the C moorings,  " Scribendi" 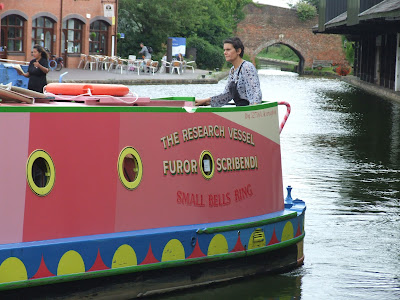 which is a floating library traveling the system with short stories. This is their web site https://smallbellsring.co.uk/ and they were part of an event being held in the basin. 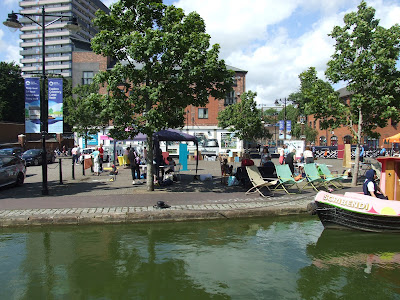 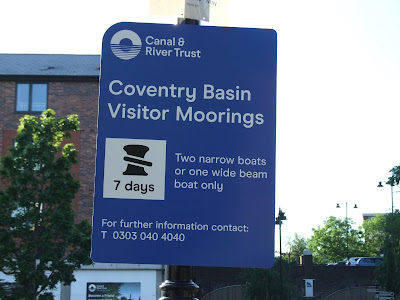 After we had finished in the museum we returned to the boat and headed to the South Oxford canal, not using our night booked on D mooring, but as most of A and B are almost empty it shouldn't have inconvenienced anyone, but it was the only way to spend a day there.
On our way back to Sutton Stop we stopped off at Longford Road bridge, this is where the Oxford and Coventry canals use to join up. 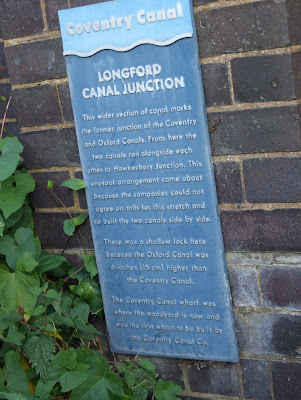 There was no queue at Hawkesbury so I just swung under the bridge and into the mouth of the lock, we then took the first available mooring.
Since we have been here several boats have been passed and one said in a loud voice, "if those two had have been closer I could have got in there" I immediately shot out and offered to draw back, but he decided he didn't fancy in front of us as it was too bendy for him and carried on his way 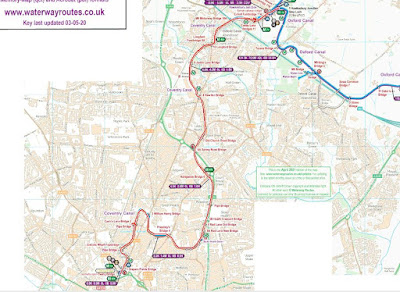