0845 this morning I rang Kevin and Debbi to tell them I was making my way to Jesus lock, he said he was just out with the dogs and would be there shortly with his “time Lapse” camera to mount on the bows.

I walked over from where we were moored, swung the footbridge and closed the top gates, I then drew one bottom paddle before retuning to Harnser. By the time we had started and crossed the river from our overnight mooring the lock was ready. Just as I was opening the gates Kevin and Debbi arrived and we were soon on our way, 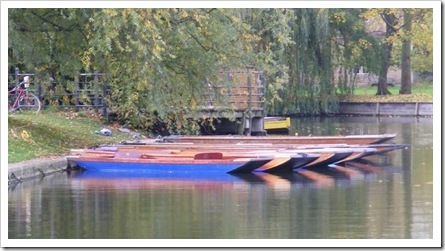 It wasn’t long before we saw our first bunch of moored punts, but we didn’t see any on the move.
Some of the bridges are quite low, but not low enough to cause 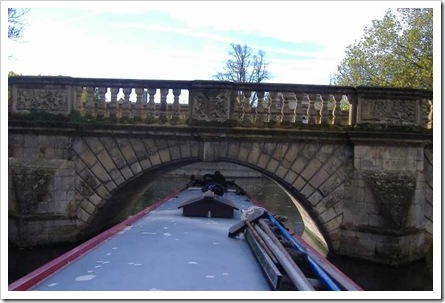 us a problem with our 1.7 Mt air draft. of these St John Kitchen Bridge is the lowest.
The whole town quay  is now taken over by the punt companies with floating pontoons 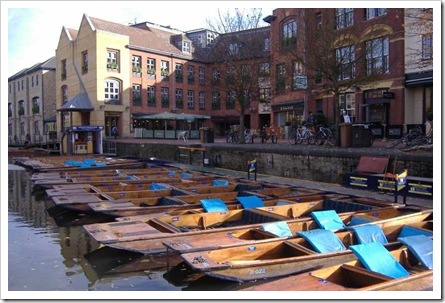 attached to the length of it to moor the punts to. The next large bunch of punts was just through Silver street moored on the left going upstream on the outside of the bend. 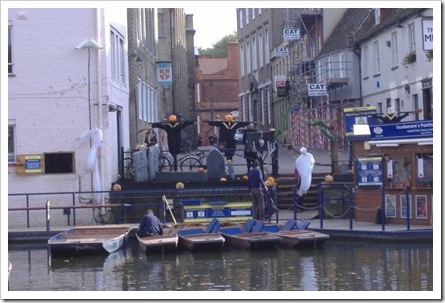 This is the recommended winding point but we continued  on to wind at Mill Pit where the weir flows in. I messed it up first time as a fisherman on the bend didn’t wind his tackle in to the

very last moment which caused me to lose momentum and the bows to start coming round to early, as I backed up the flow took the bows to close to the bank and we were aground. 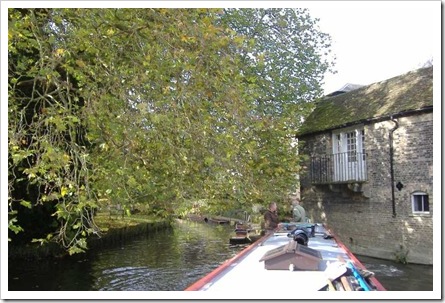 I got it right with the second attempt. We had an uneventful run back down to Jesus lock in the sunshine, we couldn’t have asked for a better day.
We left the lock and headed down stream to the common where 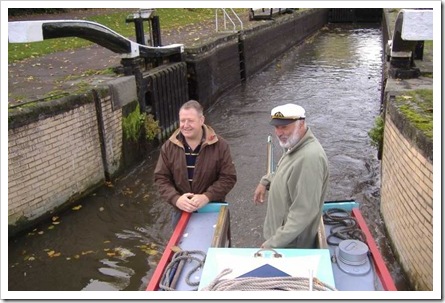 Kevin was moored, there was no sign of the circus that was hear last night. On Kevin’s boat we downloaded the 4 cameras, The Time Laps one had almost 3000 images which Kevin is going to make into a video for us. We gave him the ones Di and I took and Debbi gave us the ones she took, so between us we have a good photo record of the trip.

Kevin has done the business with the time laps vidio and you can see our trip up the Backs and down as far as the common. 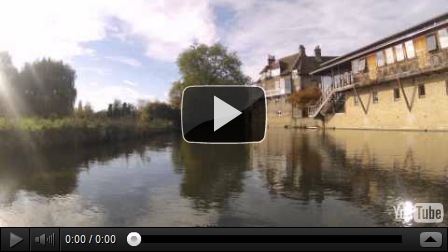 Around lunch time we said goodbye and headed down stream to Clayhithe to moor for the night. We arrived at Baits Bite lock just as a Black Prince hire boat was entering the lock so pulled in beside them. They were also heading for Clayhithe and went off first, when we arrived they had moored in the middle of the moorings, so Diana had to ask them to move up a bit.
Just after we moored the engine started missing badly, I was planning to change the fuel filters next time I filled up with diesel, its easier with a full tank, so doing it now was not too much of a problem. The first filter was a bit mucky but no more than I expected after 2000 hrs. so I changed them both. The engine had given me a warning with the odd cough when running on light load for the passed few days.
Posted by ************** Brian and Diana on NB Harnser******** Maps by https://www.waterwayroutes.co.uk at 21:35

Thanks for the trip we both enjoyed it very much.

The first cut of the time lapse is up loading as I type. Just the odd 320 minutes to go on a 3G link. I suspect it will crash during the night and ill have to wait until I get home.