As expected last night meal in The Trout was first class, but then it cost us a lot more than we normally spend on a meal when we are out.
We just walked back down their garden to the boat when it started to rain and as the night went on the rain turned to drizzle but got much warmer so we ended up with the back hatch open. This morning it was 15°C outside so we turned the Dickinson off.

We set off at our normal 10 o’clock, under Tadpole Bridge making our way up to Rushey lock. 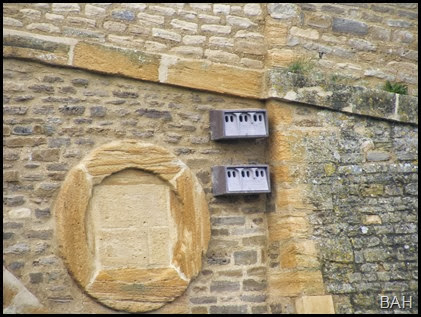 Tadpole bridge has had a couple of what look like bat boxes added since we were last this way.

After Rushey Lock the river is quite bendy up to Radcot Lock. So far we hadn’t seen a boat, but that was about to change. The lock keeper at Radcot warned us that between the The Swan and the next lock there would be a lot of activity as it was the annual cruiser lift out day. As we approached the Swan it was obvious that this was the main holding point and the “dispatcher” stepped forward to warn us and would contact the lifting crew to tell hem we were on our way.As we proceeded there were small group of boat gathered together against the bank, often on corners. Needles to say as we passed the last group on the outside of a bend we met a Narrowboat coming down stream, do you think one of the waiting crews who could see upstream as well as back to us thought it would be a good idea to warn us, NO.

At the lift out site there were two cranes working, one lifting out and the other moving them to their winter storage point. 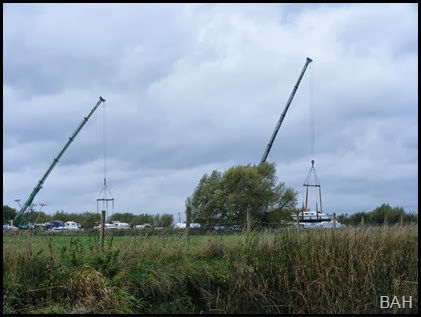 All the HSE regs. were being observed and every one had their hard hat on in case a boat fell on their heads and watching the way some of them worked crawling under unsupported lifts it was quite likely. I personally thought that it might be a good idea if the crew slinging the boats had life jackets on as I think they had more chance of getting knocked in or tripping on a fender than getting their heads banged. 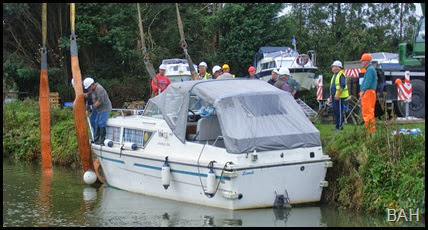 We took the lock keepers at Grafton by surprise as all of their traffic had been down stream for the lift out and we met a few more on their way down after we cleared the lock.

This notice on display at the locks is a new one on me, I have always given the lock keeper a hand when locking down stream when its easy to step off the boat on the off side. 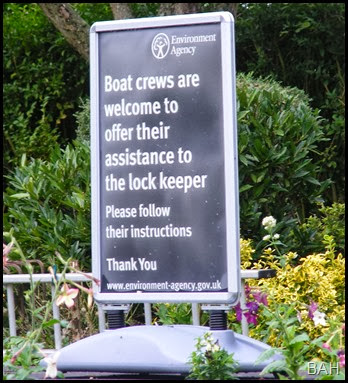 Another notice that was in evidence was the chalked ones warning of lock closures in November.

I have heard of boats having extra decks fitted, but I have never seen one made of decking before. I think Alan Titchmash would have been proud of it. 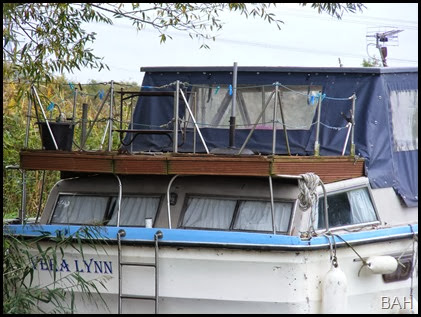 The next two locks,Buscot and St. John’s were both empty but on “Self Service” as it was between 1 and 2pm. so we just used one gate to slide in and out, the only thing is they request you leave the locks empty, so gates were shut and paddles drawn.

Above St Johns lock we came across a gaggle of Canada geese with a few odds and ends with them for good measure. Two things struck me, 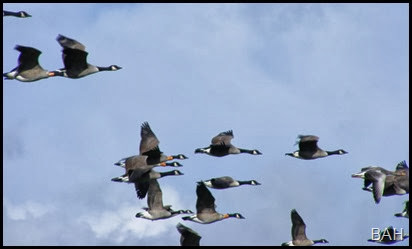 firstly some were wearing collars that were so big you could even see them when they were flying, the had what I assume to be 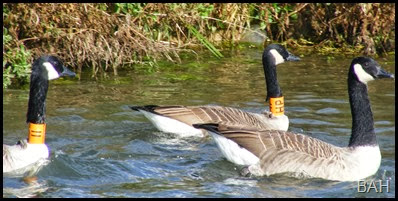 identification numbers on them and the chap in this bunch looked a bit strange. 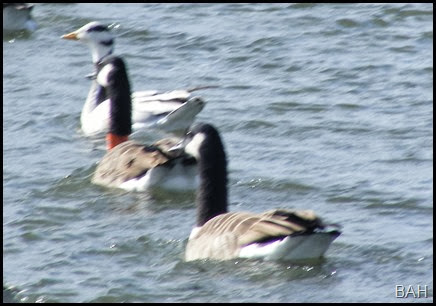 We carried on upstream and have moored for the night outside The Riverside at Lechlade another Arkell’s pub. It has been warm and fine all day but in the last half hour it has thrown it down, the sun is out again now along with the sight seers and the kids determined to drown themselves.