Well we have been travelling for some 11 miles and we are only about 2½ miles from our starting point, just look at the map at the bottom of the page.
After a quick fiddle down the weed hatch to remove a few bits of carrier bag we were away at our normal 10 am. passed Hatherton Marina at Hatherton Junction, the entrance to the 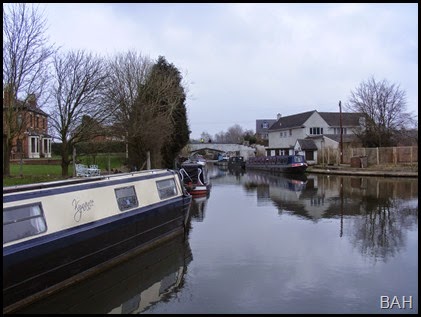 Hatherton canal which will one day hopefully be restored by the Litchfield and Hatherton Canal trust. There use to be a pub here at one time and may be there will again, as there were signs of life at Calf Heath Marina who own the site and a new looking sign outside. 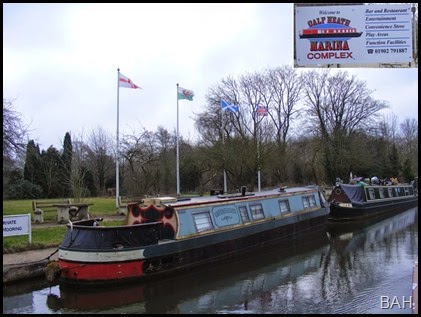 One of the boats moored here caught my eye with his outdoor heater made from two gas cylinders and some other bits and pieces. 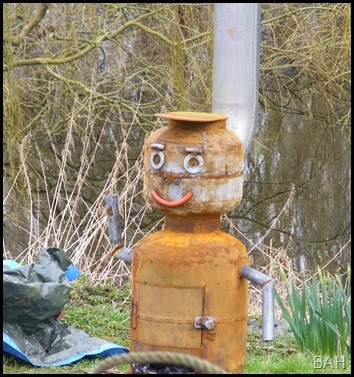 The area behind the moorings is interesting as there is a lot of ornate walling enclosing an area leading to a bridge, there is also a very square pond with an island which I wondered if at one time was a moat?

Further along the Stafford and Worcester canal you come to a very narrow section, just wide enough for one boat, we have never met a boat in this section until today, luckily there are about three passing places so not really a problem. 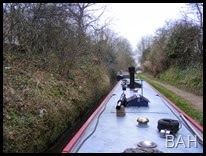 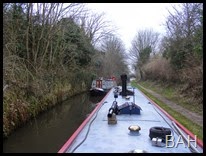 We would soon reach Autherley Junction where we would turn right onto the Shropshire Union Canal. The Stafford and Worcester canal worried about losing their water had a lock built at the junction, this has a fall of between 4 and 6 inches. 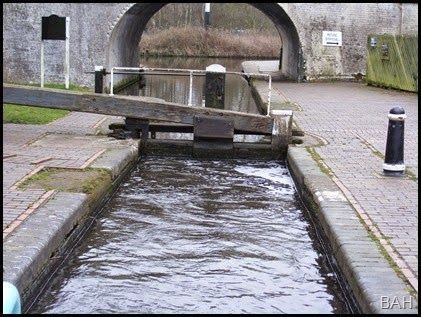 The photo is taken with the bottom gate open as we were leaving the lock. Even less fall than Hawkesbury Junction. One thing that did surprise me was the depth of water along the summit, apart from the narrows I was able to travel at a full 4 mph without any wash for most of the time.

Mooring on the Shropshire Union in out of the way places can be difficult as the canal is very shallow along the sides in some parts, maybe only 6” of water, but one of the good things is that the Shropshire Union Canal Society have made quite a few 48 hr moorings complete with mooring rings in rural areas. As we needed some shopping we pushed on to Brewood, pronounced Brewed as in beer. Shortly before arriving at Brewood you pass under Avenue Bridge, a very ornate bridge with a balustrade top 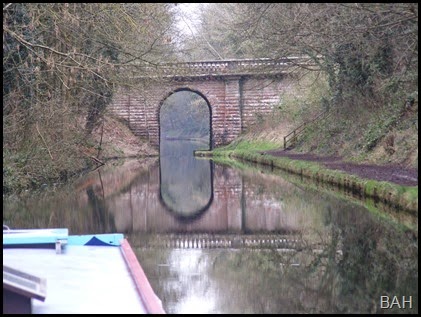 sweeping back at each side. The avenue leads to Chillington Hall. 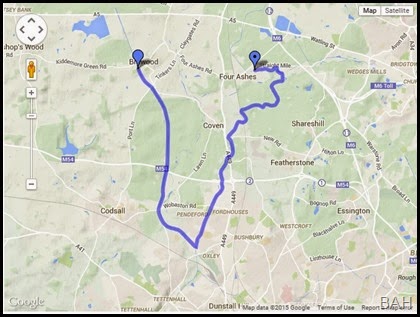 What app mapped your journey there ?
Thanks Heidi xx