I am not adverse to the morning chorus but when its before 6 am and 100% Rooks it gets a bit much. 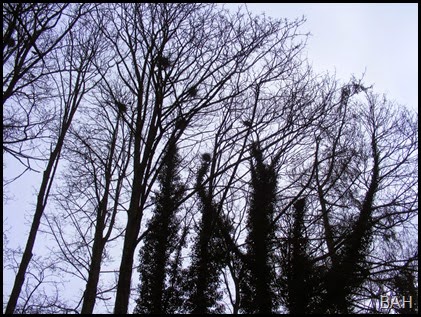 Along this canal you soon know where you are as every mile there is a Mile marker like this one just as we were leaving Brewood.

The first place of note is Streton Aqueduct where the canal crosses the A5 trunk road. Diana said it looked much smarter when we first came this way, probably 20 years ago. 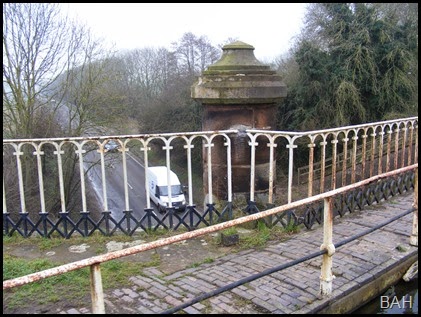 Just over the Aqueduct on the offside is Streton Wharf which is one of the few yards I know or that will still grit blast boats, most yards consider it to dirty. 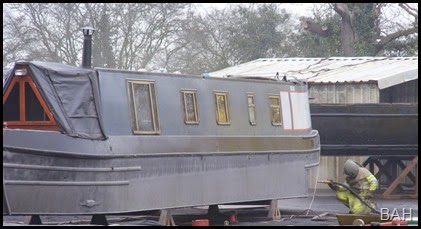 The weather by now was sometimes warm and sometimes cool but no rain. At Wheaton Aston  lock there was a duck and a goose. I am not sure if the duck thought it was a goose or the goose who thought it was a duck, which ever way round it was they were obviously very good friends and went everywhere together.

We couldn’t pass through Wheaton Aston without calling in at Turners for diesel at 63.9p/lt it was cheaper than when we filled up in 2008. 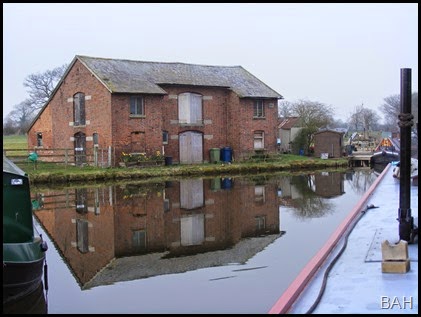 converted. the other side of the bridge there are other old buildings that are now converted into a house and workshop. a little further up the canal is another turn over bridge, it serves the same purpose as the one on the Trent and Mersey which I posted about on Friday 13 march 2015 but has a bigger sweep to the approach after coming through the bridge.

The canal along here is very straight and on a level, this is achieved by large embankments and lots of cuttings, I think this is probably the steepest side cutting I have been through. 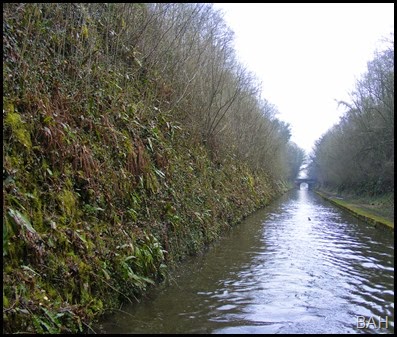 No one can make a journey along the Shropshire Union Canal without including a photograph of the famous telegraph pole in the bridge hole. Remember there are people in this country today who have never seen a pole with cross arms like this. today phone cables are bundled and just tied to the top of a bare pole. When did you last see a pair of telephone wires? 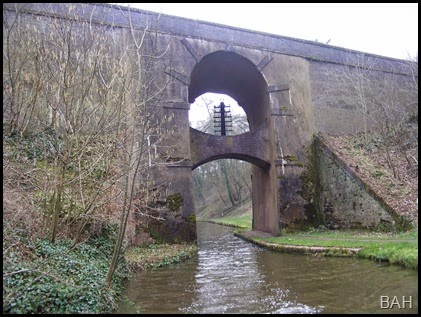 One thing today we were lucky to see and I couldn’t believe it just sat there as we sailed by, I should have taken 6 pictures, not one, but I was expecting it to go before I could pick up the camera. 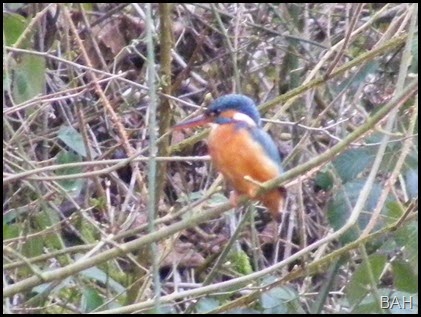 I must just mention the boat we met, I had just passed a moored boat and they were coming towards me so I was hurrying to get out of there way with quite a bit of power on to get moving  so at first I couldn’t hear what they were saying, as we were side by side it was the comment that they follow this blog, but by then it was to late to get their names. I feel very honoured that people take the time to read  what I write. I am not the worlds best raconteur and this blog was only started to keep in touch with my family while we were away.

We planed to moor outside The Anchor at High Offley, just before we arrived there I noticed this strange arrangement on the offside bank where a small aqueduct takes a stream over an overflow weir and discharges the water into the canal. I have  never seen anything like it before and wonder if it is indeed unique. 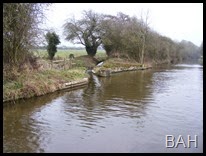 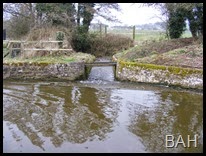 Note to self. I have topped up the domestic batteries tonight. 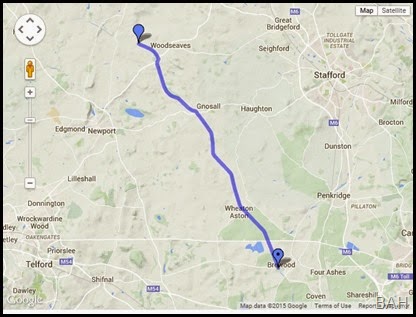 You were lucky with your picture of the kingfisher we saw two together sitting side by side on a twig after all the moorings after Market Drayton going north.and not a camera or phone in sight. Keep your eyes peeled for them on the offside. I read your blog.
Judith
nb Serena

Hello (again)
We are the ones that you did the little dance with yesterday :-)
Hand talking plus mouthing plus laughing and steering is not a good combination!! Lucky we didn't all end up in the bushes.
Keep on blogging :-))
Marian & Mike
Nb Duxllandyn