We had had two boats pass us by 7 am this morning and the first was going much faster than he should have been. If we had been moored on pins they would certainly have come out. At 7 am everywhere was still white with last nights frost. After this early call we were away at 9 30 am. Second in a queue of 4 to go up Grindley Brook after a single boat came down. i managed to go aground in the middle of the staircase so Diana had to let a drop more water down so I could get over the cill. As the boat came up I let a bit more water down from the top so we left it at the right level. 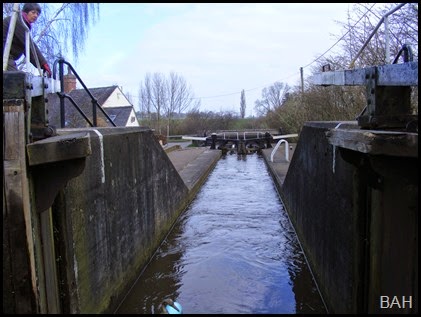 We encountered the first manual lift bridge that we had to operate just before the Junction with the Whitchurch Arm, moored just before the bridge was nb. Muleless. If you are travelling south its very difficult to turn into the arm, due to the 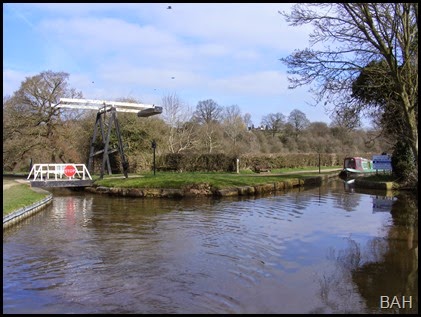 acute angle, so you have to go another 500 yard to the winding hole and turn round to approach from the opposite direction.

The lift bridges used to be opened by hauling on a chain attached to the top arm like you do for some on the Oxford Canal, but now they are all fitted with a hydraulic ram and a hand operated rotary pump the same as on the hydraulic lock paddles. 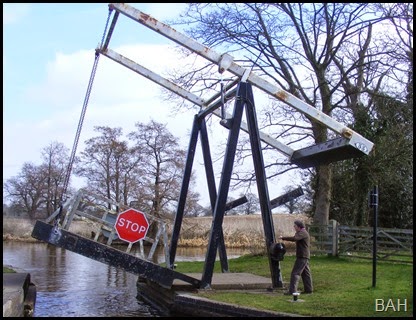 At Whixall Moss Junction we turned left down the Prees Arm, we have never bothered to come down here before. The arm now ends at Whixall Marina, but it never did get as far as Prees, only to  Quina Brook. 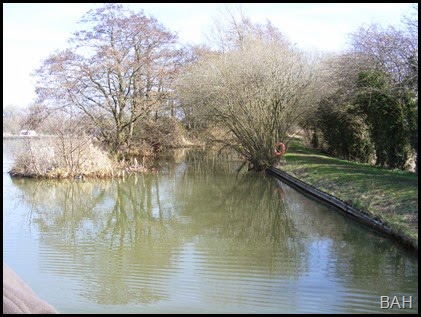 The arm is still in water running off to the top left of the photo.

The house on the junction has a very bright flower display each side of the front gate, I am not sure how they got them into bloom so early. 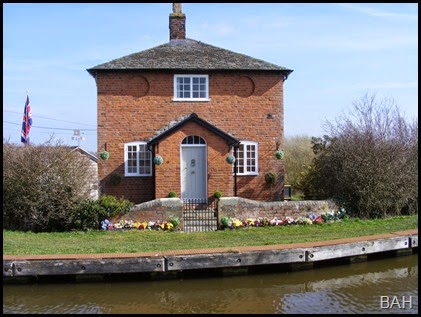 We winded in the marina and retraced or steps through the two lift bridges and back to the junction where we carried on up the Llangollen canal. The only point of real interest was at Hampton Bank where just before the bridge the bottom got hold of me and held the stern in. I stopped and moved out only to see a boat about to enter Hampton Bank Bridge. So I held my position and waved him through on the wrong side. The only problem was a hire boat following who I signalled to stop, which he did. The boat coming the other way passed me fine but he was then unable to steer round the bend, same problem I had and ended up tangled with the hire boat. We carried on a bit further to the 48 hr moorings at Cole Mere just before bridge 55.

Here opposite the moorings someone has put up a notice saying “Private Mooring please don’t moor opposite” which is where the rings are for the 48 hour moorings. Not a problem now as there is loads of space, but I could see problems in the summer. 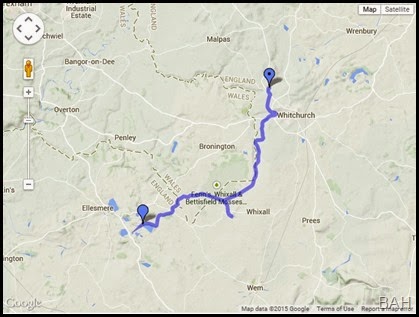 The first time we did the Llangollen we were told we needed a lock and a half of water to get through not only Grindley Brook but also the Frankton locks on the Monty. Seemed to work for us.
Judith and John
nb Serena