last night we wandered over to the Talbot for a glass of Mild, pasta with salad, and what a salad finished off with LMP.

I woke this morning and looked up at the bulls eye (circular domed glass let into the roof to let light in) in the cabin roof to see it glowing bright blue, so crawled out for a look out of the porthole and it was thick fog. By 8 am it was bright sunshine and by 9 misty.
I needed to visit the Post Office before we left Market Drayton, this use to be a modern building with the sorting office, but it has now moved into the old Corbet Arms Hotel on the High Street. There is a plaque on the outside saying that Thomas Telford stayed there whilst inspecting the canal.
By the time we had returned to the boat just before 11 am. the sun was trying to get through again. As you have seen from previous blogs there are still several old warehouses and wharfs along this canal, another was just the other side of the bridge from last nights moorings. Although you can’t see it there is a covered wharf just through the bridge. 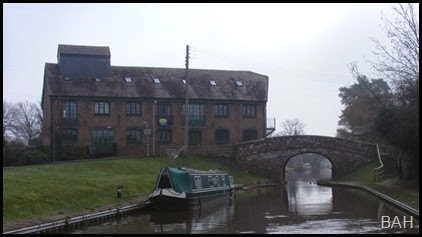 An hour later we were at the top of the 5 Adderley Locks, needles to say they would all be against us, but Diana walks ahead setting the top gate and I drop the boat and close the bottom gates, so we make reasonable progress. 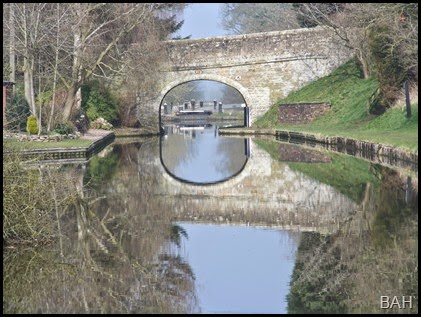 Just before the bridge at the top of the locks is a winding hole and beside it stands Lime Kiln Cottage, nothing special that I know of, it just looked nice with the reflection. 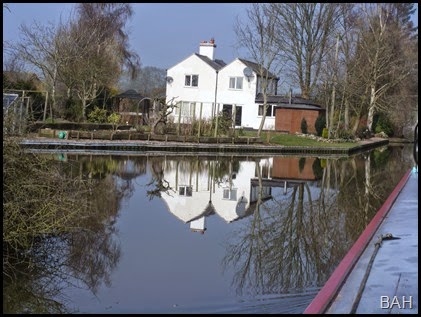 I just wish I could naturally hold the camera straight.

Below the locks we stopped for lunch, while we were eating a lady knocked on the door and asked if she was walking in the right direction for Audlem as she was meeting a boat. This was good news as maybe they would  leave the locks in our favour. Sure enough just as we finished lunch a boat moored up ahead of us. 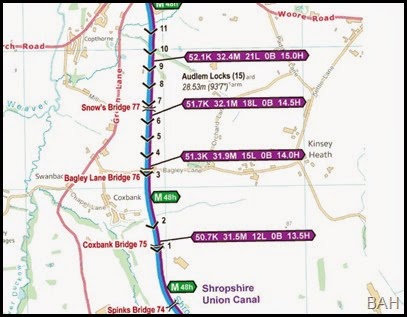 Good old Brock has been hard at work in the bank, lets be very thankful that its a bank in a cutting and not an embankment or we could be looking at a lose of water like on the Llangollen a few years back. 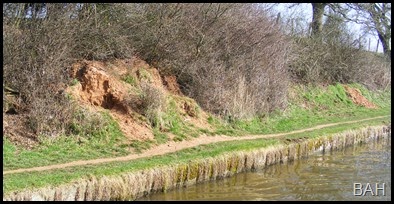 I thought the Fens was the only place on the waterways where the electric and telegraph poles lent over a a funny angle, but it seams its also true on the Shropshire Union Canal. 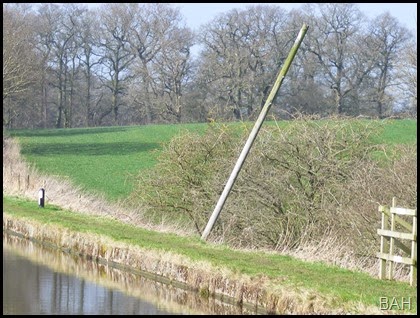 Some of the by washes on these locks are quite vicious, and a couple come out at right angles right below the tail of the lock like here on the right. 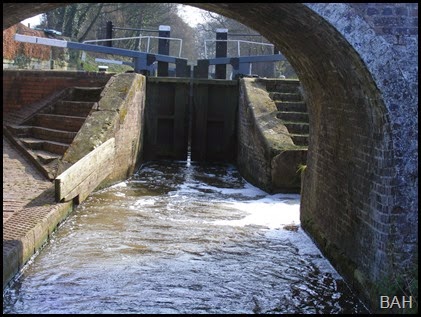 On this one British Waterways have installed wooden fendering on the opposite side, left, to protect the brickwork from boats gouging into it as they enter the lock and get their bows pushed across. In other cases the bywash is carried slightly down stream of the lock, here it can draw the bows or the stern over into the rocky shallows if you stop in the mouth of the lock to close the bottom gates which is what I do. That is one good thing about this flight, some of the lock beams have sacrificial blocks of wood

nailed to them that you can push on with the cabin shaft to close the gates. It would be great in the SUCS could bolt some blocks to the steel lock beams. For those you have to leave the boat and climb up to close them.

The Shropshire Union Canal Society do a lot of good work along the canal, installing moorings, most of the mooring rings along here and on the Llangollen Canal are installed by them, the also install benches some of which are paid for as a memorial to a canal loved one, they also put in picnic tables like these below for the public to use beside the locks. A real go ahead society in my opinion. 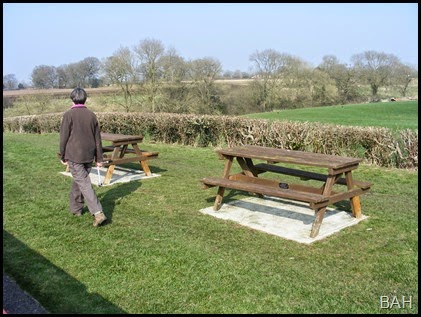 As you can see the weather really picked up this afternoon and the day ended with a tribute to red Nose Day. 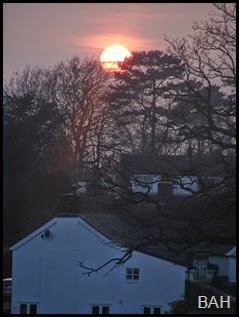 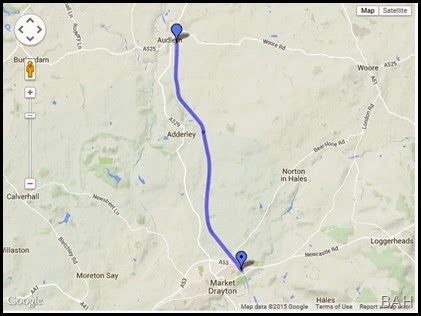