Bit of a late start this morning, a 10 am. or normal starting time the boat moored behind us left and as we had a steady run of locks ahead be gave them a half hour start before setting off so as not to be sitting behind them at every lock.

As it’s Sunday we have seen our fair share of fishing matches and also people just out enjoying a spot of peaceful fishing. They have all been very friendly and spoke as we passed unlike the normal stare at the ground responses you often get with a match.

The contractors were out finishing of this section of hedging which was surprising it being Sunday’ it looks as if they have taken a lot of stuff down, some or which was growing into the school fence about 12 feet in the air. 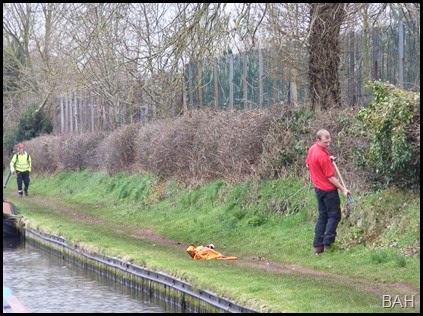 At Filance Lock there is still an old iron lock side bollard well worn by hundreds of boats being strapped to a standstill. 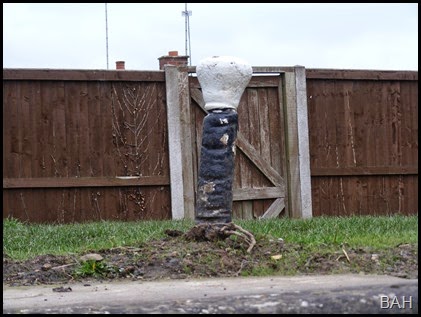 In the pound above the lock CaRT or their contractors have made a big impression on the off side vegetation, They now need to carry on in the next pound. 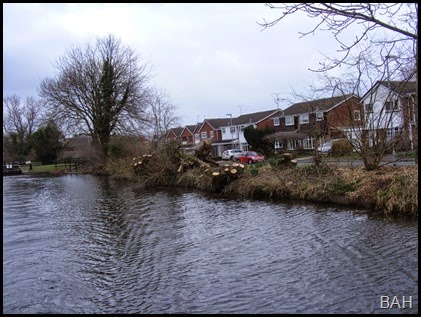 I was rather taken by this tree house, it even has a steel spiral staircase going up to it. I wonder what the neighbours think? 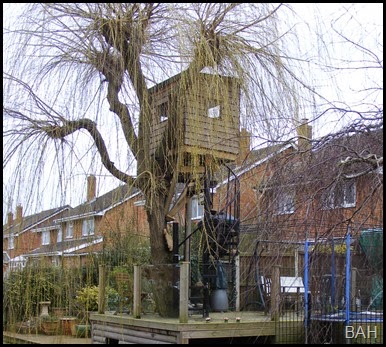 By now Gailey was in out sights with it Round Lock House, the only other place where I can think there are any more like it is on the Stroud Canal. 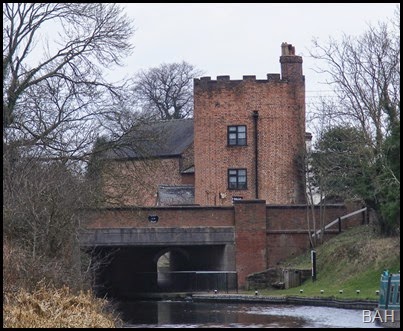 Another unique feature of the canals was just below the lock, again one of a kind, the ice breaker Tycho. 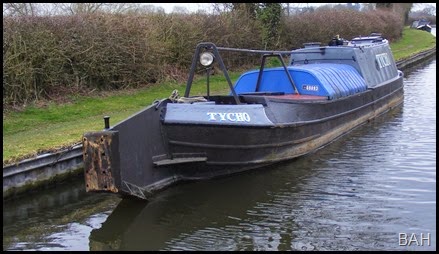 Gailey was the last lock for today and we carried on along the 10 mile summit passed the Chemical Factory. They have now banned 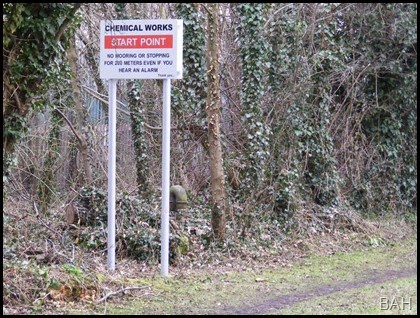 mooring along this stretch as well as smoking. I do wonder by what authority then have done this as there are no CaRT “No Mooring” signs in the area, not that I would want to moor next to their works. As for the “No Smoking” that is bit of a joke considering the passing boats all have internal combustion engines so would suck in any flammable gas so causing an explosion, to the other side of the site is the main railway line with overhead cables sparking away and on a frost morning. They even have cars on site.

We decided to moor once clear of the industrial works just south of Calf Heath Bridge No.77. Since we have been here we have been treated to an areal flying display by someone with some model aircraft, first acrobatics over our heads and the a jet fighter cruising round, its the first time I have seen a model jet powered aircraft. 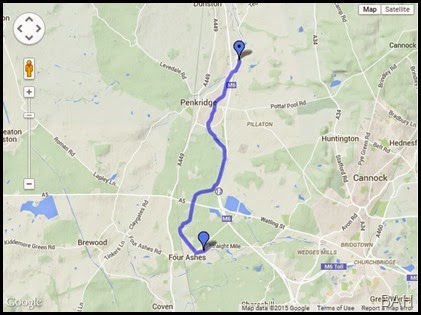 Tycho isn't a push tug - That ram on the front is for ice-breaking! (From Ray Butler, nb Owl)

Thank's Ray, I knew she was an Ice Breaker but thought she was dual purpose