It rained heavily overnight and we have had constant rain or drizzle all day which hasn't made it the pleasantest of days for boating.

We got away about twenty past ten and it wasn't long before we passed Mountbatten and Jericho moored a bit further along the cut. 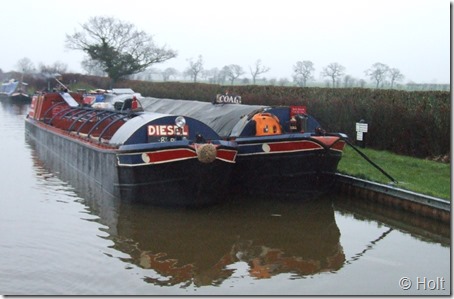 All the Audlem flight was against us so we got into our normal routine of Diana closing up after I have entered the lock and then walking forward to set the next, I scramble onto the lock side, fill the lock, boat out and close the gates, except at the first lock a boater walked by and closed up for me. On the beam of lock 14 there is a notice saying if a boat over 50 foot long requires water they should fill up below lock 13 as there is limited space outside the Shroppie Fly where the other water point is. This is due to the wharf crane being in a dangerous condition, so CRT have moored a short flat in front of it to prevent boats passing under the 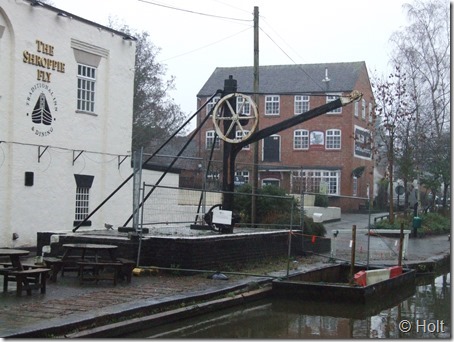 damaged arm. I presume that CRT have plans to repair it at some point or if they are just waiting for it to fall down. Once we were watered up we carried on. At about lock 7 we met four people with windlasses, it turned out they had just helped a single hander boater to do the flight, but they didn't bother to draw a paddle as they walked down towards us or even open the near side gate for Diana.

We passed the chap who kindly closed up lock 15 for us on his boat moored below lock 2 and above the flight we passed the single hander who had had all the help up the flight, he even told me how he managed to do it in 1½ hours, that is 6 minutes a lock including travelling between them.
We didn't fancy the visitor moorings at the top of the flight, as again they are under overhanging trees, so we carried on to moor for the night on the rings just below the Adderley flight. 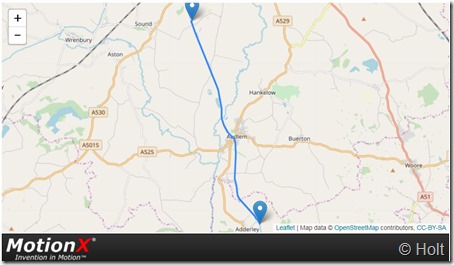