Overnight a notice appeared just before the service block, it had gone when we returned at about 2 PM 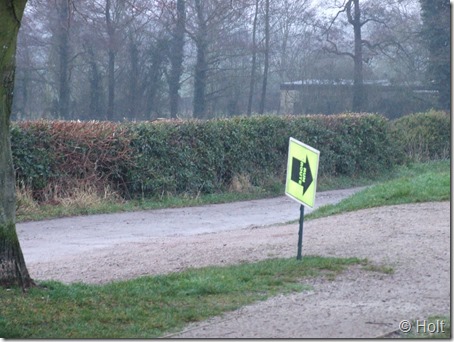 We set off at 10 am up the only singe lock between us and the stop lock at Autherley Junction. It was good to see the old goose at the top of the lock who lives with a flock of ducks. 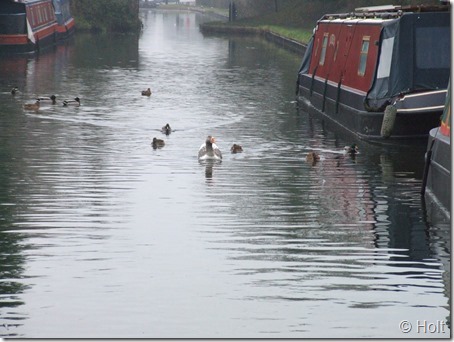 It was very dank all day and the sun never got through, there was no breeze and the weather just sort of sat there all day. It wasn't long before we reached Industry Narrowboats by Stretton Aqueduct, it was over a year ago when we last came this way, see my Blog here and it looks as if they are doing well at the yard. The boats moored there gave some very nice reflections. 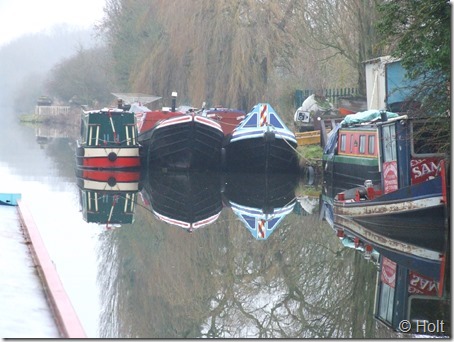 As we approached Brewood there are some long term moorings on the off side and a couple of the boats moored there must be well on the way to becoming SSSI's with the amount of flora and fauna growing on them, someone somewhere must own them and they have been hear for years.

After passing through Brewood an oncoming boater warned us of a tree down between bridges 9 and 10, there was just enough room to squeeze between the end and the towpath. We only went past bridge 9 before deciding to wind and head back north on the Shropshire Union, this is about 3¾ miles before Autherley where we had planned to turn. On our way back as we approached the fallen tree a boater we know was approaching from the opposite direction, I think he was taking photos. 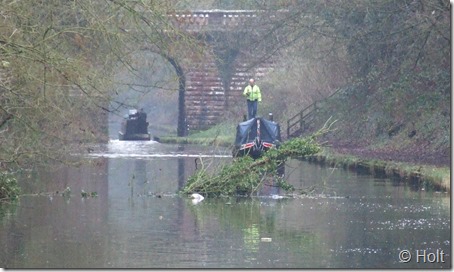 To the north of Brewood on the off side of the canal is a dead straight cutting with this structure at the end, they look as if they may have been sluice gates at one time, but was it a drain or a feed? There is also a derelict building beside it, may be a pump house at one time? 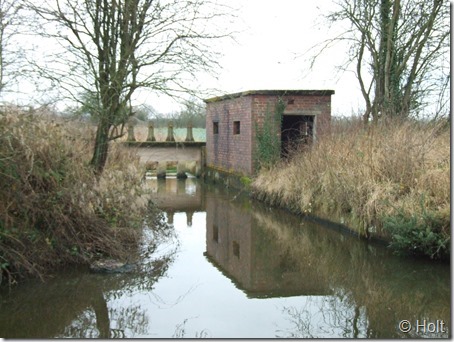 Its not even New Year yet and the catkins have started to come out along the canal bank, the birds are pairing up ready for spring. 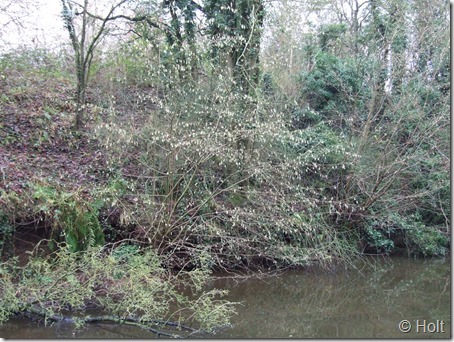 We continued North dropping back down through Wheaton Aston lock, pausing to fill with water at the services and then carrying on for a mile to moor just north of bridge 21.
Today has been another day for Kingfisher and Dabchick spotting, none of the Kingfishers today were flying, they just sat there as we passed. 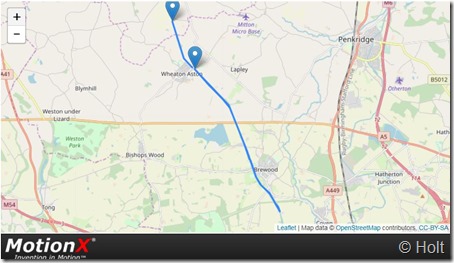