Well we went for a pint in the Anchor, not been in a pub like that since I was at school and saw in the Live and Let Live in Fleggburgh, a nice coal fire and just one other couple in there when we arrived, unfortunately it was empty when the four of us left.

We were a bit late getting away this morning, 10 30am. I blame it on our late night after watching Quartet on BBC2 last night.

I had to post this photo of yet another Kingfisher we passed today, the total has now exceeded 20 this trip but we were right beside this one before it took off. 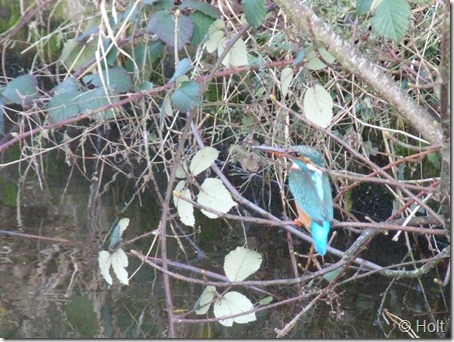 This is not my favourite canal, there are lots of long featureless stretches interspersed with lots of long term offside moorings. On of the features that does stand out on this length of canal is Woodseaves cutting which was cut through solid rock in places, 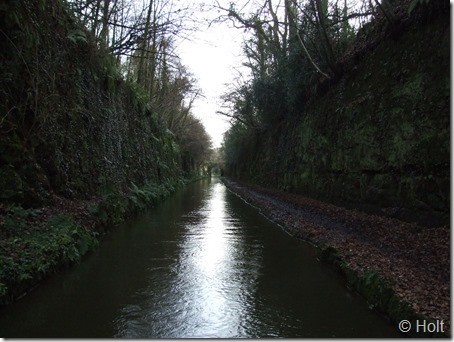 in other parts the banks are battered back, but in these areas there is often land slips on both the towpath side and the offside. As you 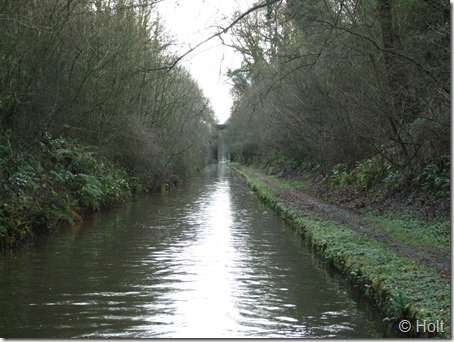 can see it runs dead straight.

We stopped for a bit to eat above Tyrley Locks which turned out to be a good move, as when we set off we met a boat coming up after the first lock. At the bottom of the flight a couple of tree roots have lost the fight to hang on in to the side of the bank above the tow path. 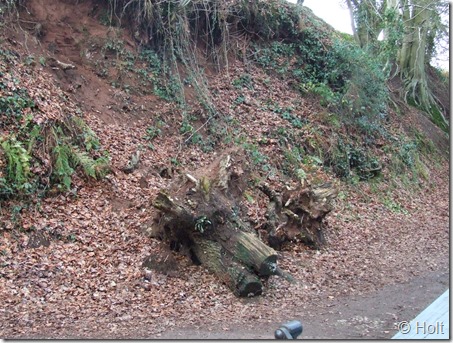 We pushed on to Market Drayton where we moored and made a trip to Lidl for a few odds and ends that we had run out of. By the time we returned it was getting on for half four and getting dark but we still decided to move on mooring up a little before 5 PM. just short of bridge 66. 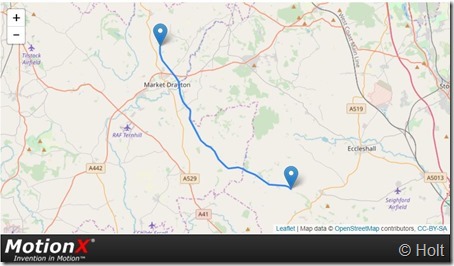