We sat watching Master Chef last night when we heard music, Diana blamed my computer which was off, it got loader so I suspected a group of youngsters in the kiddies play area and it got louder. Looking across the canal it was Santa on his slay, but due to lack of snow the Reindeer where at home and he had commandeered a tractor for the night.

It rained on and off all night but this morning it was back to a blue sky with some cloud in the distance, we did get a few spots of rain, but All the locks were against us until we reached Wheelock bottom lock where the only boat we saw on the move was just coming out of. On several of the locks we found the offside top paddle still drawn and met a CRT employee who was working her way down closing them.

By Booth Lane bottom lock I spotted this lone poppy and a photograph attached to the bridge wall, seeing things like this always makes me wonder what their significance is. Did he die on the canal at that bridge I wonder? 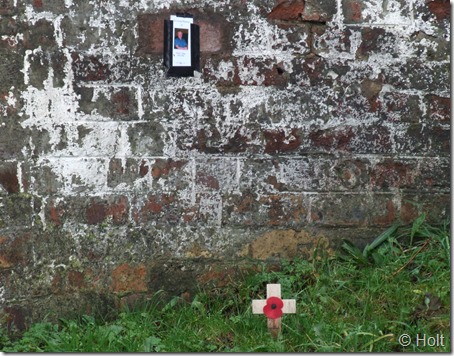 At Wheelock there were just 3 boats moored, one outside the Barchetta almost in the bridge hole and the other two just past the water point, the rest of the moorings are empty. We carried on and up the bottom lock to wind and then drop down again, mooring between the other two boats for the night. 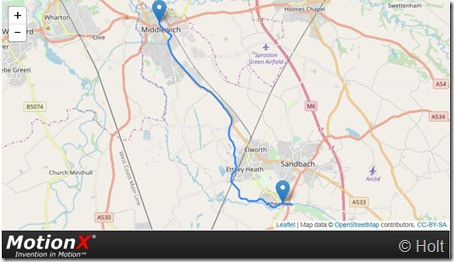