The wind picked up over night as the pressure dropped, at the same time the temperature rose and we had to turn the stove down as we woke up hot in the night.

It was a dull morning and we didn't wake to early as everywhere was quite dark, so we didn't get away until 1030am. Not long after we set off the first spits of rain arrived, not too bad as it was behind us. The first stop was the services at Anderton to top up with water and then on to the CRT visitor Centre where we winded for our return journey, this time stopping at Anderton Marina for a toilet tank pumpout.

As we left the weather deteriorated, the rain turning to a very fine but constant drizzle and by now we were heading into it.

At bridge 196 there is a stop lock, these were installed to be used in the case of a canal beach, as lots of sections of the canal around here are well above the surrounding ground level. This particular one has wooden decking above it and this has recently had anti slip strips attached to the surface. I think CRT has a program for servicing all the stoplocks along this section of canal over the winter. 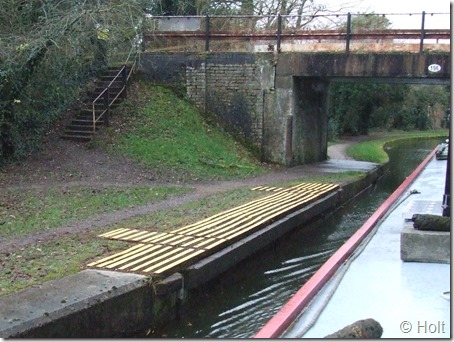 At Marston the towpath is closed by 193 and security fencing erected as there are plans to demolish the old salt store that is adjacent to the towpath, this has been in a sad state of repair for many years. 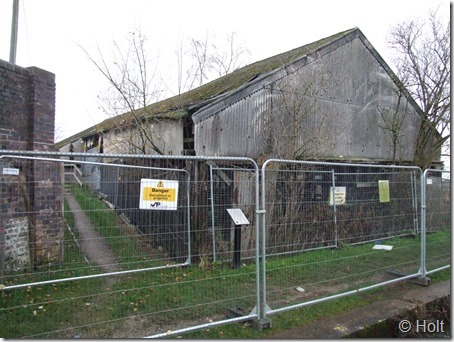 As we came through the Tata Chemical works the stink was something else, very similar to ammonia, I was quite pleased to be clear of that, as the weather had not improved at all we decided to stop outside The Old Broken Cross pub for the night and we will go in for dinner a bit later, I was going to return to the marina for the night so we can do a food shop in the morning, but stopping here means I can have a drink as I wont have to drive back afterwards. 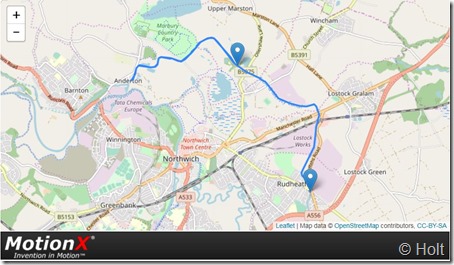