I had a Little job to do this morning before we left. The solar Panel control unit had a red light showing yesterday as well as the green to indicate the sun was almost shining, overnight in the dark, no lights, this morning in the day light just the panels green and the other red. Turned out that I had dislodged the fuse in the charging line when I changed the batteries last week. Only problem is my back is now complaining after lifting the tool box awkwardly, so it was 10 30 again before we were away.

Just as passed under the bridge before the locks a boat came up which was good new as the flight of 5 Adderley locks would all be with us, however the bad news was they had met a boat going down just before they entered the bottom lock, so it didn't sound to good for the 15 down into Audlem. CRT have a work boat moored part way down the Adderley Locks as they are cutting recesses to refit the safety ladders in the lock walls, now there will be room to get your toes through the ladder when standing on the rungs, there was about a 30mm gap before. 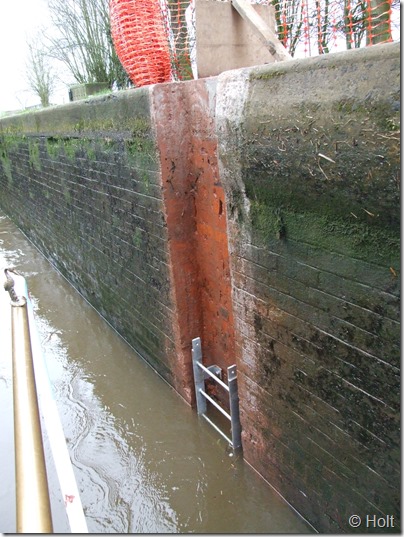 This area really is a high capacity dairy cattle keeping part of the world with lots of the cows living in large open sided sheds, these ones were outside and probably going in for milking. 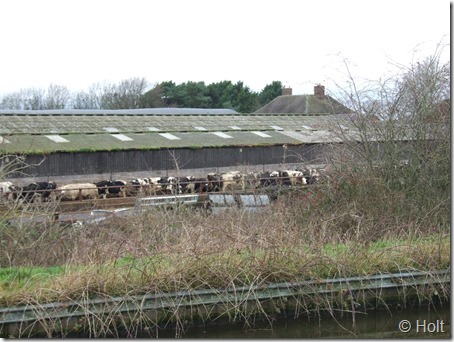 We arrived at the top of the Audlem flight and the first two locks were full. The cottage by the top lock has been greatly extended lately which has lead to a lot of discussion on the internet as not being in keeping with what was there. 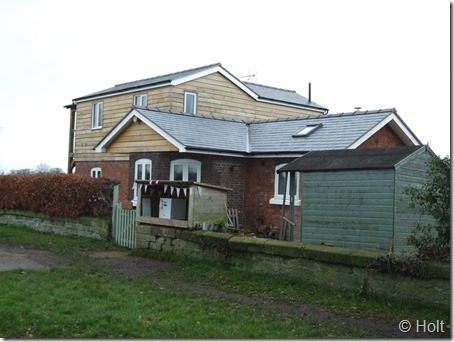 There is bit of a gap between the top two locks and the third, but as we arrived we were very pleased to see a boat emerging, the Lock Gods were looking down on us. All the locks down to lock 11 would be in our favour, we even met another boat so were able to leave gates open for them. I was going to tuck in for water in front of the Shroppie Fly but a boat was already pulling in backwards so we dropper through lock 13 and used that tap. The Shroppie Fly is closed again for another change of management, they don't seem to last long here. Once filled wit water we did one more lock before mooring for the night. 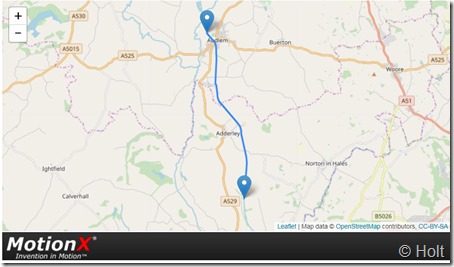