Well as expected  after rain all day yesterday was a nice evening. Today the weather has been much better, if fact ideal for doing 21 locks. We heard the first boat go by at 7-30am. so that was all the locks turned a little later there were a couple more. We set off at 10am and went up the first lock, as we approached the second I could see a boat entering the bottom lock below us, but before they could lock up a second had joined them so they had a buddy, we were Jimmy no mates. We waited at the second lock for a pair coming down and before we could one of the crew from the pair following closed up for us, they also did this at the next lock. We met the occasional boat coming down but most were against us and by the half way point we were only one lock behind the pair 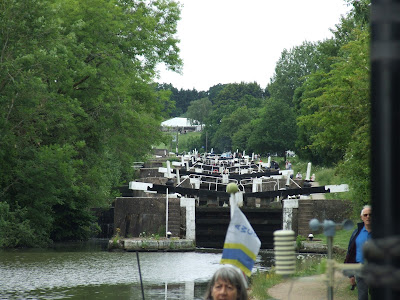 ahead, so we pulled over for a drink and a snack letting the pair behind go ahead. From now on we would be back to using just one paddle and not the offside so would be a bit slower.
i noticed set back in the undergrowth this post with an illegible plaque on the top 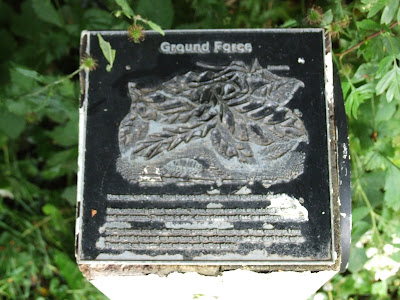 It seems a good use of EU funding putting these where people are unlikely to see them. 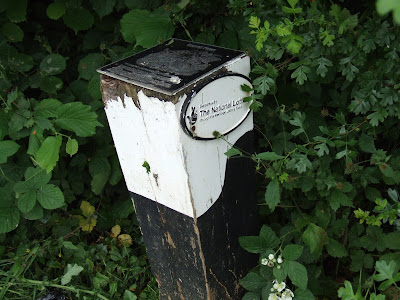 As we came up through lock 36 I said to the chap fishing on the off side that it looked ominous that his keep net was still dry on the bank, he explained that he had only just arrived, his luck soon changed. 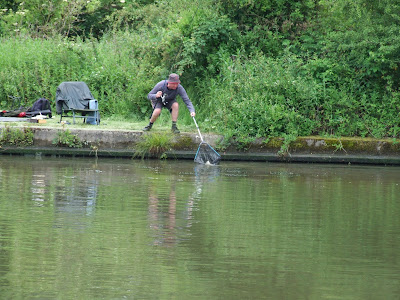 After 30 minuets, a drink and a fruit bar when the others were a couple of locks ahead we set off to the bottom of the next lock and waited for a Weedon hire boat to come down two locks. I was quite surprised to find that this old boat  has been fitted with a bowthruster. Looking at the specification its very good with 240 volt generator, dishwasher and coffee maker. When we got to the top of the flight we moored up and walked back to the café for hot Pork baps with stuffing and gravy, so that was another hour out of the trip. Its most unusual for us to stop during the day but to stop twice is un heard of. I did find the outside seating at the café most comfortable and we even watched a couple of boats go by.
Away again and the next thing of note is Shrewley Tunnel , this is a broad tunnel so there is room for two narrowboats to pass and no towing path, it is also quite tall, I can leave the exhaust up and at 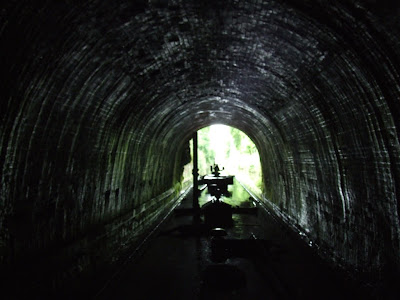 the north end very wet. It is also unusual as it has a horse tunnel running from the north end bit it emerges on the top of the tunnel and is not bored all the way through the tunnel.
This pair have boat have lying here for several years now, at one time they were up for sale for £10,000 but the money that needed spending on them even then made them worth nothing, now they will probably just rot away. 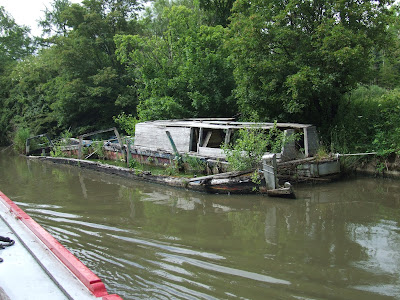 We didn't go much further before we moored for the night. There is a long section of concrete edging but a short way before bridge 61 there are two mooring rings spaced just 60 foot apart. If you don't know they are here you would sail straight by as the tow path is to narrow to put pins in. 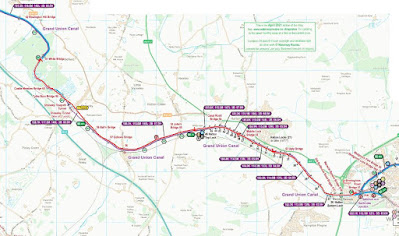