The plan has been updated  https://canalplan.uk/journey/15178_igP9-O4RsrC

Another quiet night, This morning we were off just before 10am as far as Hillmorton water point. It was so slow that Diana walked the rubbish up to the disposal point and was back well before the tank was half full. we called it a day at that point and headed for the lock. There was just one Volockie on duty when we arrived who had the gates open ready for us. On the island between the two locks there are Orchids growing at the head of the locks. 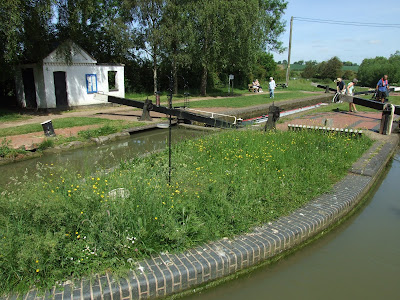 All three locks were with us and I spotted this finger post where the footpath runs off from the towpath at the second lock. 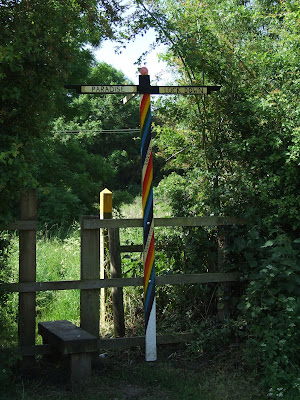 We had been following a new electric Narrowboat, Hunky Dory built by Ortomarine, its certainly impressive running on just electric but I didn't hear it with the generator running. The back pumping just above the locks was definitely giving some people a problem.
The housing development as you approach the bend before the railway is well under way now, I wonder if they will demolish the old house that stands on the bend. The houses nearest the canal are being built on ring beam foundations on top of concrete piles. 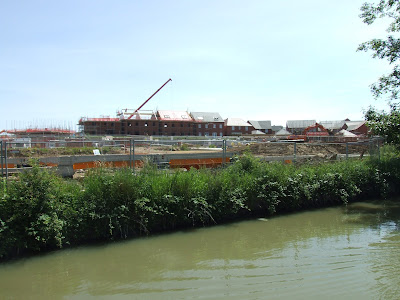 I did manage a photo of a turtle today, if I remember correctly they are Red Eared terrapins, the ones I had never grew this big in the tropical fish tank but I do remember they like eating flesh, so keep your fingers away. 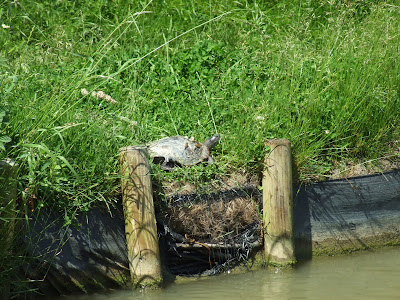 I am not sure where the sheep were coming from or going to but they suddenly appeared on the top of this bridge. 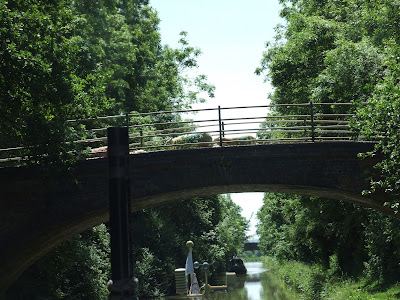 This is the largest gathering of young geese that we have come across on the canals this year, as you can see they are all of varying ages and sizes. 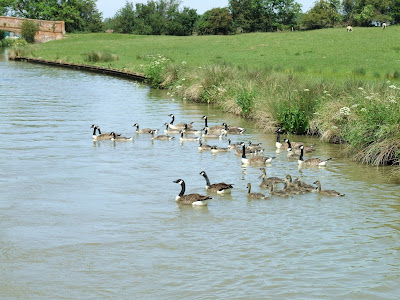 Anyone boating into Braunston will recognise this skyline instantly. 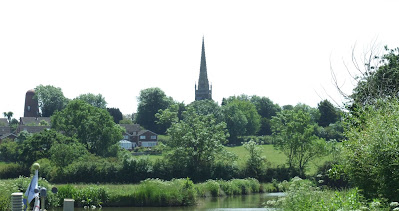 Once into Branston it was turn right at Braunston Turn along the Oxford/Grand Union canal, after a short time we passed this notice about wide beam vessels wishing to use the North Oxford canal. 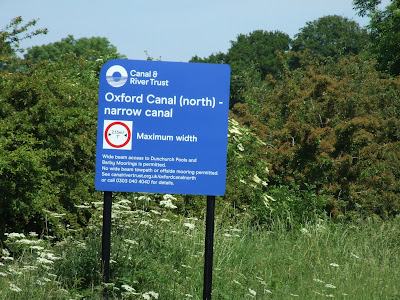 One wide beam boat made a passage along the canal yesterday having booked their passage with C&RT who in turn issued an alert to warn other boaters by email. We finally moored for the day by bridge 99 and since we have been here there have been many more boats moored ahead of us. 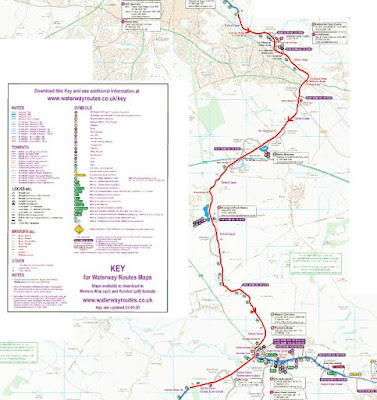