Firstly a couple of photos from yesterday evening. I can only assume these mooring restrictions were in force before the pontoons were installed. 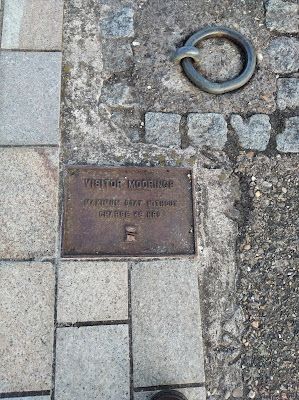 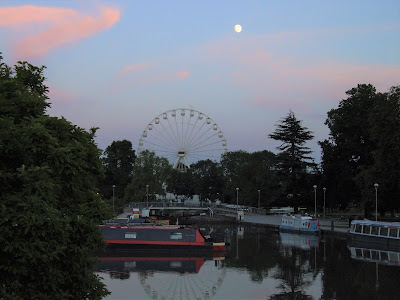 We left the basin at about 1130 this morning, just after another boat had arrived putting the first of the locks with us, however there was insufficient water in the first pound above lock 55 for me to get a boats length out of the lock, the next pound was only slightly better as can be see by this cruiser that lives there. 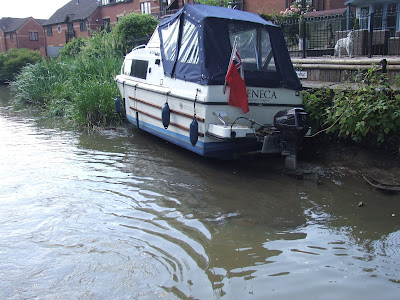 We both struggled with the bottom gate on Lock 53, this has no balance beam at all and is operated by a metal rail mounted at 90° so no weight to balance the weight of the gate, it all hangs from the heal.    Diana was just in time to stop a boat coming down turning lock 52 as I was sat against the bottom gate below it. Some clever person thinks under this rood bridge at the tail of the lock is a good place to feed the Swans so I had to get a family of 7 out of the way. This pound was far better but again the short ones higher up would be very low. Some of the locks could do with a bit of gardening. 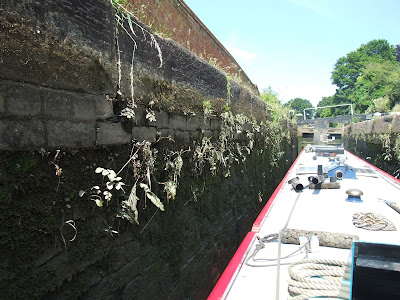 All the old buildings for Valley Cruisers are still there looking very down at heal, thankfully the water and Elsan disposal are still available and the bank has been let for long term moorings with plenty of space to use the services. 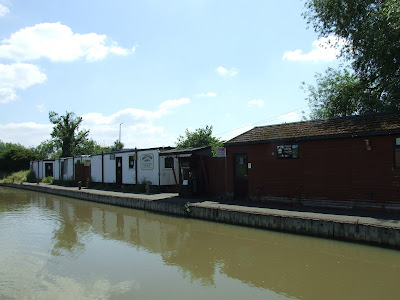 There were three Volockies on duty at Wilmcote Locks and one of them set a lock ahead for us as we approached, the other two joined us around lock 45 and assisted us to the top. I mentioned yesterday the split bridges to allow the tow rope to pass through when boats were pulled by horses, this photo shows it quite well. 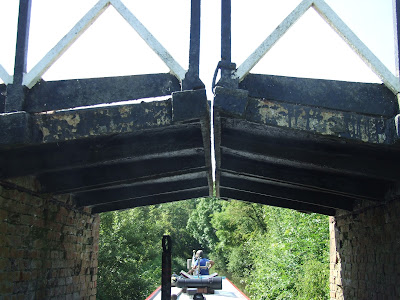 At Edstone Aqueduct 3 lads caught us up on bikes, one of them walked the length of the aqueduct along the towpath side rim, 50 years ago that would have been me, today I would be very wet. The other two didn't manage and stopped 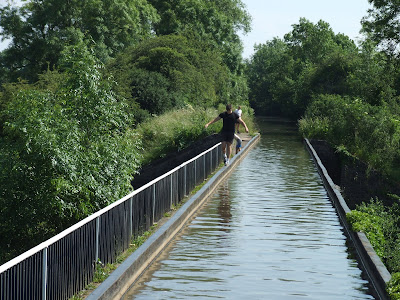 The rail tracks split as they pass under the Aqueduct to allow for the supporting leg of the trough. I  don't know how many supports there are over its length, 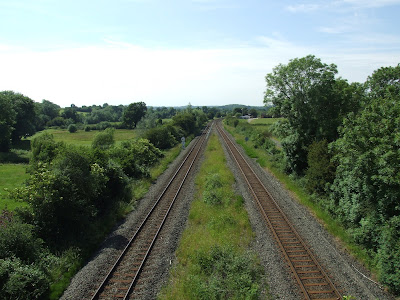 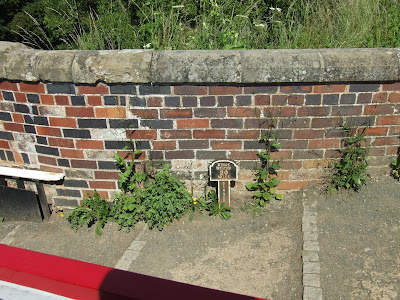 We went up one more lock, well there was a boat in the lock and the bottom gates open when I dropped Diana off, before mooring for the night directly opposite the Hill farm Marina. 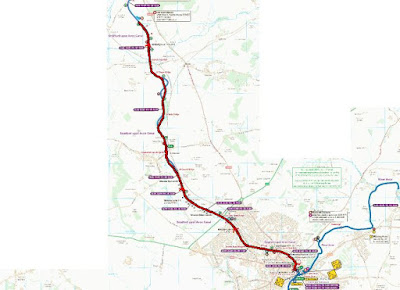