A nice peaceful night last night, during the evening a chap went up the towpath opposite in a Sinclair C5. A couple of boats came up before we set off so the bottom three locks should be with us, wrong, they must leak. This is the site of the massive landslide that closed the canal, it doesn't look so massive now but they were lucky not to lose the building, there is a good crack down the wall. 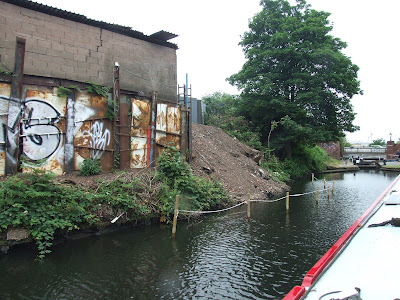 The nearby lock cottage may not belong to CRT but it's almost in CRT colours, just the wrong shade of blue. 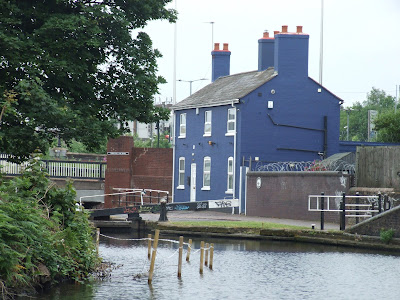 There is another cantilever bridge near the bottom of the flight, this one is a more interesting shape than the last with bit of a curve to it. 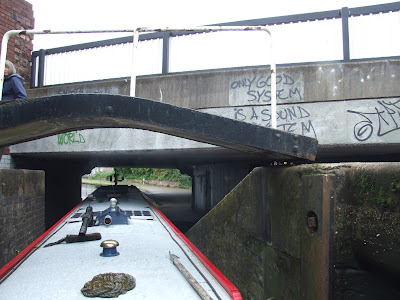 As we passed under one of the large concrete road bridge we passed the chap who had gone up the flight last night on his C5, he was drinking with his mates one who had an invalid scooter. 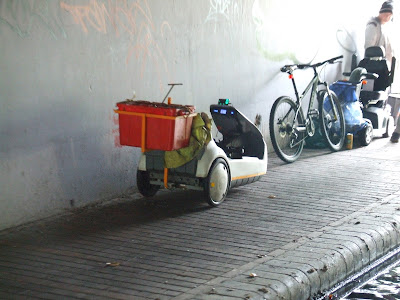 I just love this house in Minworth with it bus stop and other items in their front gardens, it brightens things up. 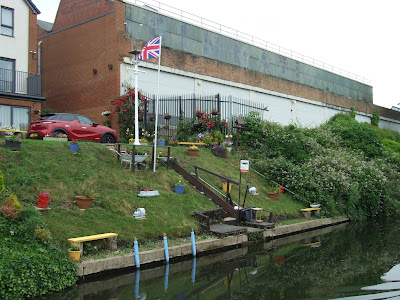 This couple were working their way along the towpath, picking up litter and depending what it was it went into one of several carrier bags or the bin on his sack barrow. 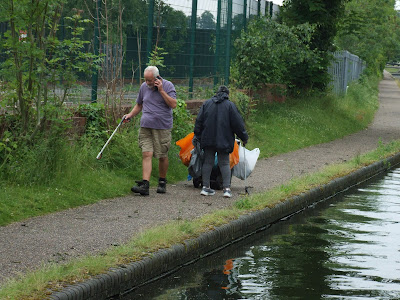 There are two large willow trees that now blocking the visibility along the canal, one each side of Dickens Bridge, another email to CRT, I hope other boaters do the same. 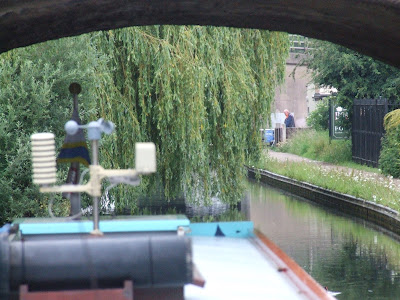 Meeting a boat coming out of Curworth top lock filled us with hope that maybe some of the locks would be with us, but no, we caught up with the boat going down ahead just as we moored up for the night, it was the first time we had seen them.
The offside grass down the Curdworth Locks has been put aside for wild flowers, when I saw the notices about this last autumn I was worried that the lock sides would become overgrown, but that's not happened and its being well managed with a strip being mowed along the side of the lock. 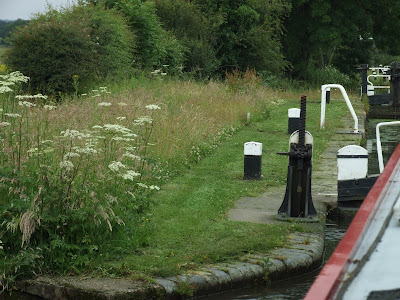 This is the only bright colourful yellow field of rape we have seen glowing in the sun shine. 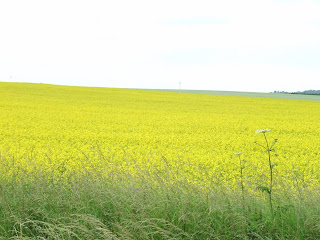 There is very little change at the site of the HS2 crossing, both the telegraph pole and the mooring bollards have disappeared. A little further on is a very unusual sight where the paddle retaining chains are still in use at this lock, most of them are just left dangling beside the paddle gear. 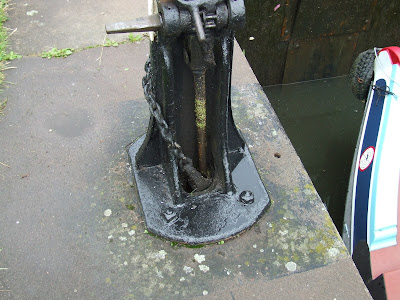 We carried on down to moor for the night just above lock 7, this is one of the quietest spots we have been able to find down here with the motorway following the canal. Diana was preparing dinner and looked out through the side hatch to this view, a red sky at night is a shepherds delight. Lets hope its right. 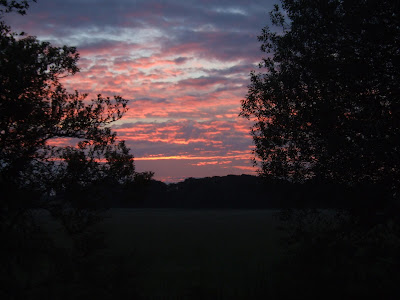 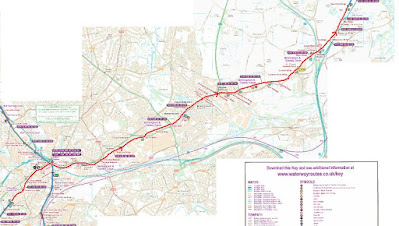