Firstly some information from feed back I have received.
It was suggest that the iron paddle posts were  not original South Stratford lock furniture but were actually borrowed from the Monmouth and Brecon Canal when the South Stratford was restored and were use to replace missing wooden posts possibly like these on the North Stratford canal. 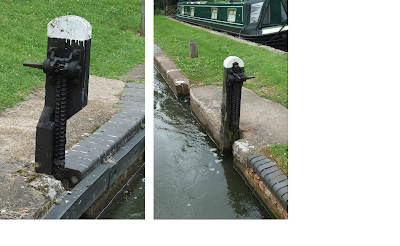 Secondly Lowsonford Railway Halt I received this link that makes it clear as mud if there was a Halt or not
https://www.warwickshirerailways.com/gwr/lapworth-henley-branch.htm
Now the new posting
Boy did it rain yesterday evening, thunder lightning, towpath awash all the car alarms going off on the cars parked nearby. Diana said "good job we don't still have a dog to take out in this weather". 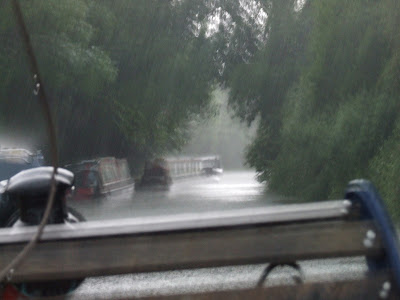 I can't remember being on the boat in such a downpour, bouncing up through the mushroom vents. The rain gauge which was probably overwhelmed by the flow recorded 35mm of rain.
This morning it was all forgotten and when a boat came passed going down hill just after 10am we set off, but it was fools gold, he must have been moored just below the flight as all the locks were against us and not a boat in sight. The angling club that controls fishing in this stretch of canal have erected this sign, its such a 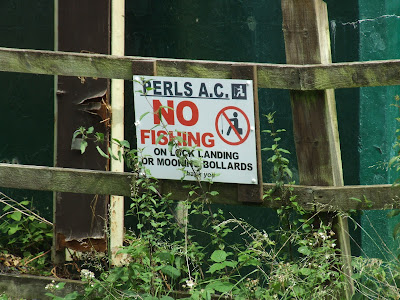 shame other clubs don't have and enforce the same rule.
We had only done a couple of locks we we spotted a boat come into view, so the gates were left open and we went up in the next lock to wait their arrival, we were to meet 4 more boats before we reached the top of the flight, lock 2.
I think last nights rain must have encouraged an angler in one of the upper pounds to pack up  quickly and go home as these were left in the bank. 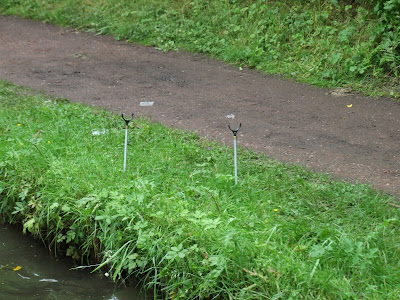 As I entered lock 7 this little chap sat on the lock handrail to watch my progress, he didn't comment on my steering abilities which was nice of him. 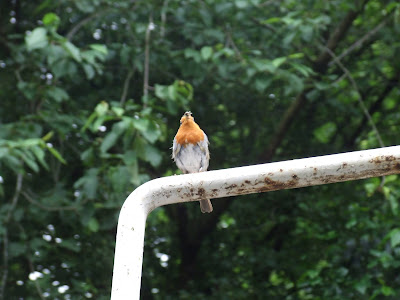 We stopped for a while above lock number two which is the top of the flight to have a chat with Clive and his wife, ex Chairman of IWA and present chairman of the Stratford upon Avon Canal Society before continuing our journey to moor just to the north of Shirley Draw bridge. Diana only held up 7 cars while we passed. The bridge has new controls including lights and falling barriers, CRT have put this sign up for boaters, I am not sure how you can push a lift bridge open with a boat. 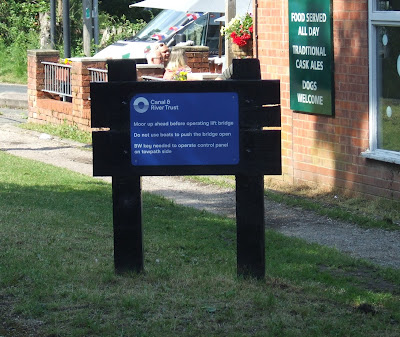 On our we we made a brief stop at bridge 20 to visit Wedges bakery for some cakes and things.
As we passed under bridge 23 there is this board which donates which river authority is responsible for water including extraction , sewage and drainage, back in 1973 the two bodies were amalgamated to make the Severn Trent water Authority. 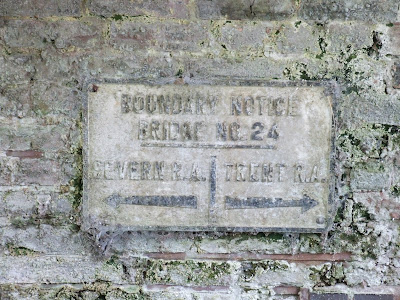 The last time we came this way in 2019 the Earlswood boat club was being demolished, it has now been rebuilt at Lady Lane Wharf owned and run by Waterpride Estates Ltd. 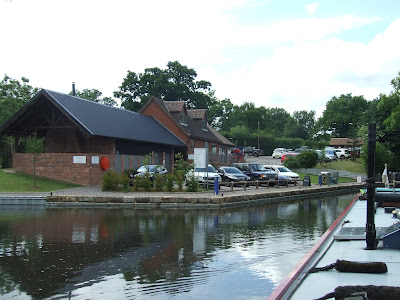 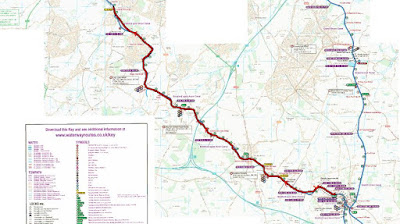