All set for our normal 10am start when Diana reminded me of the tunnel time at Saltersford, we missed it by 5 minutes, but used the delay to scrape some of the rusting paint from the roof. More of that later. Only one boat came through the tunnel in the opposite direction while we waited, but nb. Squirrel caught up behind. We have seen him several times, sharing locks on the L&L and mooring behind him at Lymm. On the way to the tunnel we met Bruce and Sheila on Sanity Again who we have not seen for some time. Half past eleven and we were on our way into the darkness. Barnton tunnel which is the same length but much straighter is a free for all, first come first served, only in this case there was a boat just about to pop out as we arrived. What makes it a bit awkward is there is a sharp bend right at the mouth and you can't see into the tunnel until you take the bend.

From here we had a clear run past the Anderton Boat Lift and on to the Lion Salt Works, this weekend they have a transport event on so all the moorings outside the museum are reserved for historic craft. 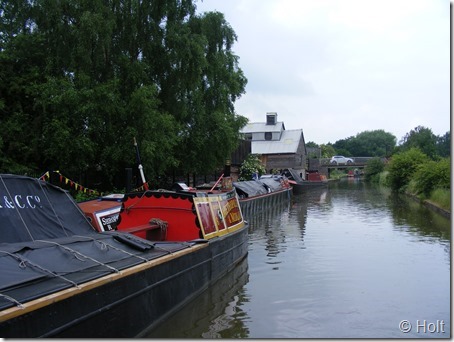 A little further on we met Richard on the fuel boat Mountbatten as he headed to join the others. As we passed he warned me that the fire brigade were drawing water from the canal but we could pass with care. 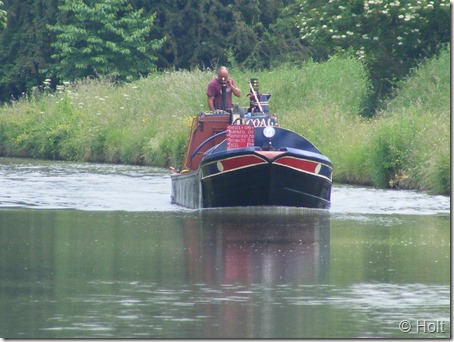 It turned out that there had been a fire at the Tata Chemical works and the fire brigade had set a pump up on the bridge to feed their pumps, we did get by on the second attempt, we went hard aground on the first. 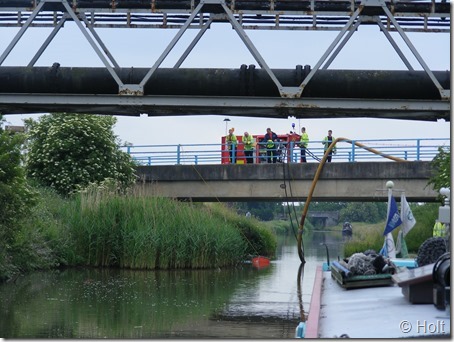 When we reached Park Farm marina we pulled in to unload some of the stuff to the car, like the old engine oil etc and then set off again towards Middlewich as a friend is holding a coffee morning there tomorrow in support of the Middlewich Branch breach.
The new Oakwood Marina is coming along nicely and there are now 4 boats moored there with all the jetties completed. 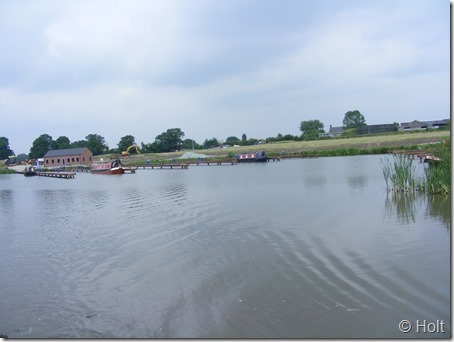 We didn't want to go right into Middlewich this evening so moored opposite Bramble Cuttings for the night, I then set to sanding down some of the rusty roof, only some. Needles to say I was half way through treating the areas with a rust converter when it started to rain, so that was finished after tea when the weather improved again. 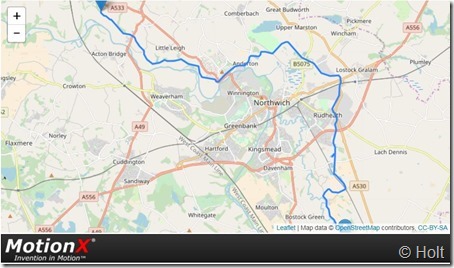