Last night we had been moored for an hour before the rain came, it didn't last long but it was very humid after that and for the first time this year we a a louvered screen in the engine room side doors.
This morning was an alarm job as we wanted to be away down the flight at 8 o'clock, its was a drizzly sort of start to the day but soon cleared out, you can only enter the Wigan flight between 8 and 9 am or 12 mid day and 1 o'clock., at other times the top and bottom locks have padlocks on them. They also unlock between 4 and 5pm to let the afternoon boaters out.

As we set off all the locks were against us so while I work the boat down one, Diana walks to the next one down and draws the paddles so that its full when we get there.
Just bellow the top lock someone has gone to a lot of trouble smartening things up with a bit of gardening. 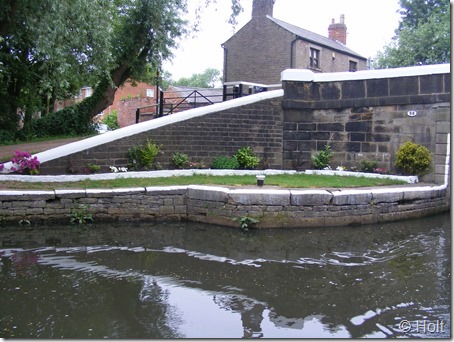 A lot of the locks have props to support the top corner of the bottom gates when they are closed, there is an awful lot of weight on these gates with a full lock. 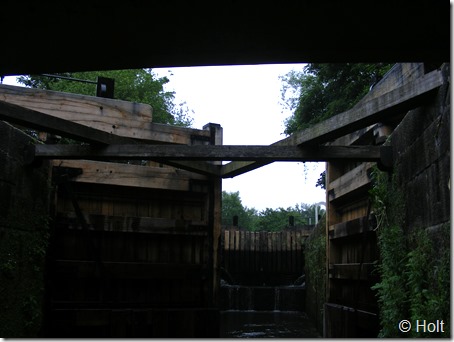 The view down this flight reminds me a bit of the Hatton 21 with the view of the spire down at the bottom of the flight. 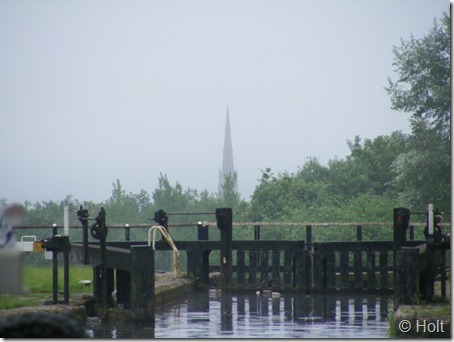 We had got to about lock 70 when the lock keeper caught us up to tell us that he was bringing a pair down behind us and he would send one of the Volockies forward to help us, we would also meet a boat coming up who was being assisted by 2 Volockies. We met the other boat as we were going down in 75 and I actually pulled into lock 76 beside them as they just didn't come out. At this point there was a change of plan and we now had 2 Volockies, one trailing to set the lock for the pair coming down.

Some of the locks still gave their original numbers just below the bottom gates on the off side, this one, lock 76 which was rebuilt by BWB in 1988 was originally Lock No. 12 numbered from the top. 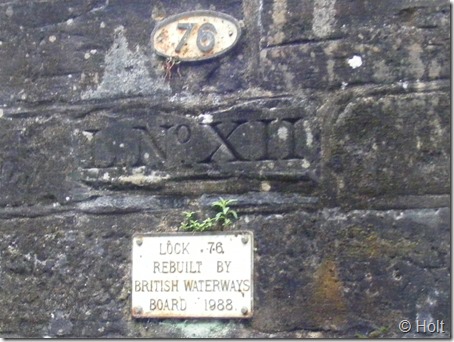 Also at some point the walls and ground below the locks has been raised, you can clearly see the line of the original stone work with a higher wall on top, I don't know why or when this was done. 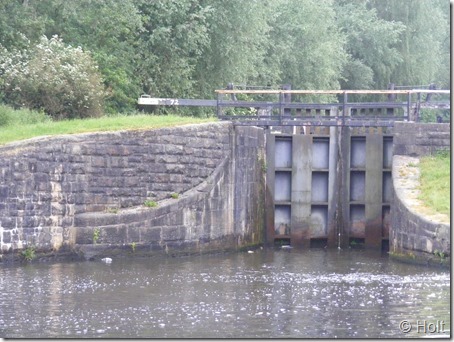 With the help of the 2 Volockies we were sitting above the bottom lock, 85 at 11 am, just 3 hours after setting off and of course the bottom lock still had the padlocks on it so it was coffee and a chat all round until the keeper came down with the keys to release us.
Once out we carried on down one more lock to moor for the night on the visitor moorings, tomorrow we plan to visit the Trencherfield museum as its a steam day. 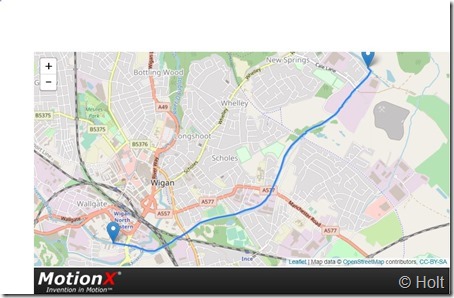