Today would be a day of stops and starts
Last night a boat moored right in front of us, facing the same way, he left at about 8am this morning, as we set off at 10am we met him coming back. It wasn't long before our first stop, at the top of Johnson's Hillocks Lock to take on water. Once the tank was full we turned the lock and opened the gate, looking back I could see a boat approaching so we opened the second. It was the same chap who moored in front of us last night. He had come down towards the locks this morning, winded in a small gap and reversed to the services to pump his toilet and take on water. Now his bow is too deep to wind in the same gap so he had to carry on past us, wind and then return back town the locks to carry on his journey. Once in the lock we were on our way down, looking back at the guard  on the paddle, amongst the junk sucked through I could identify a boot and some road cones. 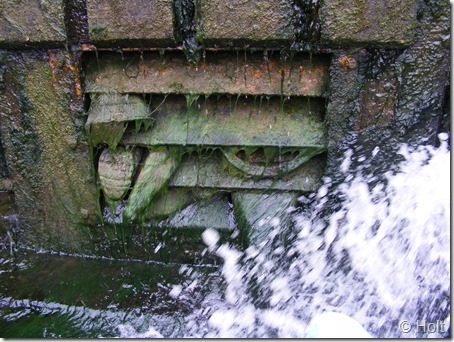 As we were in the third lock a Volockie came wandering up and told us there were two boats coming up and she was concerned there would not be room for us to pass between the locks. We waited ages until they finally came up the next lock and set off passing them mid pound. 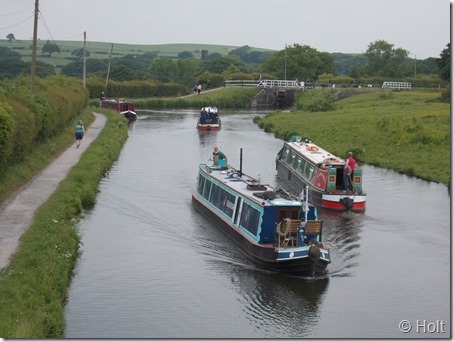 At the next lock we found two more Volockies and they worked well accompanying us down the rest of the flight, one going ahead and opening the top gates of the next lock ready and then closing the off side gate when we were in, the other boat was single handed.

At the bottom lock was our second stop of the day when I went round to pay Audrey of the IWA for the plaques we ordered for doing the L&L and Liverpool Link, it turned out Audrey was at home so I also collected the plaques and stopped for a chat (poor Diana was left holding the boat)

At the bottom of Johnson's Hillock lock the disused Walton Summit canal goes off to the left. This is part of the old Lancaster canal route with the north and south half joined by a tram way. 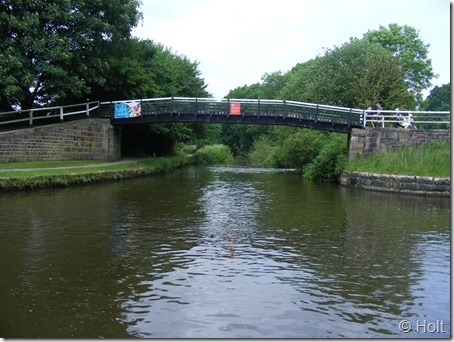 Also below the locks in a marker board to show the level in the pound between here ad the top of the Wigan Flight, some 10 miles, as you can see the level is down about 160mm in the red. 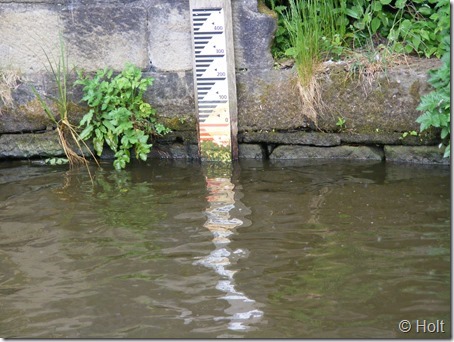 Once I finally returned to the boat we were off again spotting not only yet another terrapin, they all seem about the same size so I suppose one day they will all become extinct in the UK and a family of signets, some hitching a lift. 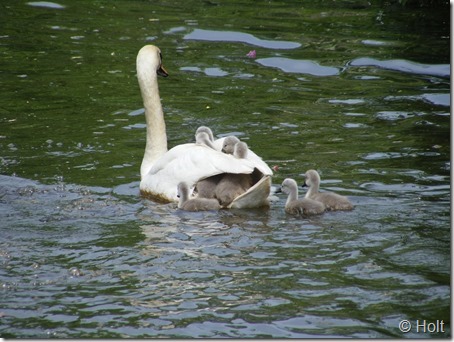 On our way up we passed under a stone railway bridge and I noted the lovely flow of the stone work up and over in crescents is the best I can describe it, so every stone must be a slightly different shape both in taper and radius. 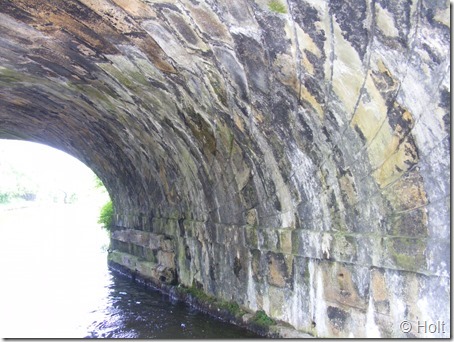 Then came our next stop at Frederick's Ice-cream Parlour at bridge 72 where we met up with friend who have a share boat and indulged in some first class ice creams. That sorted we were away yet again heading for the top of the Wigan flight for the night, just before we arrived we were passed by this three wheeled 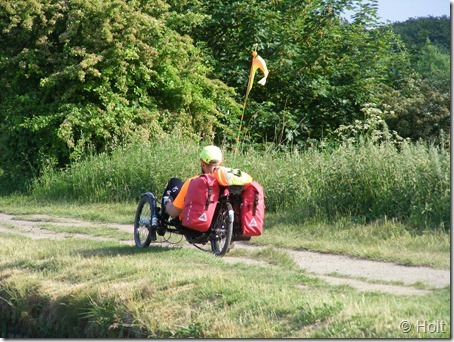 recumbent, we have seen one or two of these this week including a two wheeled version. When we arrived at the locks Lady Teal was on the moorings but I was going to tuck in just behind her, Diana had just stepped ashore with a rope when the owner returned with the next set of guests and told me they would be leaving straight way, so we could move back to their spot away from the water point. You can see in this shot where we are moored, the boat in the distance. 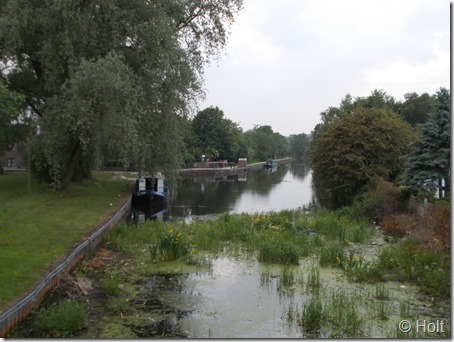 It was taken from the bridge over the short disused Lancaster branch going off from the top of the Wigan Locks.