Last night in the pub was interesting, the food was better than I was expecting, the beer as nice but we ended up drinking a little bit more than planned. I would like to say ore but it wouldn't be fair as it all turned out very well.

This morning bit of a lat start which saw us following Duke and Duchess a pare of hotel Narrowboats. We were facing Liverpool the direction they were coming from so had to wind, but we still arrived at Ell Meadow lock while they were still breasting up and going in. 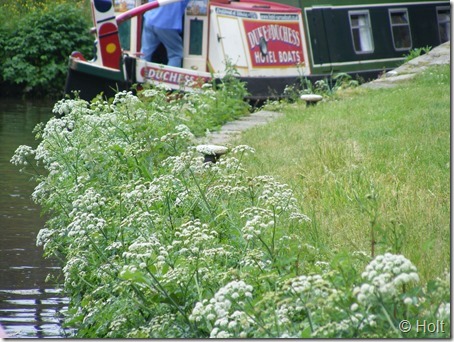 A nice over grown lock landing to watch your step as you get off the boat.
By now another boat had caught us up so we were able to send the pair on there way while we closed up.

For reference of boaters who do a longer day then we do, this and some of the other locks around Wigan are locked overnight and only available for use 8am until 8pm. 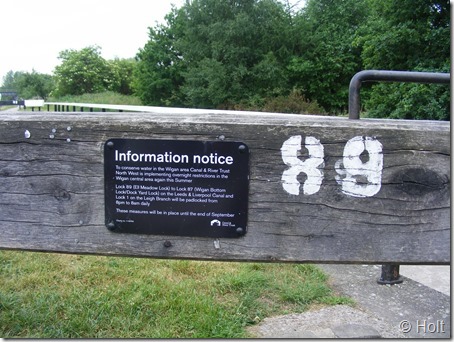 he hotel pair had just cleared Pagefield lock when we arrived so they were making good progress, here they are going past Wigan Pier. 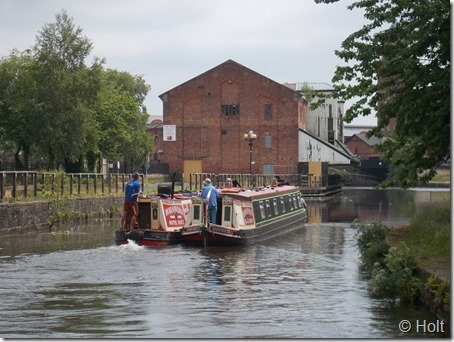 We stopped at Wigan Pier so I could visit B&Q, if I had realised exactly where it was I would have stopped sooner. The rails at Wigan Pier are in a terrible state, they only need a couple of grand spending on them, when you consider its one of the things Wigan is famous for. 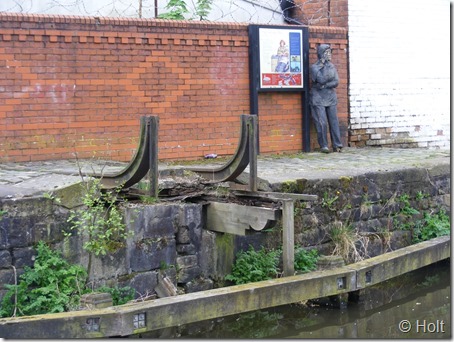 While I was gone Diana was with the boat and was able to watch some filming taking place, luckily I had moored just before the bit they wanted to use. She said the two groups walked towards each other about 6 times. 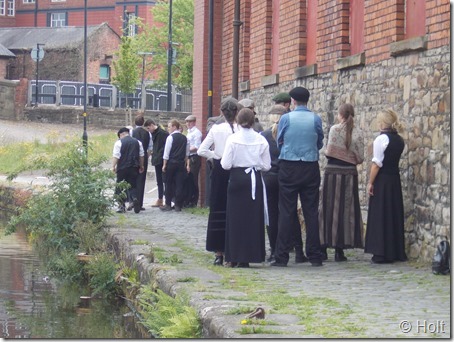 By the time I returned (a shorter route via the tow path) the other boat was well gone so it was off up Wigan Bottom Lock alone, this was originally number 23 lock counting from the top of the flight. 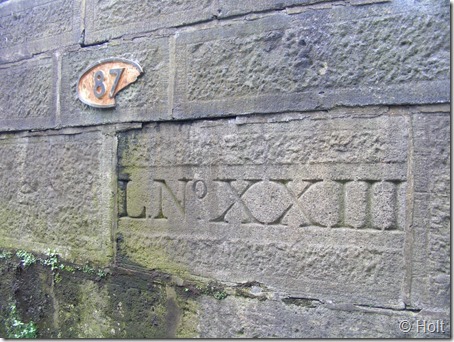 We had to wait at Henhurst lock for a boat coming down, this 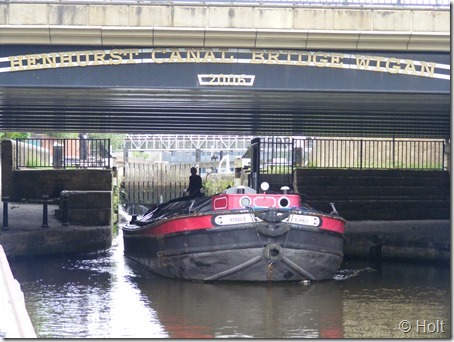 turned out to be the Fly Boat Ribble, she is a L&L Short Boat so can go all the way from Leeds to Liverpool, she was built in Northwich in 1934 by Yarwood's. 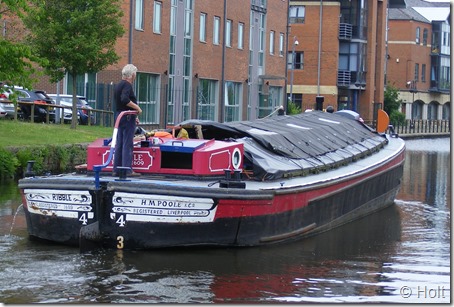 Once we were through the lock we found the pound well down and after turning onto the Leigh branch we were bouncing along, so coming into the bank was out of the question, just put the nose against the gates and stay in the middle. This is only a short pound but the only feed is down the 21 so if boats are coming up or going down the Leigh Branch or out to Liverpool they all take a lock full of water with them.

A short way up the Leigh Branch we passed Duke and Duchess where they had stopped for lunch, perfect timing, they were just about to set off. We decided to moor at Dover Bridge and is wasn't long before they came past us, singled out again but not on cross straps, but just a pair of straps. 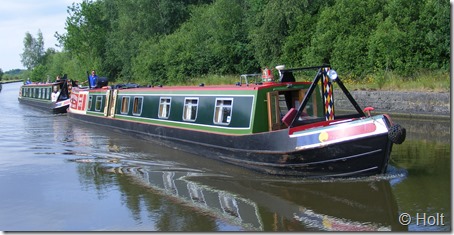 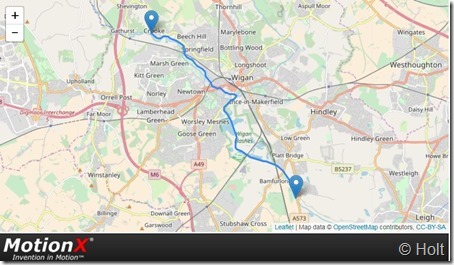 There's a feed from the River Douglas into the junction pound - it comes in under the towpath a short distance on the Liverpool side of the junction IIRC.