10-30 before we were away this morning and a gentle run for about an hour when we moored at Thelwall Underbridge. On our way we passed this un-powered Narrowboat that has recently been raised, 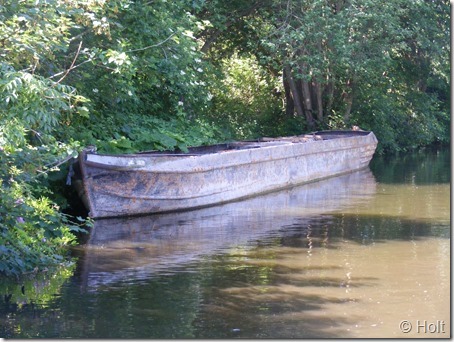 From Thelwall Underbridge we walked down to the ferry at Thelwall, this takes you across the Manchester Ship canal for 11p but only runs limited hours morning, mid day and tea time. The Ferry Mans hut is still there and has a wing mirror mounted in it so he can see across the canal from his seat. 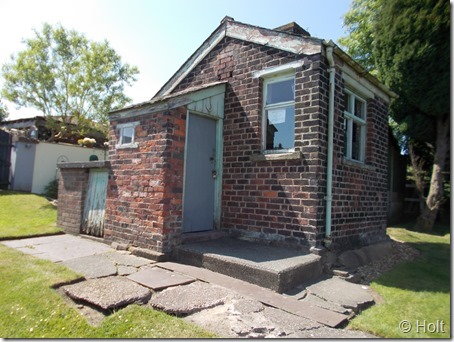 The ferry is now an aluminium craft which is propelled by a single scull over the stern.All in all a very peaceful spot in the late morning sun.

Thelwall claims it was a City formed in 923 by King Edward the Elder and that is written on the end of the pub, so must be true. Kying Edwarde made a City at Thelewall.

Back to the boat and we were away again and about a mile from Stockton Heath we started to catch up with a hire boat with 6 Norwegians onboard, as I was stopping at Thorne Marine for diesel I eased back, mistake, they stopped at Thorne Marine to fill with water, so we moored under the bridge behind them for half an hour. While we were there Buckden came by towing the fly boat Saturn. They were returning from Ellesmere Port by coming up the Manchester Ship Canal to Manchester then locking up to the Bridgewater Canal at Pomona Locks, due to the Breach on the Middlewich Branch and the out of action lock to the River Weaver. After out half hour wait we filled with diesel and ice cream before setting off again. As we approached the Science Park two horses were having a whale of a time in a potato field, the last I saw of them was them galloping through the Barley. I hope no harm comes to them. 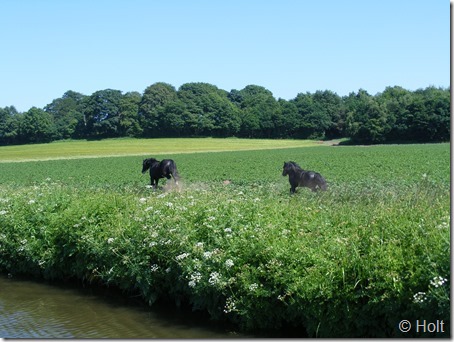 At Waters Meeting it was hard right down the Runcorn Arm to fill with water, then reverse a couple of hundred yards to wind in the marina entrance before retracing our steps to the junction and stopping at Midland Chandlers for a new rubber washer for the diesel filler cap, they swell with the diesel and if they don't sit right you can get water in the fuel tank.

The window for travelling through Preston Brook Tunnel in the direction we were going is between half past and twenty to the hour. we arrived at about quarter to, so had three quarters of an hour wait until 5-30 pm. Once through the tunnel we carried on and moored at the site of Dutton Breach where I did an oil and filter change plus top up the batteries. 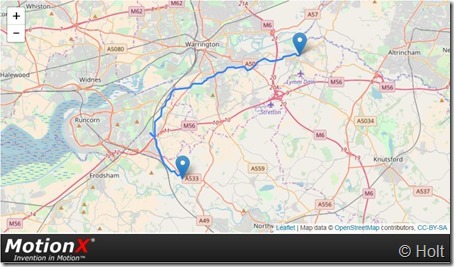 The unpowered narrowboat is used as a bridge by Lymm Cruising Club when they host the Federation of Bridgewater Cruising Clubs rally.