As we walked over the foot bridge from the Trafford centre last night we could see the work going on to lay the Metro Line from the Trafford Centre to Manchester. No photos because we don't take a camera when we go out for dinner.

This morning we were a bit late getting away and there was a steady stream of Narrowboats coming towards us.

There is a lot of work going on at Parkway Bridge. This will be a new bridge for the Metro, I wonder if there will be a long stoppage to fit the deck on it. 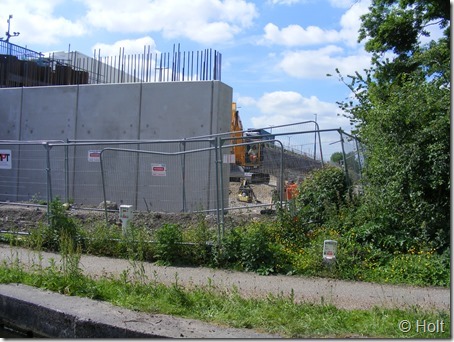 Just before Waters Meeting there is the old Kellogg's arm, with a gate across it running into the factory yard. 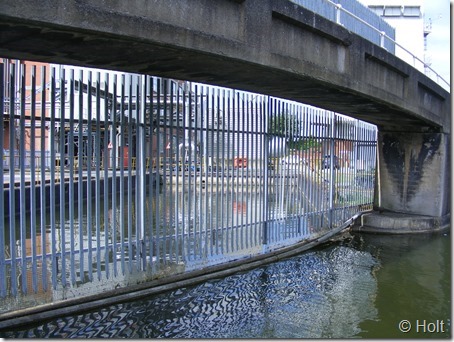 One boat we passed was this very smart little craft from down on the River Weaver called Jacqueline, she looks in superb condition and a credit to her owner. 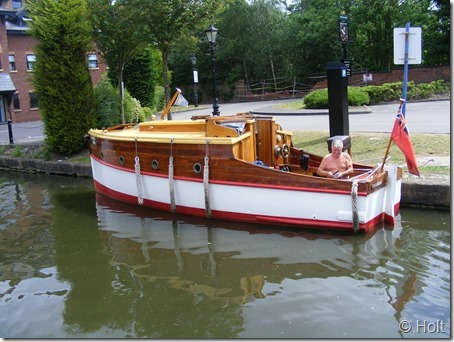 Work is still ongoing at the old Linotype Works but its impossible to see what they plan to do with the old gable ends, maybe the plans are on line somewhere. 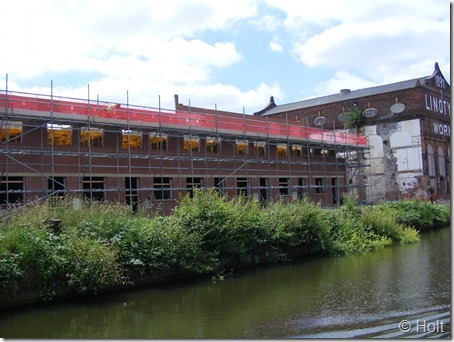 This is one of the few canal where I could break the speed limit as like the narrower canals its only 4 MPH but the water is deep and wide enough for us to manage more than that. 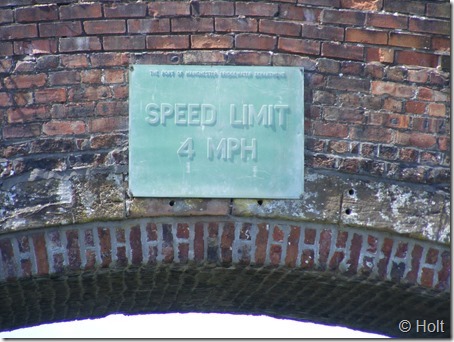 We planned to moor in Lymm for the night but seeing the number of boats about wondered if we would get in. Thankfully there was a gap between the first and second boat just the right size for us, so no wasted spaces.
I thought as this blog was quite short I would include a short video that I recorded at the Trencherfield Mill steam engine. 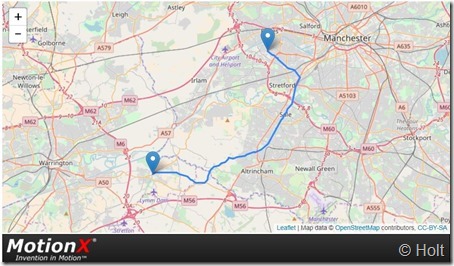