First task today was to dorbing grey paint over the red oxide, I did give it a light sanding first. As I was working away I heard this rumble on the bridge ahead and looked up to see probably a steam roller towing a living wagon. 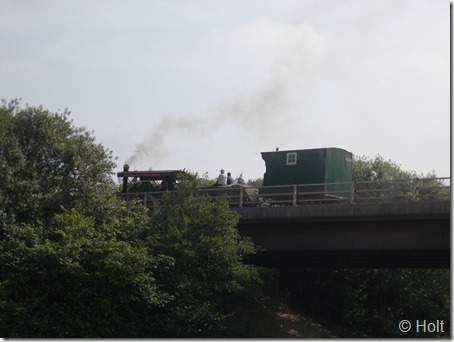 Even at 10 am the steel was really to warm for painting and by the time I had finished at 1030 the first bit was quite touch dry.

Once finished we set off up Wheelock bottom lock as that is the nearest place to wind only to come straight back down again, we didn't even need to close the top gate. The canal has been quite busy today which is good as it meant that most of the locks were with us.
The old bicycle left by the wall was gone this morning but there were another pile just through the bridge, we saw 3 chaps with magnets arrive yesterday as we left Barchetta so they caught a few bits and pieces. 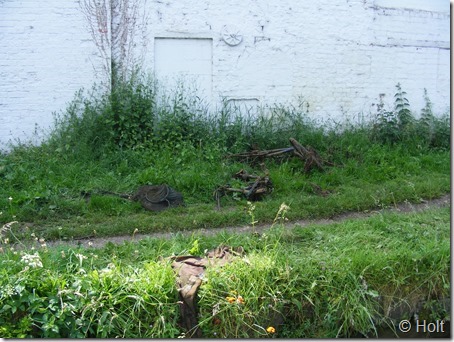 By the new housing estate at Sandbach a water course has appeared draining into the canal, the yellow material is an attempt to catch any floating pollutants. I wonder how long its been hidden for? 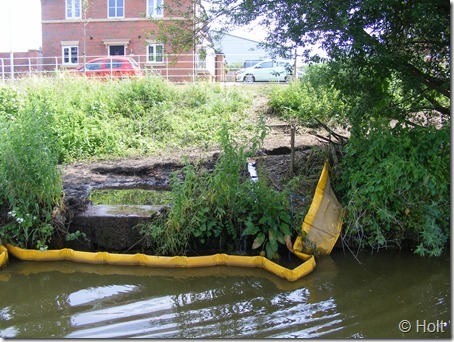 As we approached Middlewich our lock luck changed as we caught up with a boat who left Wheelock just before us, on the offside of the canal the Honeysuckle is in full bloom. 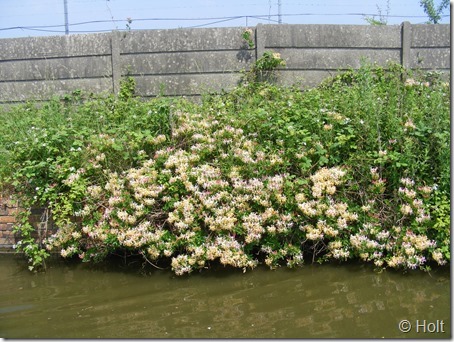 As we approached Kings Lock Diana went ahead to set it so I could go straight into the lock after negotiating the sunken boat, 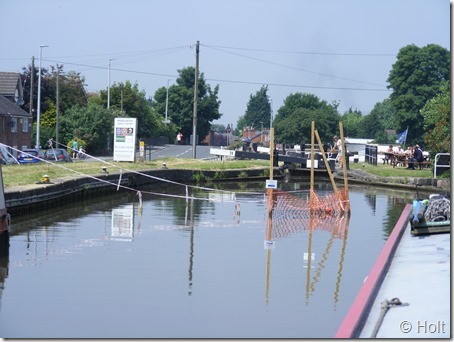 below Kings lock the levels were well down with some of the moored boats well aground. As you can see there is nothing on the junction to indicate that Wardle Lock and the Middlewich Branch are closed. 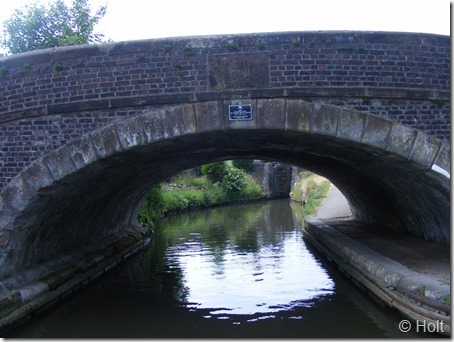 Levels today were lower then yesterday and I slithered under the bridge 169 and say in the lock mouth at the top of the Middlewich flight not wishing to ground out near the side. The level in the pounds of the Middlewich flight were much better than yesterday and we got through without letting water down. There were loads of empty moorings above Big Lock due to the mooring restrictions for the festival, the small print says its effective from the 11th. tomorrow. 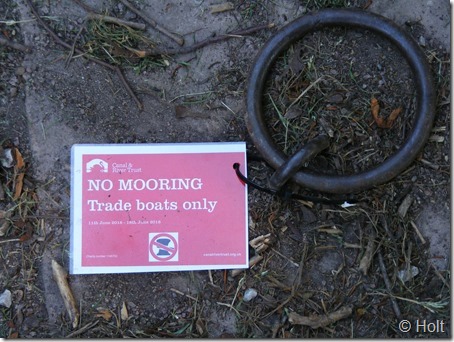 Once we were moored up a put a second coat of grey paint over this mornings efforts but there are rather a lot of bits floating around in the air here as we are almost under trees. 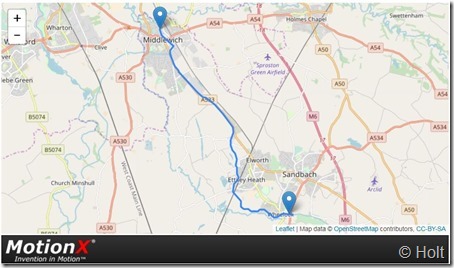